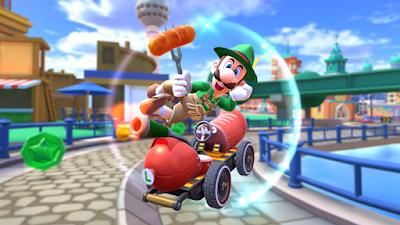 The Mario Kart Tour game for smart devices has offered in-game racers a wealth of rocket-fueled recreation around the world, all from the palm of their hands. This month, everyone’s invited to glide and spin through glamorous Berlin. The new Berlin Tour event is available to play now, and runs until Jan. 26 at 9:59 p.m. PT.
In the real world, people can often spot Berlin’s signature red and green men, known as Ampelmännchen, adorning its pedestrian crossings across the city. It’s only fitting that Mario Kart Tour’s visit to Berlin brings its own signature red and green men: Mario and Luigi! Of course, whenever Lakitu’s light turns green, it’s time to burn rubber, so this tour’s featured driver is the mean, green racing machine, Luigi. 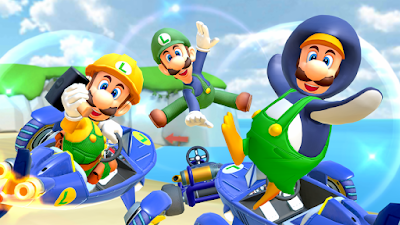 Luigi’s dressed to impress with some traditional German flavor in week one of the Berlin Tour – you’ll be able to deploy him in his jaunty new lederhosen getup! It’s fair to say Luigi’s rarely looked this lustrous. Better buckle up, because he’s ready to let loose with some tire screeches in his leather breaches. Try out the new Fast Frank kart or the Butterfly Wings glider, too, for a scenic ride past the iconic Berlin TV Tower. 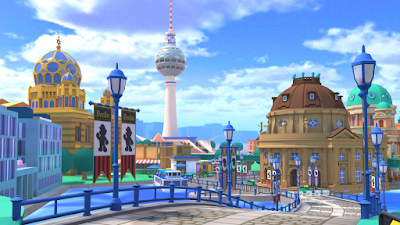 In week two of the Berlin Tour, Luigi continues to mix it up with the addition of Penguin Luigi, Builder Luigi and Luigi (Classic). Choose from new additions such as the Sushi Racer kart and the Blooper Wingtip glider as you continue your tour through the sights and sounds of Berlin. Keep your eyes peeled for famous landmarks such as the neoclassical monument, the Brandenburg Gate, and the historic East Side Gallery. 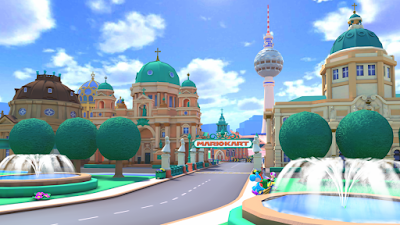 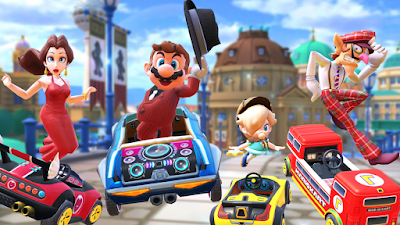