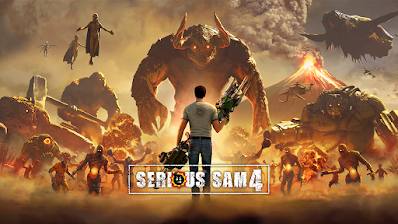 Prior to writing my last article I reached out to the same developer for Serious Sam 4 that I spoke to when the naked harpy controversy first kicked off. Unfortunately, he did not reply until after that article was published but I am now going to discuss the new comments he made to me in regards to the situation.

When I reached out to the developer I skipped the niceties and asked about the harpies in Serious Sam 4, saying "You informed me that the Harpies in SS4 would not be censored, yet they have their breast covered in the final game. Why is that?" The developer replied back "Hey man, when we were talking you have seen images yourself. I was not trying to mislead you in any way.  You have seen everything with your own eyes." This is 100% accurate and true, the models shown off in the teaser trailer for Serious Sam 4 were uncensored and had bare breast on full display. 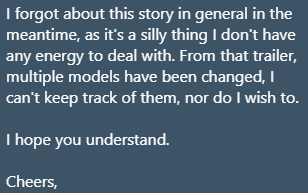 Of course, I couldn't just let it go so I pressed further saying "The in game models are different than the ones in the cut scene trailer and the in game models have covered breast. You should have shared this information." The Serious Sam 4 developer came back saying "I forgot about this story in general in the meantime, as it's a silly thing I don't have any energy to deal with. From that trailer, multiple models have been changed, I can't keep track of them, nor do I wish to. I hope you understand. Cheers."
I'm not sure I completely believe this statement. The Serious Sam 4 harpy issue was a pretty big deal and when I reported that the game would not be censored it was seen as a pretty big win for gamers. For the developer to say he forgot about the story seems like he is trying to brush the issue off as being no big deal.
It is true the model in the teaser trailer is different from the model used in the final game, gold bikini aside, but the developer failed to comment on why the model was changed to have covered up breast. It is possible that this was simply a design decision by the art team but I feel like the developer would have mentioned it if that was the case.
What is a more likely explanation for the sudden model change is that the developers were trying to appease someone. Just looking at the in game description for the harpies we can see they are said to be "oversexualized" in appearance yet they are in no way oversexualized. Seeing as Serious Sam 4 was signed to Stadia as a timed exclusive, it isn't unreasonable to think they had a hand in the design being changed. That's my theory anyways, what do you guys think? Was the harpy's final design a natural result of artist deciding to create what they want or did someone put pressure on the developers to cover up them harpy nipples? 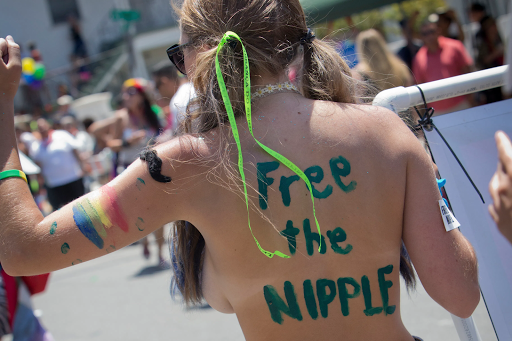