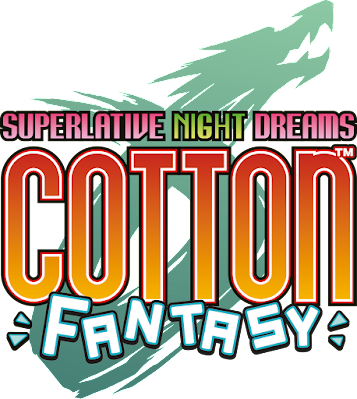 Only one more month to go for brand-new Cotton cute 'em up action!
New Trailer - Switch & PS4 coming 20 May
Stuttgart, April 20th, 2022. ININ Games is proud to announce that Cotton Fantasy is launching in one month, on May 20th, for Nintendo Switch and PlayStation 4 (PS4), both digitally and via retailers worldwide, as revealed in a new trailer!
After the critically acclaimed remaster Cotton Reboot! delighted fans in 2021, Cotton Fantasy now marks the full rebirth of the series, with a brand-new entry. Only one more month to go until fans around the world can get their hands on this modern and high-octane "Cute 'em up" shooter! To play the game on launch, fans can already pre-order from a variety of local retailers for $/€39.99, a full list is available on the ININ Games website. 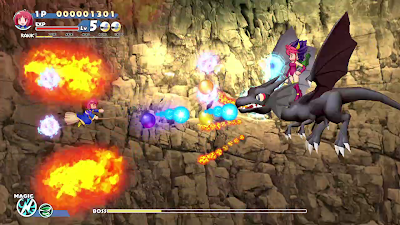 Nintendo Life rated Cotton Fantasy as "Great 8/10", especially praising the amount of content and variety on offer: "Cotton Fantasy brings so many different experiences in a single shmup that it may as well be a compilation release. Few shmups offer so many ways to play, nor deliver such an enchanting world quite so alive with personality". 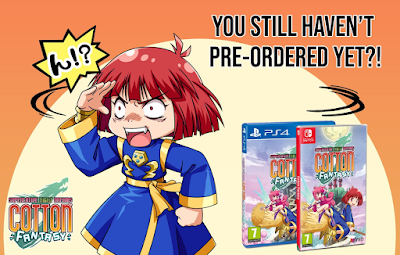 Eager collectors also have the chance to secure a limited boxed edition from Strictly Limited Games or Gamesrocket. The Limited Edition comes at the same price as the retail edition but with alternative cover artwork and a game manual not included in the retail edition and will start shipping in May. Also available is a highly limited Collector's Edition with exclusive, magical collectibles, including the official Cotton Nendoroid figure. This edition will start shipping a little later though.
About the game:
Something sinister is in the making – the willows are vanishing from Fairyland and the Fairy Queen entrusts Silk with solving the case. Who could be behind this devious ploy?
For a promised lifetime all-you-can-eat supply of tasty willows, the little witch Nata de Cotton is willing to help her old friend out and embark on another adventure together, to save the Fairyland.
Cotton Fantasy sets the stage for another fantastic adventure, 30 years after the Cotton series initially premiered, with lots of features to offer:
For more information, head over to ININ Games.

What Inspired: The Uncharted Series

After the success of the Jak and Daxter series on the PlayStation 2, Naughty Dog decided it was time for the series to take a rest. However, that wasn't the end for Naughty Dog's career. It was merely the beginning of something big. Something that would surpass their past projects in terms of sales, recognition, and graphics. Shortly after Naughty Dog was done with Jak 3, a team consisting of talented staff members was assembled to work on a brand new IP. The new IP would look entirely different than the Jak and Daxter series, and would be created to be a suitable new title for the new hardware at the time (Sony's PlayStation 3).   Naughty Dog had bigger ambitions and wanted to create a more sophisticated blockbuster with realistic graphics, realistic human characters and breathtaking visuals unlike cartoonish ones seen in previous games. Thanks to the PlayStation 3's advanced technology, the developer was able to make their ideas become a reality. And so their new fran