Sora's Release in Smash Ultimate: Thoughts and Impressions from a Smash Pro Player

When the Kingdom Hearts protagonist, Sora, entered into Super Smash Bros. Ultimate, the roster was finally complete. With all 79 character slots filled, the days of hoping for your favorite character to appear in the game are over. All that's left is the potential for balance patches to follow in the coming months.
I can't stress enough how important Sora is as a pick for Smash Ultimate. He's one of the most popular characters, even compared to most of the DLC choices. As such, Mr. Sakurai took special care to make his moveset easy to get into and likely to be an amazing choice for tournaments. I would love to get into how his weight, floatiness, and combo game will make him be a unique choice even among the rest of the anime swordsmen of Smash.
I would also like to address the Classic Mode, content that comes with Sora, and the balance patch.
Sora in the Meta
On a personal estimation, I'm looking at Sora as a potential high to top-tier character. The impressions I've seen from other players indicate that he is quite floaty which could hurt his disadvantage state. However, his recovery is stellar and quite possibly the best in the game. Furthermore, this extends to his ability to KO early off of edgeguarding.
All things considered, I have little reason to believe Sora is anything less than high tier. The two Fighter Passes we received included DLC which all range from upper-mid to top tier. Sora will be for the player who wants a lighter character with range, exceptional recovery options, projectile mixups, and incredibly safe Smash attacks.
Classic Mode
Sora's Classic Mode takes him against "dark" characters. Ranging from Dark Samus to a Mr. Game & Watch team to represent the Shadow Heartless, Sora battles them all in Stamina Mode. This is to reflect Kingdom Hearts' gameplay as well as showcase the special KO screen inspired from Sora's home series.
My only disappointment is that it does not end with Sephiroth. This might be to withhold DLC boss fights for players who did not purchase the Fighter Pass. This is unfortunate because Sephiroth made appearances in Kingdom Hearts I and II as a superboss.
Kingdom Hearts Content - Music and Spirits
When Sephiroth came to Smash Ultimate, he came with sorely-wanted remixes of music from Final Fantasy VII as well as Mii Costumes and Spirits. This stems from how, in Smash 4, Cloud received only two non-remixed songs, a single stage, and very little extra representation compared to other newcomers to the game. This also reflected Square-Enix's stinginess regarding their copyrights.
Unfortunately, a similar case to both Cloud and Hero occur with Sora. No original remixes from Kingdom Hearts in Smash. While Sora does come with several Spirits, the only way to get any extra arrangements is by having save data from Kingdom Hearts: Melody of Memory on your Switch. This does not count for the demo.
Note that, despite the unabashed copyright lockdown on the part of both Square-Enix and Disney, Sakurai and Nintendo were able to get Sora into Smash.
Balance Patch
As with past character updates, Smash Ultimate Version 13.0.0. came with a hefty character balance patch. Among the most notable changes include buffs for multiple low and mid-tier characters. Jigglypuff, Dr. Mario, Zelda, Incineroar, King K. Rool, Lucario, Rosalina & Luma, Ridley, and Little Mac all received noteworthy changes. I strongly recommend checking the above link for specific updates and how they will affect the characters.
With this being the final character addition to Smash Ultimate, it does not entirely rule out the end of balance patches. While certain top tiers, such as Joker, Pikachu, Sonic, and Min Min rank among the meta's top threats, others have fallen off the viability charts. Ike, Corrin, and Ganondorf rank among the lower tiers that would benefit tremendously from proper buffs. There's also the notable disparity between Chrom and his Echo Fighter, Roy, the latter of which makes the former a less reliable choice in comparison. Whether Nintendo chooses to alleviate this with Chrom buffs, Roy nerfs, or both, we can only hope for at least one more balance patch.
Also, consider that Nintendo patched Smash 4 after the final DLC, Bayonetta, was released. While this was only a mild nerf that ended up impacting nothing in the meta, Ultimate has maintained a tremendous job of balancing the roster. As such, I would not rule out that Sora or other DLC and top-tier characters will receive adjustments in the coming months. 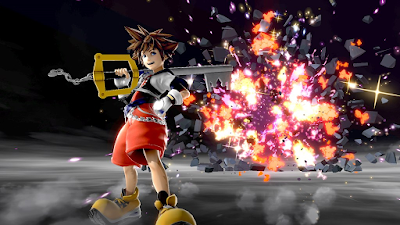 Final Thoughts
I still need more time to play as Sora and get a feel for him. I'm personally not one to use lightweight characters in most games. However, as a longtime Kingdom Hearts fan, I look forward to trying him more. I would like to learn Sora at least just in case he has the potential to become a secondary or even a fun friendlies character.
Sora truly has what it takes to shine in the game's competitive meta. His edgeguards, reach, neutral options will surely help him become a strong competitor. Expect to see him in many tournaments over the coming months.
Honestly, you couldn't ask for a better character to wrap up this amazing game's DLC run. Smash Ultimate's 79 character slots come from some of the most stellar titles in gaming history. Kingdom Hearts is no exception and this beloved series finally meets its destiny as a hallmark in Smash Bros. history.
How do you feel about Sora in Smash? Let us know in the comments below. Don't forget to Follow our social media links!