*The Geek Getaway received a PS4 review copy
Cobra Kai: The Karate Kid Saga continues was developed by Flux Game Studio and published by GameMill Entertainment(North America) and Maximum Games(Europe). It is currently available on PS4, Switch, and Xbox One for $39.99. A Windows version is planned for a 2021 release. 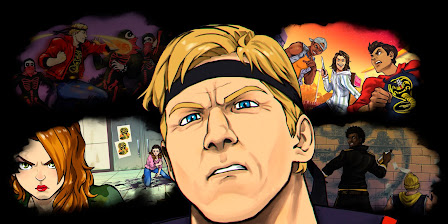 Cobra Kai is a sidescrolling beat 'em up that features both single player and drop/out couch co op. Note that the co op is only available after getting your second character for the particular dojo you are using. Each dojo, Miyagi Do and Cobra Kai, has four characters(Johnny, Miguel, Tory, and Hawk for Cobra Kai and Daniel, Samantha, Demetri, and Robby from Miyagi Do) that each share 4 special dojo moves while also possessing 4 personal special moves of their own. Further distinguishing the two dojos is the fact that Cobra Kai members use fire based attacks while Miyagi Do members use ice based assaults. Each move can be upgraded, along a forked path, through the use of coins in the dojo of the person you want to upgrade. Along with upgrading moves in the dojo, you can complete challenges and take a look at the collectables you have obtained thus far. 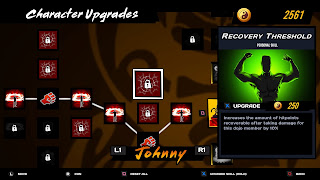 The gameplay in Cobra Kai is very stiff and clunky. Each character moves like they are swimming in molasses. Attack animations for your fighters are also slow and you may find yourself stuck in an attack animation just as an enemy goes in to attach themselves causing you to take damage and lose your combo. Speaking of combos, that is the unique feature of the game as you get a letter grade combo that increases until you get hit. The higher the combo the higher the bonus you get at the end of the level along with getting more health back when the combo ends. A combo of B or higher will revive any fallen comrade. In co op mode you share 1 combo meter so it is easy to get it to go up and down. 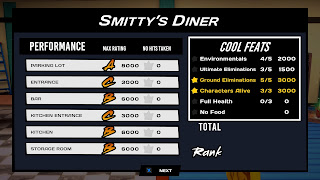 Enemies seem to remain consistent in both single player and co op modes so you may find yourself overwhelmed if you go at it solo. This, combined with the aforementioned control issues, will cause you to take quite a few cheap shots. The fact that your special moves, and your super move, use no life and are simply on a timer almost balances out the control issues but not quite. Despite this the game is still fun and you will no doubt have a blast kicking butt across all 28 levels. If you beat the game with both dojos on 1 save then you will get a shot at the real boss of the game. 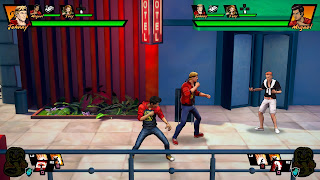 The game's story is completely unrelated to but it takes a lot of cues from the TV show. Despite this, the story is pretty basic and there are no big surprises for those familiar with the source material. Ralph Macchio(Daniel), William Zabka(Johnny), Jacob Bertrand(Hawk), and Gianni Decenzo(Demetri) lend their voices to the game and reprise their roles from the TV series. Martin Kove does not voice John Kreese in the game but Brent Mukai does a pretty decent impression of him. That said, it will be interesting to see if Cobra Kai season 3 has any Easter Eggs related to the game. 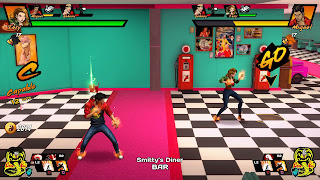 Final Verdict: Not Recommended
This was a tough call as the game is fun to play despite its clunky controls. Ultimately the $40 price tag is what stopped me from recommending this game as there are much better games of this genre for a lot less money. If you are a huge Karate Kid fan then you may want to grab this one if it goes on sale, otherwise I suggest you pick up the much smoother and cheaper Streets of Rage 4. If you want a look at the game in action, I recorded a playthrough of the first level that you can watch below.