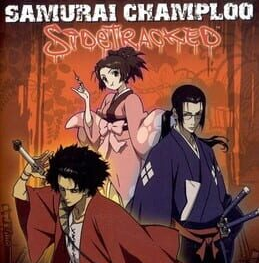 From Yu Yu Hakusho: Dark Tournament to Mobile Suit Gundam: Federation vs Zeon, it seems like every anime-licensed video game tries to emulate the show they represent in every aspect. From the combat mechanics to the atmosphere to the story to the lavish fictional world. Some of these fail miserably to achieve their intended aim. An example of such an atrocity is Gantz: The Game for the PS2. This game is terrible in so many ways that it's extremely sad to see how a well-polished manga was brutally mishandled by Konami. They could have done better but seeing how it's a budget title released exclusively in Japan, I can understand the reason.

Despite all of this, one game stood out of the horde by incorporating what made a show worth watching and reinforcing it with unique ideas that may have been a bit generic at times but were worthy of praise. To no one's surprise, the game I am talking about is Samurai Champloo: Sidetracked for the PlayStation 2.(I mean, the name of the game is literally in the title of the article) 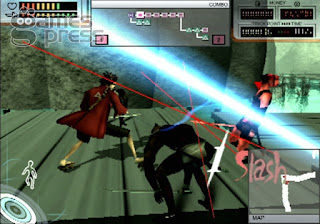 Samurai Champloo: Sidetracked is a hack & slash video game developed by Grasshopper Manufacture, whom you may know for creating titles such as Killer 7, No More Heroes, and Killer is Dead. It was published by Namco Bandai Games back in February of 2006 but didn't hit the US until April of that year. Now, when people mention Grasshopper Manufacture, Suda 51's name usually pops up into their heads. Luckily, this game is actually directed and written by him so players are bound to encounter something weird in the end. Big surprise, right?

Samurai Champloo: Sidetracked's story puts you in the shoes of Mugen, Fuu and Jin's as they settle into a village for a rest after a long journey. Of course they find themselves stuck inside a disastrous mess instead of getting some well deserved rest. Different kind of enemies from mythological creatures to ninjas and bandits surround them looking for a fight. Bear in mind, that every character has his own specific storyline that nudges the player to go through the game several times in order to experience a different set of adventures.

On the other hand, the title of the game itself refers to the plot's nature as a kind of a side story to the original show. While the story in the game may seem to steer away from the anime every now and then, it succeeds at retaining a connection with the overall plot as a whole. 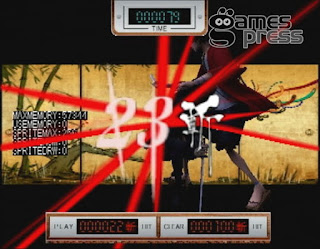 The gameplay is where Samurai Champloo: Sidetracked shines, especially how Goichi Suda handled it. The game emulates the tone of the anime pretty well, with the mixing of sword combat and hip-hop music. Surprisingly, these soundtracks play a significant role since they change the fighting style of both Mugen and Jin,  and each soundtrack holds a different playing style. The aforementioned music can be either catchy, annoying, or random, yet, they'll still find their way to make you like them regardless. In addition to this, you can buy different tracks after finishing the mission in the town. Bear in mind that the game only allows the player to only bring 2 tracks with them to the selected stage.

The use of music tracks, while making the combat a lot more interesting, doesn't save combat from its main issue; button mashing. Combat quickly turns into a button masher after getting past the first level. However, in my opinion, it isn't as repetitive as the Musou(Dynasty Warriors) games. In fact, I believe the button-mashing suits Samurai Champloo: Sidetracked in a way that sets it apart from other anime games. For example, after conducting a number of combos, special enemies with stars surrounding them will appear and the moment the player hits them you get sent to another screen where you will have to hammer all attack buttons until the enemy is dead.

The game repeats the same thing if the player manages to conduct a 100 hit combo on the enemy. A button-mashing game that will make your finger sweat. (This game is almost a complete workout for your fingers!) 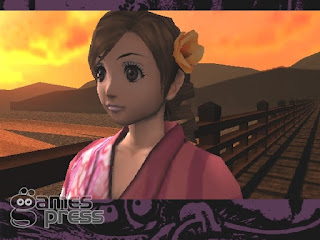 The overall visual effects of the game, when executing stylish kills, are over-the-top and infatuating. It may remind some gamers of Killer 7, since both share this similar stylistic touches which are obvious if you've played Killer 7 before trying this game. In my opinion, Samurai Champloo: Sidetracked's gameplay succeeds in emulating the show's style and feel.

Similar to Killer 7, we can notice Goichi Suda's strange sense of humor and weirdness throughout this game. For example, one moment you will be fighting random ninjas and samurais holding their swords, the next moment you'll find yourself fighting drunk monkeys holding knives in their mouth and ready to finish you off.

With all that said Samurai Champloo: Sidetracked, despite its repetitiveness at a times and how it forces you to be the lord of button-mashing, succeeds at emulating a bit of what made the original anime worth the watch. It is fantastic sword combat merged with hip-hop tracks that will always succeed at sucking you back in after you've promised yourself to burn the game.

If you are a fan of hack & slash games, this game might be of interest to you. It's also an opportunity for those who haven't watched the anime to get a glimpse of the overall plot before plunging into the original show. While the game, like every product, suffers from minor issues, Goichi Suda's magical touch will nudge you to keep coming back for more. You should be aware that the final boss of this game for both Mugen and Jinn is insanely hard to defeat. So, pro tip, drink  medicine before starting the fight. Trust me, you'll need it.