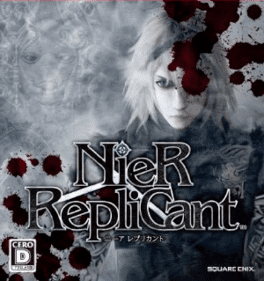 Ten years ago NieR, NieR Gestalt in Japan, was released on PS3 to some mild success. An alternate version titled Nier Replicant was released exclusively in Japan on the PS3. This alternate version of NieR, which featured a teenage protagonist as opposed to the adult one in NieR Gestalt, is going to be remastered as "NieR Replicant ver.1.22474487139..." and released on the PS4, Xbox One, and PC via Steam. Not much is known about how much the game will be changed, if the original NieR Gestalt protagonist will be playable, or if the story will have added connections to NieR Automata and the Drakengard series. A teaser trailer was released by Square Enix that you can watch below.

Per the video description...

"In the year of the 10th anniversary of NieR, we are announcing that the cult classic third-person action-RPG NieR Replicant, is to be rebuilt for PlayStation 4,  Xbox One and PC (STEAM) as NieR Replicant ver.1.22474487139...

NieR Replicant is the prequel of the critically acclaimed success NieR:Automata.

NieR Replicant ver.1.22474487139... invites players into a dark, apocalyptic world as they join a brother’s captivating quest to cure his sister of a deadly disease - a quest which will in turn make them question everything.

*All images and video courtesy of Square Enix