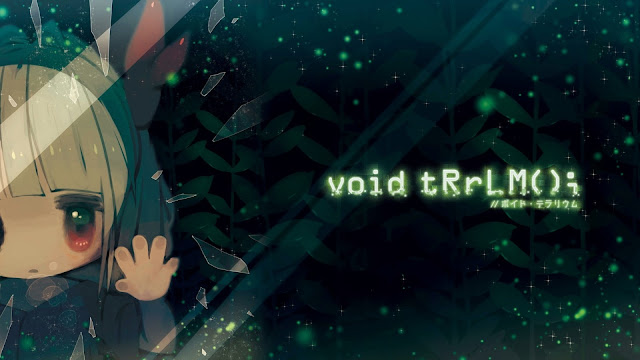 Today NIS America, associated with the Disgaea Series, announced the release date of their new game "void tRrLM(); //Void Terrarium".  Bit of a mouthful!  But it's pronounced just "Void Terrarium" as you can see by the second part of the title.

It's a roguelike with procedurally-generated maps and turn-based combat, and is from the creator of "A Rose in the Twilight" and "htoL#NiQ: The Firely Diary" (nope, don't know how to pronounce that). 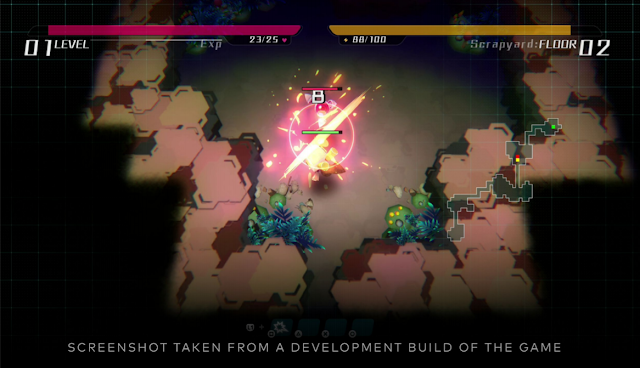 They have scheduled the game to release on the Nintendo Switch and Playstation 4 on July 10th for Europe, July 14th for North America and July 17th for Oceania.

Here is the official announcement trailer for the game:


The story, according to the press release, is thus (and following it the story trailer):

"In a world contaminated with toxic fungi, a discarded maintenance robot finds a girl named Toriko on the brink of death among the discarded junk in a scrapyard.  After nursing her back to health, it is revealed that she may very well be the last remaining human, and is highly vulnerable to the deadly conditions of the outside world.  To ensure her survival, the robot and his newfound friend, a decommissioned AI known as factoryAI, creates a refuge for her within a terrarium.  To reinforce the terrarium as well as Toriko's poor health, the lone robot must venture into the wasteland to gather resources while battling the vagrant machines and mutated creatures that roam there.  Along the way, the uncertain future of Torko's existence and with ther, the entire human race, will slowly come to light..."

In addition to the normal releases, the game will also come in a Limited Edition for both the Switch and the Playstation 4.  Features include the game, the Collector's Big Box, a soundtrack, and some other doodads.  The full list, according to the press release: 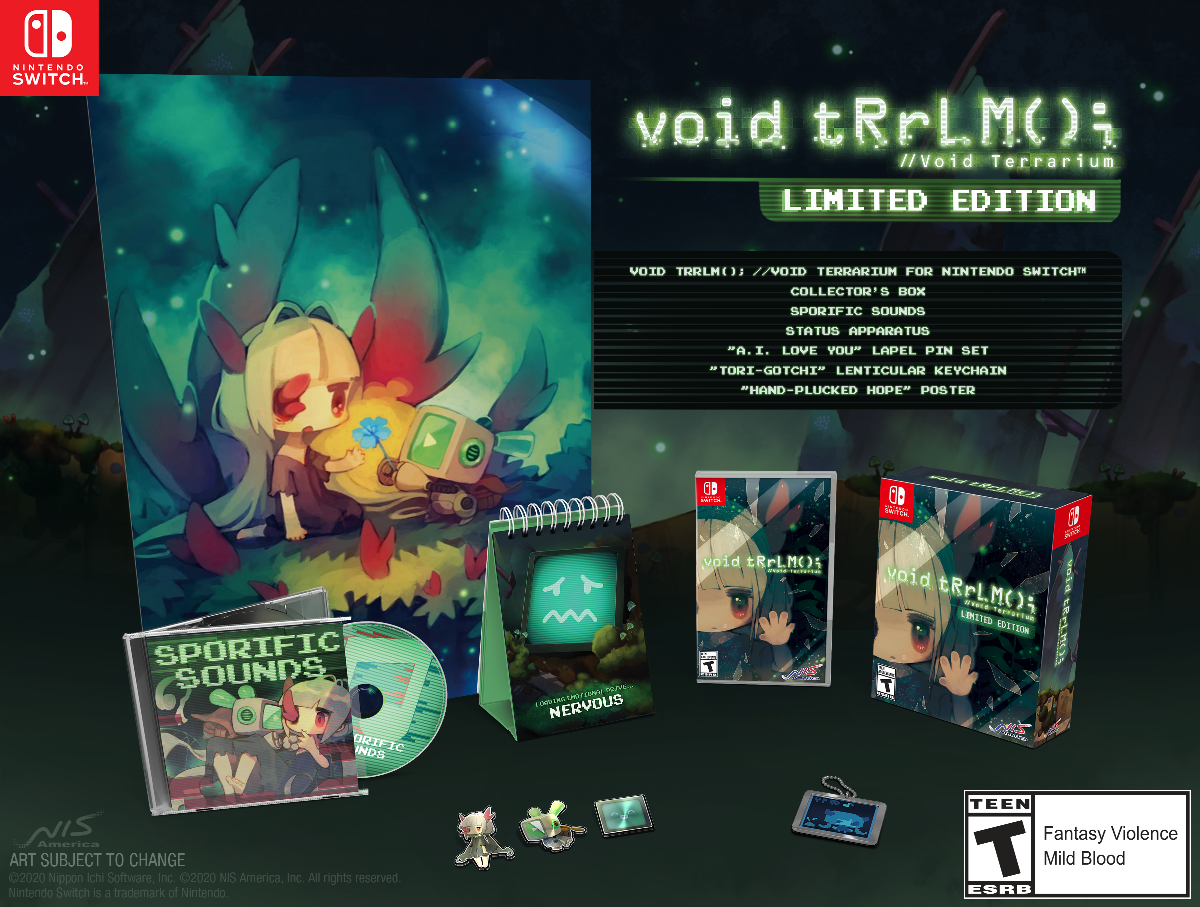 Here are some links to where the Limited Edition of this game is available for pre-order/purchase:

*all media courtesy of NIS America