Shadow of the Tomb Raider™ Definitive Edition is now available 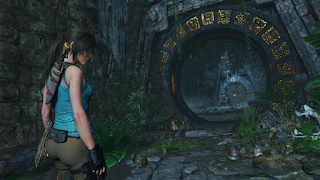 Shadow of the Tomb Raider™ Definitive Edition features the base game and all seven post-launch DLCs. Every challenge tomb, downloadable weapon, outfit and skill is included in this version. 4 additional rewards(gold versions of the recurve bow, climbing ax, AB .45 pistol, and Vicar Mark II) can be claimed from following Tomb Raider on social media and claimed from the official website.


In Shadow of the Tomb Raider, Lara must travel through a magnificent world, filled with the largest tombs in franchise history, hidden secrets, and cunning new enemies. As she races to save the world from a Maya apocalypse, Lara will be forged into the Tomb Raider® she is destined to be.