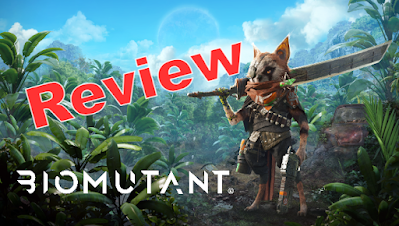 The Geek Getaway received a PS5 review copy of Biomutant
Biomutant is a 2021 PS4, Xbox One, and Windows game that got a PS5 and Xbox Series S/X version on September 6, 2022. The game cost $39.99 on all platforms and has a $2.99 Mercenary Class DLC. It was developed by Swedish developers Experiment 101 and published by THQ Nordic.
Biomutant is an open world post-apocalyptic action game that features branching storylines, a karma system, multiple choices, several different systems to increase the power and abilities of your character, and 2 main endings with some small changes based on choices you make in your journey. All of this is done in a third person view. 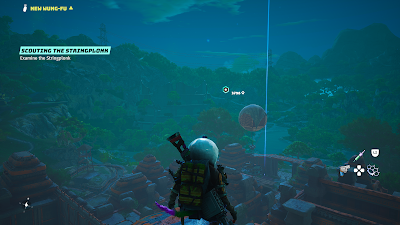 With that quick and dirty explanation out of the way, it's time to dive a bit deeper into the story of Biomutant. First off, the world of Biomutant is very much our own after a ecological disaster has completely changed the flora and fauna of the planet. While some animals have merely mutated into new forms, some monstrous and others cute and cuddly, others have gained intelligence and sentience. You take control one of these intelligent animals, after creating it in a very robust character creator, and set off to avenge your dead mother. Yes, it is a revenge plot but there are a few twists to the story. The first twist is that your mother was the guardian of the Tree of Life and with her death the tree is now vulnerable to attack from 5 gigantic beasts referred to as "Puffs". The second twist is that your mom had 6 Wung Fu students and now that she is dead, they have all become the Sifu of their own tribe and each is looking to become the number one tribe in the New World. The last twist is that the killer of your mother may not be the villain you are led to believe he is.
All that takes place in a world ruined by humans, who have fled the Earth in "Arks", and the game makes sure you never forget this. Yes, the game is very heavy handed in its environmentalist message. In fact, the game is so ham fisted at times it makes Captain Planet look subtle by comparison. Bags of garbage fill the world, building are in extreme disrepair, oil puddles, and lakes, dot the land, and several areas are deadly to those who do not have the proper hazmat suit. The constant messaging of the game turns it from a learning moment to nothing more than an annoyance. 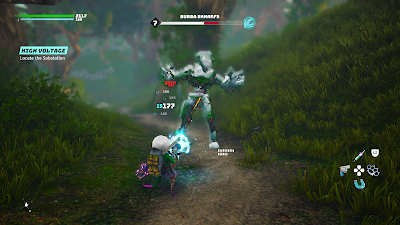 Combat in Biomutant is fluid and fast paced, combining melee and gunplay seamlessly with magic. Firing off a hail of bullets then following it up with a melee strike to end things with a ice spell is satisfying. Unfortunately, combat is few and far between most times, with only a small handful of enemies that respawn. Additionally, spells are very limited and accessible based on your karma. (Fortunately, positive/negative karma have their own meters so you can build both up.) With the wide variety of weapons you can find, and craft, it really is a shame that there are more enemies for you to defeat.
That said, your guns have unlimited bullets so you don't have to juggle ammo but a reload mechanic keeps the guns from being overpowered. Your melee weapons all have several skills you can learn but your basic attack will be more than enough for most enemies. There are also several perks you can unlock to increase attack power, reload speed, or other combat actions. 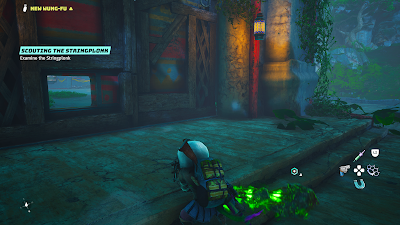 The sounds in Biomutant are atmospheric and fit with the world but it is mostly quiet due to the fact it is a dying planet. The visuals however is where the game really shines. Everything in the game looks gorgeous. Your fur moves in the wind, the plants are very detailed, the items you equip come to life with lots of nice details. You can tell a lot of love and care went into crafting the look of Biomutant and it really is a shame that the game isn't as great as it looks. 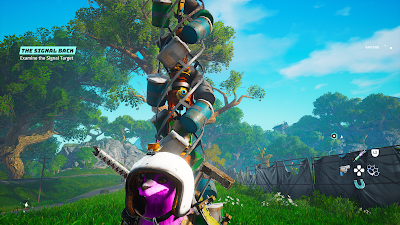 Final Verdict: Not Recommended!
Biomutant is a very fun game when you are allowed to fight things but it drags in all the moments in-between. Dialogue goes on for far too long, is too heavy handed in its message, and accompanied by annoying gibberish noises from the NPCs. Loot is far too random in its distribution and you will often find weapons and gear well below the power of the things you are already wearing. Additionally, there are several "danger zones" that the game wants you to wear special hazmat suits to navigate BUT you can use your upgrade biomutations to increase your resistances as well as wear gear with said resistances so you can traverse those areas even before you find the special suits.
The boss battles are very fun and they feature a few unique gameplay mechanics but, once again, they are too few and far between to really drive you forward. The big "twist" about the main antagonist Lupa Lupine is predictable yet satisfying, however the game still allows you to choose Lupa's ultimate fate in a choice that determines the ending you get. Speaking of the game's ending, you can complete the entire thing in just over 12 hours if you skip all the side missions and blaze through the dialogue. Even with all the side quests and odds and ends in the game you are only looking at about 25 hours of content. With a $40 price tag and such a short amount of content, although there is a new game plus mode, I can't really recommend this game as there are other games priced the same that feature much more content.