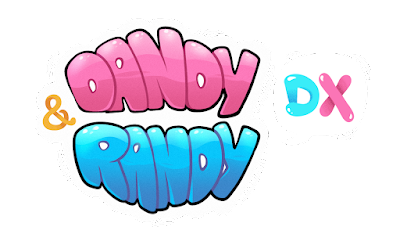 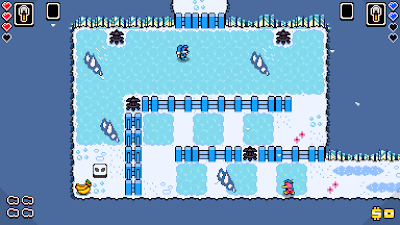 Flipping through the Eshop can be a tiresome and overwhelming process these days. A buffet of digital experiences all at our fingertips and the choices are not as easy as one would think. Enter Dandy & Randy DX for the Nintendo Switch. A top down action adventure puzzler who's main goal is to whisk you back to a day when graphics were simple and chiptunes were king.
The game starts with a classic retro inspired cut scene which fills you in on Dandy and Randy's current dilemma... financial woes. To pay their bills the pair hatch a plan to travel to Sunrise Island in search of the Celestial stone, a stone in which many have pursued but none have succeeded in excavating.
Dandy & Randy Dx will take you through six levels all with different themes in search of the celestial stone. Things here work like most traditional games ramping up difficulty as you progress and unlocking tools to help you navigate the maze like levels you will encounter moving forward. Items such as running shoes, a hook shot and a hammer will get you thinking outside of the box. These bits are your standard fare and do nothing to revolutionize the genere which in turn makes the game feel very average. Boss battles are fun but nothing special with the first being a giant squid and probably my favorite in the entire game. 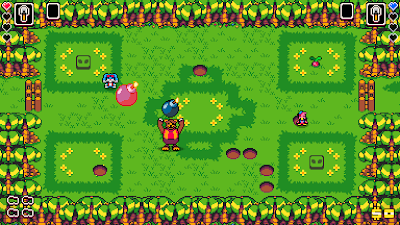 The game features two save slots, three difficulty modes, multi-player and a couple of characters which can be unlocked through the progression of the game. Practice mode will let you play through the game without taking damage, an invincibility shield for those who are less skilled. Normal and Hard modes are pretty much what you've come to expect when it comes to video game difficulty. The game offers drop in coop multi-player which is a nice addition for those looking to play with someone else.
Characters Molly and Sally can be unlocked through progression as mentioned before but these characters don't bring anything new to the game as each character works generally the same by digging for coins.
Where the game really shinned for me was in its chiptune score. Mark Sparling delivers a new track throughout every level making getting to the next area a real joy. I did however experience a sound glitch through my playthrough and the choice to add a small jingle to the digging mechanic was a bit annoying throughout the course of the game. 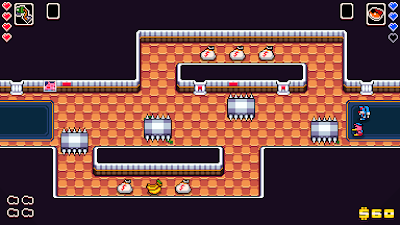 Final Verdict:
So was Dandy & Randy DX the hidden gem I've been looking for or just another pair of average bones that should be left unearthed for time to consume? For a guy who's knee deep in modern retro games I did enjoy this title but I feel there are better games more deserving of your time. If you're looking for a game to play with less experienced gamers or your children this may be the game for you.