Every Cancelled Call of Duty Game

The Call of Duty franchise is renowned for its slew amount of titles. Similar to other big franchises such as Battlefield, Activision’s franchise has been running for years now, and with the support and the overall success it has been enjoying, Call of Duty won't be dying anytime soon.

However, did you know that not every entry in the franchise made it out of the development cycle? Or, never had the chance to shift from a possibility to reality? That is why today we will be talking about every canceled Call of Duty ever.
Call of Duty: Vietnam

Initially titled Fog of war, Call of Duty: Vietnam was to be developed by Sledgehammer Games and directed by Glen Schofield, the guy who directed the titular Dead Space game. Vietnam would have tackled the wars that occurred in Cambodia, and Laos in the 70s.
This particular entry would have been the first entry in the franchise to be played in the third-person mode. And, unlike other Call of Duties that focused entirely on making you an overpowered soldier capable of taking soldiers simultaneously, this one would’ve been different.
According to Glen Schofield, the game would have depicted the horrendous atmosphere of wars, including misery, horrors, brutality, and so forth. He says in one of his interviews: "We did a lot of research on that war. We were definitely going for some Dead Space moments. It was going to be a fresh take on war“
Reference: Game Informer
Call of Duty: Devil’s Brigade
Devil’s Brigade is the second planned third-person shooter entry in the franchise that would’ve been released to PS3, Xbox 360, and PC.
The game’s story would have taken place in World War II, specifically Italy. The gameplay would have featured several mechanics from renowned first-person shooters such as Ubisoft’s Brothers in Arms. In Devil’s Brigade players would have had the ability to give commands using the D-Pad. These Commands were: Assault, Barrage, Hold the line and Form Up.
Sadly, the developers didn’t manage to complete the game, and was ultimately canceled due to unknown reasons.
Reference: Call of Duty Fandom
Call of Duty: Tactics
There is little to no information about this one other than a planned strategy game that was in development by Vicarious Visions. According to a shared prototype video by Steve Nelson’s online portfolio, Call of Duty: Tactics’ gameplay would have been similar to a SEGA Genesis title known as General Chaos.
Reference: Game Informer
Call of Duty Real-Time Card Game 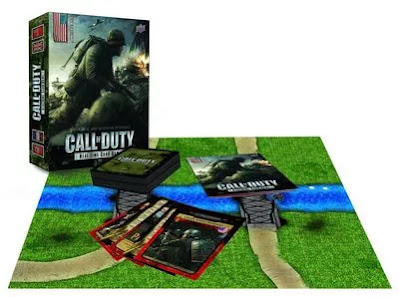 A Real-Time Card game that was to be produced by Upper Deck Entertainment, a trading card company. The game was set to release back in 2008, but unfortunately, the game was never published. Similar to other Card games, it was recommended for two players.
Reference: Boardgamegeek
Call of Duty: Combined Forces 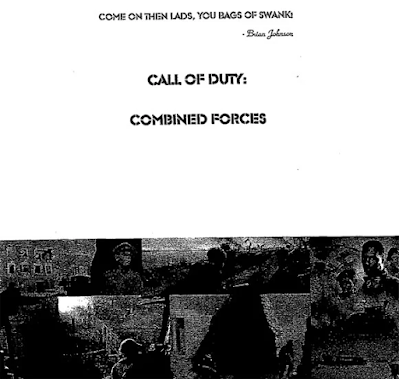 Upon the completion of Call of Duty Finest Hour, Spark Unlimited pitched a sequel to the aforementioned. Due to the first game taking over $8 Million in development and legal issues with EA back in 2003, Activision had to turn down the pitch and immediately cancel any hope of a sequel to Finest Hour.
Reference: Gamasutra
Call of Duty Roman Wars
Internally referred to as Fireteam, Call of Duty: Roman Wars is a scrapped entry that was in development back in 2008. There is not much to say about this other than it being played from a top-down perspective.
Since the game would have been set in the Roman Wars era, specifically the Battle of Alesia, players would have taken the role of a member of the Tenth Legion, Julius Caesar's elite force of troops. Weapons would have included bows, shields, spears, and also the ability to ride a giant elephant while you destroy your enemies.
Reference: Games Radar