After finishing Legacy of Kain: Defiance, players were eager to see what the developers had in store for them. The wait took longer then expected and when news finally broke fans received quite a shock; Legacy of Kain: The Dark Prophecy had been canceled. Since then, nothing much has been heard from the Legacy of Kain franchise. Square Enix did try to revive the franchise through a reboot title called LOK: Dead Sun, but that particular title has also been canceled. Now, the franchise is in a deep slumber, and nobody knows when will it ever be getting a follow-up if it ever.

Legacy of Kain: The Dark Prophecy was to be developed by Ritual Entertainment, known for the SiN games, with assistance from Crystal Dynamics back in 2004. The game was meant to be the sixth in the timeline and a follow-up to LOK: Defiance.

We can always look back at what Legacy of Kain: The Dark Prophecy could've been while hoping Square Enix would re-consider reviving the franchise in the future. If Medievil received a remake, Legacy of Kain can too. 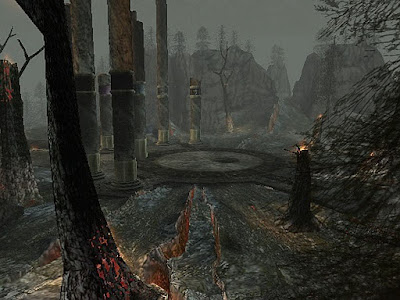 Once again, players would have had the chance to play as the vampire Kain who will explore the mythology of the Hyden and the Demon Realm thoroughly. Many familiar characters from past games would have seen a return, like the titular Raziel and Ariel. A tech demo set in Malek's Bastion was created before production ceased. The Malek's Bastion would have had places that reminded of Blood Omen.

Looking at what I've gathered from the internet, The Dark Prophecy looked promising and had the potential to be the best game in the series. It would have had brought players to familiar places already seen in Blood Omen and Soul Reaver, as well as, introducing a younger version of Kain. Kind of similar to what we saw on Soul Reaver 2.
Unfortunately, the project ended within three to six months in development. Hence, it's difficult to learn more about what the aforementioned could've been. Luckily, there are enough details scattered all around the internet to fuel one's imagination about the planned events. 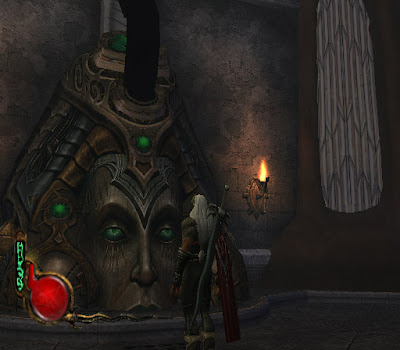 Looking at the screenshots, it seems that Dark Prophecy would've used the same Defiance engine, given that it was in development shortly after the release of the latter.
In Legacy of Kain, players would have started their playthrough with Kain entering the demon realm while exploring the surroundings, and meeting with memorable characters such as Janos Audron and Hylden Lord.
It is said that similar to Defiance, Dark Prophecy could have involved parallel stories where players can switch between two versions of Kain: the young self from Blood Omen, and the present one from Defiance. 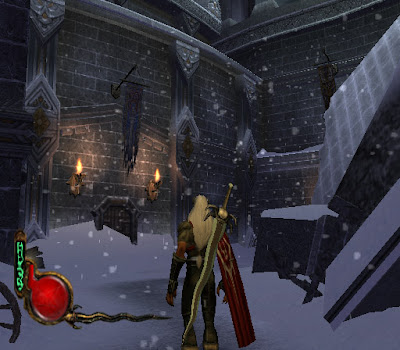 One fascinating thing about Dark Prophecy is that Kain would have had new abilities. Just reading about them makes one's blood boil with excitement. The new ability included a beast mode that resembles that of a wolf. Dark Prophecy would have returning abilities already implemented in previous Blood Omen games. Such as Beguile, Mist Form, and Wolf Form.
We can only hope that Square Enix revives this franchise as it has a deicated audience that is willing to do anything for a revival. The franchise is a masterpiece in terms of storytelling, the obscure lore,  the plot twists, the gameplay, as well as, the atmosphere, and the gameplay just keeps getting better with each new game. Square Enix has committed a serious mistake by abandoning this IP that has the potential to compete with the biggest titles in the industry.
Images Source: TheLostWorlds
Information Source: LokFandom