The Saints Row series has got to be one of the craziest series ever made. It started development back on the PS2 as Bling Bling before the developers switched to the Xbox 360 and ended up changing the name as well. The first two entries were regarded as GTA clones which introduced nothing to the table. However, with the release of Saints Row 3 and 4, the franchise just went nuts with the new mechanics. Players were able to run around the city while destroying and throwing stuff all over the place. Kind of similar to the chaotic open-world game, Prototype.
Saints Row franchise consists of 7 games, and a spin-off titled " Agents of Mayhem ". However, what you don't know is that the series, just like Silent Hill, had a plethora of games that were ultimately cancelled. Today, we will be taking a look at every cancelled Saints Row game, enjoy.
Saints Row: Undercover (Cancelled-2009) 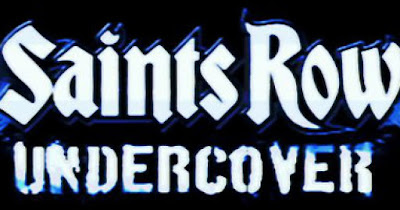 Saints Row: Undercover ( or known as Saints Row: The Fall in its early cycle of development)  is a cancelled entry in the Saints Row franchise which was planned to be released on the PSP back in 2009. The aforementioned was intended to be the first Saints Row game to ever be released on a handheld. However, sadly, it never happened.
Originally, the game started as Saints Row 2 by Mass Media Games, and later Savage Entertainment.  Both of these studios realized the hardware limitations of the PSP at the time. As a result, the idea of porting of Saints Row 2 was scrapped, and the team began developing Saints Row: Undercover. This one was intended to be different, with a new story, and a new protagonist. It starred an undercover cop joining the 3rd Street Saints under orders of Commissioner Bradshaw in order to stop a civil war inside the Saints that was tearing Stilwater apart.
Unfortunately, this one was also scrapped as both Volition and THQ thought that the game wouldn't sell. Luckily, There's a build of Saints Row: Undercover which you can find online, and can be played using the PSP emulator. Be aware that the latter is glitchy and lacks textures pop-in.
Source: Fandom
Saints Row: The Cooler (Cancelled-2010) 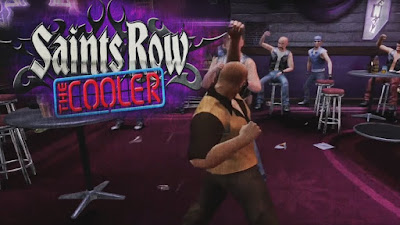 Saints Row: The Cooler is a cancelled brawler game set in the Saints Row universe. It was planned to release on Xbox 360 and PS3 back in 2010. However, it was later cancelled. The aforementioned was in development by Heavy Iron Studios in Los Angeles and was funded by THQ.
The story of Saints Row: The Cooler was to put you in the shoes of a bouncer. Where you go to a bar, pick a fight and smash people. Other than that, there's not much information out there.
This cancelled entry was intended to take advantage of PlayStation Move and Microsoft's Kinect features. If this game came to existence, it would have been the first to implement such features.
Source: Unseen64
Saints Row: Money Shot (Cancelled-2011)

Saints Row: Money Shot is another cancelled game which would have been released on the Nintendo 3DS, the PlayStation 3 via the PlayStation Network, and the Xbox 360 via the Xbox Live Arcade.
The objective of the game would have been to control a speeding bullet. Pretty much similar to the sniper mechanic in Singularity game. At the start of each mission Cypher, the protagonist, will load the select bullet into her sniper rifle and press RT trigger to fire the bullet.
The game was almost ready, but it was sadly cancelled due to executive decision to drop the game alongside the original version Saints Row: The Third and feature unlockable rewards for use in the core game.  Luckily, these rewards would later be featured in the Money Shot DLC pack for SW3, following the cancellation of the arcade title.
Luckily, you can play this using an Xbox 360 emulator, but looking at the early stages of the emulator, I doubt it will even boot up for you.
Source: Fandom
Saints Row: Wii Port (Cancelled-2006) 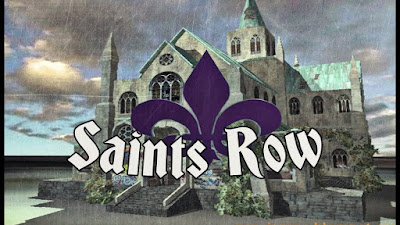 After the release of the original Saints Row 1 on the Xbox 360, there were plans to port the game unto the Wii. However, none of that happened. It could be because of technical difficulties, or maybe because the game would have looked less graphically impressive than the X360 version.
On the one hand, there were plans to develop a Saints Row game specifically for the Wii U. Sadly, Nintendo pulled the plug day 1 before production even started.
Sources: Unseen64, NintendoEverything
Saints Row: Drive-by (Cancelled-2011) 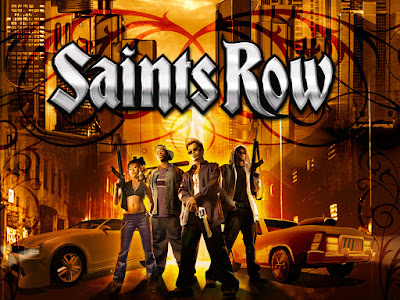 Back in 2011, there were plans to develop a Saints Row game for the Nintendo 3DS titled Saints Row Drive-By. It was also intended to release on Xbox Live and PlayStation Network. However, all hope was lost in a THQ representative dropped the shocking news by confirming that isn't in development.
The story of this one was to revolve around a Taxi driver who was hired by a judge to drive around the city and find hookers for him, and delivering them in time.
Unfortunately, there are no screenshots nor any gameplay videos about this one.
Source: Nintendolife
Saints Row: The Third – Enter the Dominatrix (Cancelled-2012) 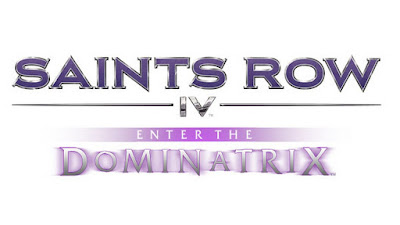 Saints Row: Prime ( or known as Saints Row: Part Four) was the original sequel to Saints Row: The Third. The aforementioned was planned to release the PlayStation 3, Xbox 360, and maybe PC back in 2012.
The game would have revolved around Johnny Gat who had been killed off in the last game, being brought back to life by being cloned but the new clone of Johnny Gat would have been evil and would have brought back history's most evil people such as Genghis Khan, Cleopatra and even Joseph Stalin.
The developers had intentions to implement new several mechanics that weren't present in the final game. However, what's fascinating is that the aforementioned would have featured ideas such as monster trucks and a side-scrolling, beat-em-up mission.
The reason behind the latter's cancellation was the financial troubles that Volition's publisher, THQ were going through back then.
Source: LostmediaWiki