[update]*editors note, most of these games never left the concept phase.
The Silent Hill franchise has got to be one of the scariest horror series, if not, the scariest game series that ever set foot on the gaming industry. The latter has put the players in the shoes of different characters as they walked through their own nightmares. The series has certainly succeeded to keep gamers awake with its psychological horror emanating from the gripping narratives and unique monster designs.

Surprisingly, the franchise is still discovered to this day by those who are willing to stay awake at night. However, many entries in the series were cancelled due to various reasons. That is why we're going to talk about these games today. When looking back, these entries felt quite promising and it's a shame they ended up being cancelled.
Silent Hills (Cancelled 2014) 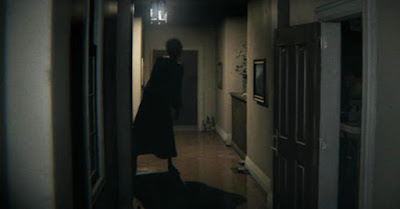 Silent Hills was way too ambitious for its time considering how the graphics looked ground-breaking and over-the-top infatuating. Unlike other previous entries, this one was to be directed by Hideo Kojima. In addition, the game reunited Guillermo Del Toro, Norman Reedus, and Junji Ito together as they were working on the game.

Silent Hill P.T looked entirely different compared to other Silent Hill games, but it managed to retain what made Silent Hill a nightmarish journey. On the one hand, nobody was certain what the game would have been if it was finished by Kojima Production. However, fans were excited to see what Kojima was cooking for them.

Unfortunately, In April 2015, Konami pulled the trigger by cancelling the game due to a conflict with Kojima at the time. As a result, the latter was fired along with other known creators from Konami. That decision from Konami would be met with criticism and insults by journalists and fans who were upset after hearing about the news. 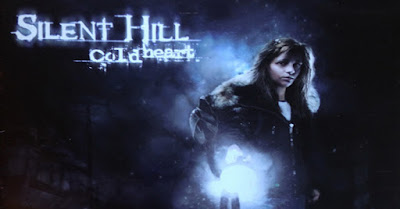 Unlike the final vision, the pitch would have followed a female protagonist called Jessica Chambers as she decides to take a trip to visit her parents. However, in doing so she becomes trapped in an enormous snowstorm. To save her herself, she will follow an ambulance in hopes of finding a safe place. What she will realize after is that she is now in Silent Hill.
Compared to Shattered Memories where running is your only way to avoid enemies, this pitch would have combined elements from previous games while not neglecting Melee Combat. However, these combat moments were meant to take advantage of the Wii controller in order to create a real and intense experience using improvised weapons. 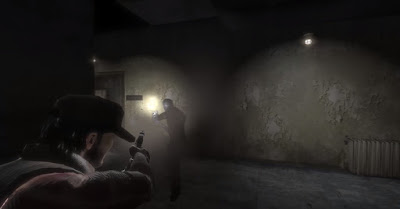 While Climax Studios was working on Silent Hill: Origins at the time, they approached Konami with a pitch to bring the franchise exclusively on the PS3 back in 2006. Unfortunately, the project was never greenlit by the Japanese publisher and it remained nothing but a possibility.

Thanks to the internet, we can still gaze at a handful of footages of this cancelled pitch shared by a Youtube user known by the name of PtoPOnline. After taking a glance at those footages, it seems that the game would have followed a priest named Hector Santos, and would have been set in the American Southwest. When it came to the gameplay and the story, it looked like the game has borrowed certain elements from Silent Hill: Origins and Siren series since the game was pitched as an episodic release, granting smaller segments of gameplay that would chain together.
Source:PtoPOnline
Silent Hill 3 and SH 5 plans (2003-2006): 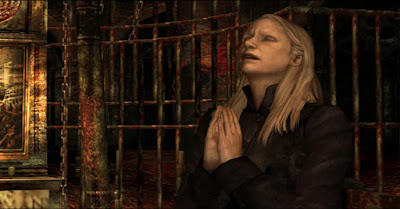 Before Silent Hill 3 was born, it went through a cycle of plans. At first, the story would have continued with the concept of inner fear used in Silent Hill 2. However, due to the slow sales of the latter at the time, Konami pushed Team Silent to create an Arcade-style rail shooter spin-off similar to Silent Hill: The Arcade. The team rejected the idea instantly and the process wasted much of the budget and development for Silent Hill 3.

A period after the release of Silent Hill 3 and 4, Team Silent began re-purposing their original Silent Hill 3 ideas for Silent Hill 5. This decision was because of the underwhelming response to Silent Hill 4 by fans and critics. To counter this response, Akihiro Imamura wanted a strong fifth instalment which would bring the franchise back to its knees. The game would not have followed the same gameplay style as Silent Hill 4. Instead, it would focus on a more dramatic otherworld that takes advantage of PlayStation 3's technology.

The planned story of Silent Hill 5 was to focus on a damaged human being summoned to Silent Hill for a certain reason. Akira Yamaoka described the story as '' the darkest story we have come up with ''
Other unique features which the game would have featured is that the next planned entry would have started off in Silent Hill as an everyday town with people going about their lives, which would slowly begin to rot away as players progress in the game.
Silent Hill 5 was meant to have innovative ideas not implemented in other previous entries at the time. We can only hope Silent Hill 5 will one day become a reality rather than a mere possibility.
Source: Silent Hill Fandom
Silent Hill DS (2006) : 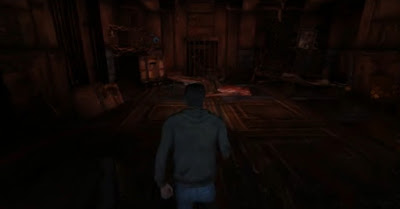 Seems like 2006 was a busy year for Silent Hill with several developers pitching ideas to Konami for a Silent Hill game, and this one is no exception. [Update: The incorrect developer was attributed to Dementium: The Ward but that has been corrected thanks to someone in the comments.] RenegadeKid had been rumored to be working on a new Silent Hill exclusively for the DS, unfortunately, Konami turned down the idea as the latter did not want to invest into the Nintendo DS gaming at the time. As a result, the project would turn out to become Dementium: The Ward.
Source: Another Silent Hill Fandom
Silent Hill (2013): 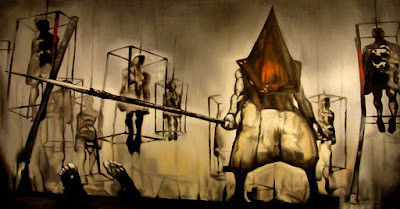 Back in 2013, Masahiro Ito was involved in a direct sequel to the franchise similar to what Team Silent did with Silent Hill 3. Since he designed Pyramid Head as James Sunderland's spirit to uncover the latter's twisted thinking, he was, on the other hand, displeased with the triangle head was treated in later entries. (e.g Silent Hill: Homecoming).

Since it was impossible to convince Konami to make a game without Pyramid Head because of the brand recognition, he had plans other plans in which would please the community. One of those plans was for Pyramid Head to be killed in the opening scene of the game by a distinct form of Valtiel that wasn't used in previous entries. The game would have incorporated different new concepts too, but unfortunately, the game was cancelled.

However, Masahiro Ito stated in 2017 his willingness to make a new Silent Hill if Pyramid Head is not in it or if he could kill the beast once in for all, and if it's not a direct sequel to earlier instalments.
Source: Bloody-Disgusting
Bonus: The Box 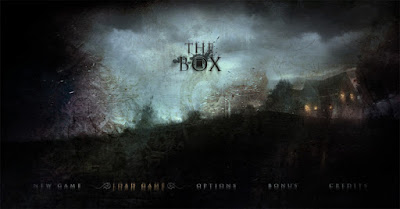 During the past decade, Silicon Knights, known for games such as Blood Omen: Legacy of Kain and Too Human, developed a pitch for Silent Hill called '' The Box '' planned to release on Xbox 360 and PlayStation 3.

The latter was meant to be an open world third person survival horror experience. However, the project was abandoned, and would later turn into an original title called '' The Ritualyst '' which was supposed to be published by THQ. In turn, this one ended up being canned back in 2009 and we never heard anything new about it ever since.

*Editor's note, the Geek Getaway received a review copy of this game for the Switch. By: Ken Greenly, Dorkalicious Publisher: NIS America
Developer: Nippon Ichi Software
Available Platform: Nintendo Switch
Release Dates: October 13, 2020 (NA) / October 16, 2020 (EU) / October 23, 2020 (ANZ)
Prinny 1 & 2 Exploded and Reloaded is a tough-as-nails action platforming game, (set in the Disgaea universe), where you take control of 999 of the most disposable life forms in the Netherworld, the Prinny. What’s a Prinny you ask? Well, it’s essentially a penguin with bat wings that are very prone to exploding if rough housed too much... Why explode? Because the Prinny are vessels for human souls that lead “worthless” lives... how does that make sense? Don’t ask.
These goofy penguin creatures that talk like surfers from the 90’s will be your playable character as you go on two very challenging journeys to collect rare items to satisfy your master, Etna.
The story in these games is really secondary…

What Inspired the Jak and Daxter series

Looking back, the platforming genre has undergone several changes through the years which aided it to stay relevant to this very day. Much of that is the result of weighty reinvention and innovation through the ages that spawned several successful games, be it 2D side-scrolling or full 3D platforming games. However, with the appearance of the N64, PlayStation, and the Sega Dreamcast consoles, platforming genre would take a step forward, and change as a whole. This opened hidden doors to the developers to dive deep into their imagination, and bring new ideas that weren't implemented in other previous works.

It is at that moment that the world would witness the release of some of the best platforming games which are still discussed to this day. One fine example is Crash Bandicoot. This one came out as a surprise by Naughty Dog, and ended up garnering massive critical acclaim, and an array of countless awards. After perceiving the colossal accomplishment of the latter, Naughty Dog was…

Despite circumstantial evidence piling up almost weekly, no one has been able to confirm that Sony has a policy aimed to censor games with an anime style to them. This has lead many, including this site, to take a wait and see approach to each new anime style game released to see whether or not Sony would mess with it in some way. The latest game to come down the pipeline is Aokana, and publisher PQube wasted no time in letting potential customers know that it would indeed be censored on the PS4. Another one for the growing pile of circumstantial evidence.

On a whim I reached out to PQube to see if I could get a comment from them in regards to this matter. All I received from them was a reply that they would not be talking about it any further and to see the Tweet(which I linked above) they made about the issue. That seemed like where this story was going to end. Aokana was being censored on the PS4, PQube and Sony would not go into details, PS4 owners would be forced to played a cen…

It's funny, every time Intellivision releases a new video it's 1 step forward and 2 steps back. The latest gameplay trailer from Intellivision features games we have never been shown by Intellivision before but, sadly, they have been seen before. How is that possible you ask, because the showed off several recycled games and passed them off as their own.
Now, to be fair, these games were not explicitly stated to be Amico originals but that was the implication of the video titled "Intellivision Amico - 10.10.2020 Gameplay update!" The description on the video goes even further by saying "Here is a quick look at a bunch of games that are currently in development for Amico and will be launched in Q2 of 2021.  Please note that nothing shown is in its final state and are all a work in progress." So, at the very least these are suppose to be games in development for the Amico, which would not be the same thing as games in the process of being ported to the Amico.