When mentioning the survival-horror genre, Resident Evil franchise comes to our mind instantly. This franchise has been running for two decades now and it seems it's not stopping anytime soon. The recent remakes have only fueled the fan base's desires for more games in the series.
With the upcoming release of Resident Evil 8: Village, we took the time to dive back into every cancelled Resident Evil project. These consist of:  pitches, concepts, prototypes, cancelled games, and more. Come read all about it below!
Oh yeah, we previously did a similar article about Silent Hill, in case if you are interested you can read it over here. 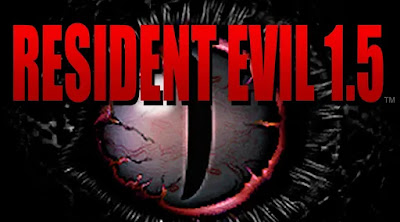 Biohazard 1.5
Biohazard 1.5, or known as Biohazard 2 Prototype, is the development name given to the first Resident Evil 2 iteration which was later cancelled back in 1997. The game would have been directed and written by Hideki Kamiya and produced by Shinji Mikami.

When the game was approaching its March 1997 release date, the developers were dissatisfied. So, instead of releasing a game they were not sure about, the developers ended up taking the risk of cancelling the game. As a result, they developed Resident Evil 2 from scratch.
Many of the aesthetics and sceneries were removed, including Elza Walker and many other characters and enemies were scrapped in the end. However, some of the characters remained more or less similar to their official appearance, e.g. Leon and Sherry.
Source: Fandom 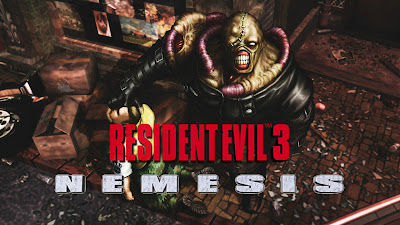 Biohazard 3 (1998)
Before the release of the original Resident Evil 3: Nemesis, Capcom's staff had plans to make a spin-off to the critically acclaimed Resident Evil 2 back in 1998. At the time, Capcom had put Hideki Kamiya as the director of the project on his terms after his success with Resident Evil 2. However, seeing how ambitious Hideki Kamiya was at the time, he felt that the original PlayStation was incapable of bringing his true visions to life. So, he decided, Resident Evil 3 will be brought to the PlayStation 2 instead. He explains in one of his quotes:

"My vision for the next game was to make something brand new and more provoking. As a result, I decided to make ‘Resident Evil 3’ for PlayStation 2."

Unfortunately, Capcom couldn't wait for the release of the PlayStation 2, and so they put another director in change of Resident Evil 3. The original plot of Biohazard 3 was different than the final product as it was a continuation of the exploits of HUNK, a USS agent previously seen in Resident Evil 2, and not the story of Jill Valintine. In the original version, Hunk was to be sent to retrieve a sample of the G-Virus while getting caught up in a viral outbreak on a cruise ship.
Source: ResidentEvilWiki 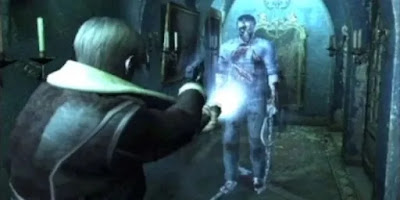 Biohazard 4 (all cancelled versions)
Resident Evil 4 is known for going through a long development cycle before it came to existence. In fact, the latter faced cancellation 5 times because the project was too ambitious for its time. However, before the final product, the team went through a handful of level designs before settling for the final one. Look below for the full set:

Version 1(Castle)
The first version was planned to put you in the shoes of Tony Redgrave and his twin brother Vergil, the sons of Lord Spencer who have become superhumans through the use of a virus called G-Virus. One of the unique features the game would have featured is something similar to the original Devil May Cry. Tony maintains a human form but possesses superior skills and intellect. Unfortunately, most of the planned ideas never came to existence and this version was ultimately scrapped. These ideas were later recycled for Devil May Cry.
Version 2(Fog)
After Devil May Cry was born, Capcom's Production Studio 4 started developing another version of RE4 alongside the Gamecube Resident Evil remake back in 2002. In this version, Leon S Kennedy's goal was to infiltrate a European castle belonging to Oswell E. Spencer. Over time Leon was to discover the origins of the Progenitor Virus.
Unfortunately, this version was ultimately scrapped due to technical difficulties. One of these issues stemmed from animating the black fog which is said to be impossible to do with the given technology at the time. However, after production ceased, the prototype of this version was later handed to Capcom Production Studio 1, who in the end, used it to create another Capcom classic called Haunting Ground.
Version 3(Hallucination)
Resident Evil: Hallucination was the given name to the next version of RE4. This one was to be set in a mansion and featured Leon fighting what appeared to be paranormal enemies, such as medieval suits of armor and living dolls. These hallucinations would be the result of a viral infection. One of the most interesting enemies in this version is the Hook Man. A ghost-looking man carrying a large hook who would appear frequently throughout the course of the game and chase Leon wherever went.
As a matter of fact, this version was the first to feature an ‘over-the-shoulder’ viewpoint when the main character pulls their weapon. Unfortunately, this version was also scrapped. The reason? technical limitations of the Gamecube as it was unable to load two simultaneous versions of each room required for Leon’s hallucinations. 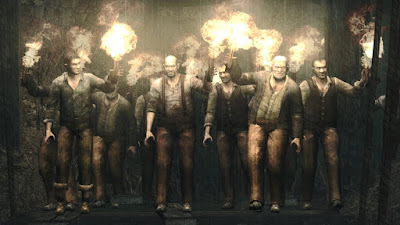 Version 4(Zombie)
The fourth version was planned to be called "Resident Evil: Zombie." The game was regarded by the development team as a return to the franchise’s roots. There's so little information about the intended setting of this version since there's no concept whatsoever. However, what's known is that there was to be a new type of human enemy, referred to as dabamen. Soon after the project began, producer Shinji Mikami took over directorial duties, ending the project. The Dabamen were later recycled as the Ganados.
Source: Fandom 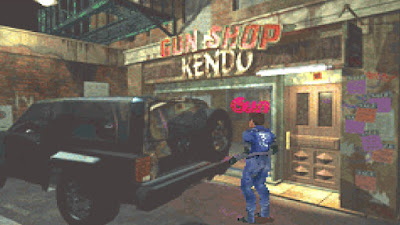 Resident Evil 1+2 (GBA)
Between 2002 and 2003 two Resident Evil 1 and 2 tech demos were developed for the GBA by Raylight Studios. This Italian company tried to bring Resident Evil to the GBA by pitching their Blue Roses engine. Unfortunately, Capcom had lost interest in the viability of the handheld. Hence, rejecting the pitch along with Resident Evil 2 port for the GBA.
Source:Wiki 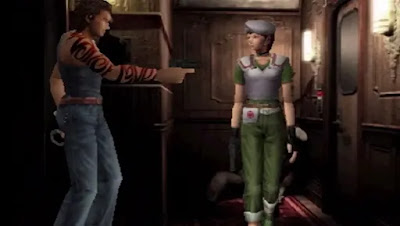 Resident Evil 0 (N64 Version)
Before Resident Evil 0 came out to the Gamecube, Capcom had plans to develop originally for the N64. This version was to be developed by Capcom Production Studio 3, and Tose back in 2000.

Development was stopped due to limitations in the Nintendo 64 cartridge space (the maximum being 64MB). Rather than waste a considerable amount of money in cutting down the game a new version was made from scratch specifically for the recently, at the time, released Gamecube.
Source: Venturebeat 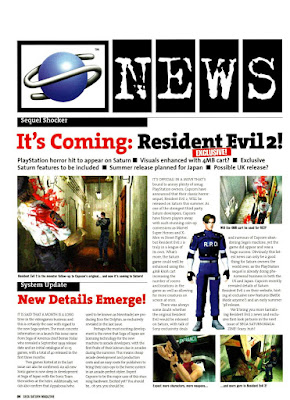 Resident Evil 2 (Saturn)
After Resident Evil 2's success on the original Playstation, a Saturn port was hinted in the Official Sega Saturn Magazine repeatedly. However, it ultimately failed to materialise. One of the reasons why this port never happened is that Capcom lost faith in the project early in production after finding the CPU to be slower than they liked and the GPU unable to handle the graphical calculations. Afterwards, production shifted towards developing an entirely new game that would work well in the upcoming Sega Dreamcast console. In the end, it ended up becoming Resident Evil CODE: Veronica.
Source: Reddit 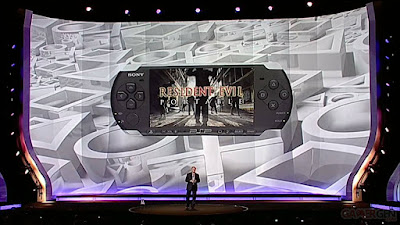 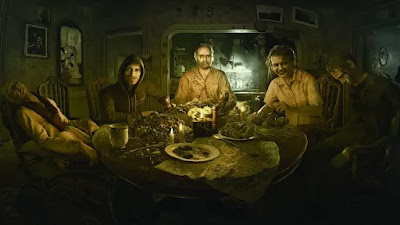 Resident Evil 7 (2013)
We finish this list with the first project of Biohazard 7. What we all know about this one is that Masachika Kawata, known from games such as Dino Crisis, was going to be its producer. This version was to build on from Resident Evil 6. However, mixed reception of the game, released in late 2012, resulted in the cancellation of the game. The following year, an attempt was started by Jun Takeuchi under a new style, which ultimately became Resident Evil 7: Biohazard.
Thank you for reading. Let us know below and if we forget to include any game. As always follow The Geek Getaway on Twitter for more!