When researching about developers, and their achievements, I always tend to look at their past. Specifically, the starting point of a company. This time around, I chose to dive into the history of Naughty Dog. It seems that before they were known by that name, their previous moniker was JAM Software. They changed to the name that we all know in order to dissolve all associations with Baudville, the publisher of their first games. As a result, they had made their new logo, which can be seen here. And here is JAM Software logo.
The company started when Andy Gavin and Jason Rubin teamed up and founded JAM Software in 1984. Both of them decided to create video games for the Apple II. They continued making games until 1989. To make a fresh start and dissolve their relationship with Baudville,  they created Keef the Thief  which was published by Electronic Arts at the time. Shortly after, in September 1989, they named the company from JAM Software to Naughty Dog and began working on new titles.
The company would shine back in 1996 when designer Mark Cemy convinced Naughty Dog to create a character-based on a platform game that would use 3D capabilities of new systems, and so Crash Bandicoot was born.
Moreover, after finding all of these information, it led me to stumble across their ancient games which I myself haven't heard of until I saw them. These games are obscure now as it seems no one is talking about them. However, fear not, we're here to talk about them. 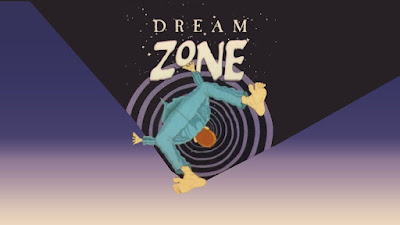 Dream Zone
Dream Zone is an adventure video game developed by JAM Software, later known as Naughty Dog, and published by Baudville. The game was released in 1987 for the Apple IIGS and then ported to the MS-DOS, Amiga, and Atari ST.
The game's story revolves around the player being trapped in his own dream because of a scientist's rotten elixir. The player must escape the weird world of his own imagination and come back to reality. The dream is full of nightmarish creatures and contains magic, airships, and a floating castle. It's nothing but a nightmarish journey.
The gameplay is a  text and graphics adventure similar to King's Quest 1 where you have to guide your player throughout your playthrough. 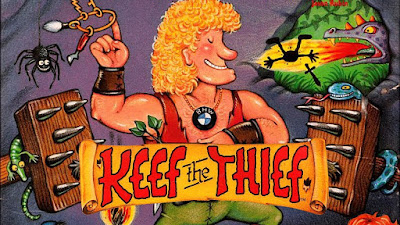 Keef The Thief
Keef the Thief: A Boy and His Lockpick is a point and click video game designed by Naughty Dog and published by Electronic Arts. It was released in 1989 for the Apple IIGS and then later ported to the Amiga and MS-DOS.
All I know about the story is that it's a  a comedic sword and sorcery role-playing game. I think we now know where Naughty Dog came up with the humor they implemented in Jak & Daxter games.
When it comes to the gameplay, the game is played in a first person perspective and uses a point and click interface. Your objective as a thief is to steal as much as you can with the ultimate aim of accessing and looting the city treasury. The player also has the freedom to visit other locales including dungeons, jungles, and an arena while exploring the city. 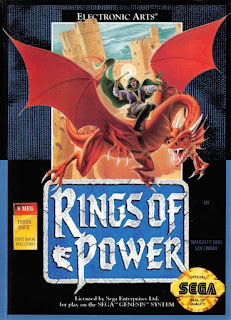 Rings of Power
Rings of Power is an isometric role-playing video game developed by Naughty Dog and published by Electronic Arts for the Sega Genesis in 1991.
The game puts you in the shoes of  a young sorcerer whose quest is to collect eleven rings and use them to remake a powerful weapon to defeat an evil god.
Rings of Power is much different than RPGs of that time. The game, in my opinion, is similar to Wizardry, and The Bard's Tale. The game is huge and contains hundreds of NPCs with several different dialog choices, as well as, dozens of quests and random events. 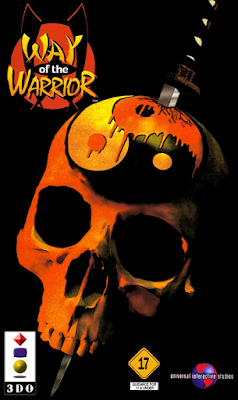 Way of the Warrior
Way of the Warrior is a fighting game developed by Naughty Dog and published by Universal Interactive Studios for the 3DO in 1994. The game was released in North America on August 30, 1994, and in Japan on May 26, 1995.
The gameplay is similar to games such as Mortal Kombat and Killer Instinct. Players are forced to fight to their death using offensive and defensive moves. Similar to Mortal Kombat once again, the characters can perform special moves that kills the opponent in the most brutal way. 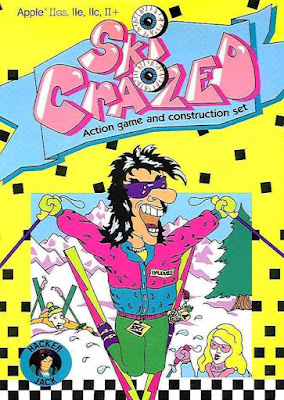 Ski Crazed
Ski Crazed is a skiing game that was published by Baudville on Apple II back in 1987. This sports game is now considered an Abandonware as there's no way to play it other than downloading it online, probably via Abandonware sites. This game is like a sidescrolling Ski Free.
Be sure to follow us on Twitter and YouTube for more gaming and geek goodness.