One of the things this website stands for is artistic freedom. We do not believe a game should be altered to fit a console's, country's, company's, or social group's standards. We believe that video games should be experienced as they were intended and if that offends you, then you should simply not play the game. Nintendo came out and agreed with this sentiment, going so far as to claim they would not be censoring Japanese games for a Western release. It is then very odd that Disgaea 6 is being censored, as you can see in the above picture, for a 2021 Nintendo Switch release.
Now I know that NIS America has a long history of censorship controversies. Some of them were bogus(Trails of Cold Steel III swimsuit DLC) and others were legit(Criminal Girls: Invite Only Steam release) so it's not as cut and dry as one might assume when it comes to Disgaea 6. Add in the fact that many people, like Intellivision CEO Tommy Tallarico, have made claims that Nintendo is allowing games featuring child sexual exploitation on the Switch and it very well might be Nintendo who chose to have this game changed.
So far all we know is that Melodia is censored, her ample cleavage sloppily covered up, on the US Disgaea 6 website and not on the Japanese one. The likelihood that this is just for the game's website and not for the game itself is very low and would be a first if I am being honest. With several other characters featuring low cut outfits and big boobs it will interesting if only this one character, who is prominent in the game's narrative, is censored. As of now the US site lacks many of the character bios that are on the Japanese site so it may be a while until we find out the answer to that. 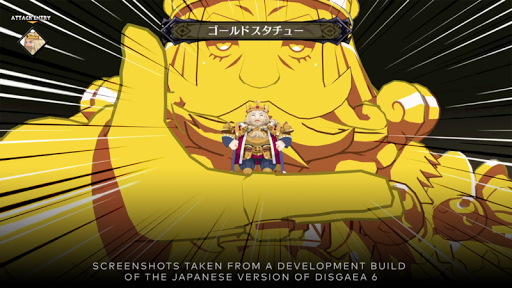 That said, the official NIS America press site only has a few pictures from the Japanese development build, like the picture posted above, so there is nothing there that confirms or denies the censorship. Additionally, none of the pics included in the press kit have the censored character, Melodia, in them so we can't even see if there was a change from the development build of the character to now. I have reached out to my contacts at Nintendo and NIS America a few days ago but have not heard back from them as of the time I am writing this article. If I do hear back from either of them I will be sure to keep you all informed. Be sure to follow us on Twitter and YouTube to stay up to date on all your geek and gaming news and honest reviews.