*Editor's note, the Geek Getaway received a review copy of this game for the Switch.
By: Ken Greenly, Dorkalicious

Prinny 1 & 2 Exploded and Reloaded is a tough-as-nails action platforming game, (set in the Disgaea universe), where you take control of 999 of the most disposable life forms in the Netherworld, the Prinny. What’s a Prinny you ask? Well, it’s essentially a penguin with bat wings that are very prone to exploding if rough housed too much... Why explode? Because the Prinny are vessels for human souls that lead “worthless” lives... how does that make sense? Don’t ask.
These goofy penguin creatures that talk like surfers from the 90’s will be your playable character as you go on two very challenging journeys to collect rare items to satisfy your master, Etna.
The story in these games is really secondary to the gameplay. To sum it up, something wacky happens at the start of each game, and your master Etna is (rightfully) furious, so she sends you on a quest to retrieve items (or face the consequences!). Telling you more would spoil the humor of it, but by reading the title of the second game, I think you can figure out what happens next. If you are familiar with Japanese anime and its style of humor, you’ll be delighted by what you are going to find all over these two games. 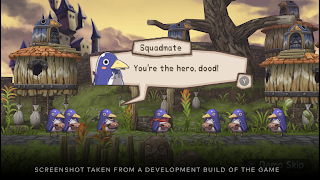 Prinny 1 & 2, both released on the Sony PSP in 2008 and 2010 respectively, are on their ways to a Nintendo Switch near you soon. But the question you need to ask yourself is… are you up to the challenge?
These games might look adorable with its cute characters jumping into combat, but oh boy, these games will kick your butt. Over the course of the two games (which will run you about 20+ hours combined), you will learn as to why you have 999 lives at your disposal, (and you might have to use them all by the end of it). Each game is quite difficult, (the first more so then the second), but there is no way around the fact each game is going to challenge your platforming abilities to their limits.
As you play the two games, you will encounter a great variety of enemies and bosses each featuring unique designs and presenting new challenges, especially when multiple enemy types appear on screen at the same time. In the case of boss battles, they are all pattern based. At first, they may seem quite daunting, but after a few rounds you will quickly learn their patterns, and will be able to take them down easily. 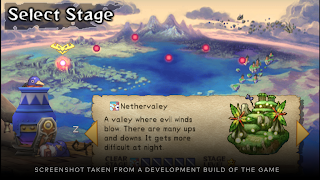 Unfortunately, one thing that will stand out right away as you play the game is the jumping mechanics. The jumping mechanics are very archaic, and resemble that of the older generation platformers like Ghosts 'n Goblins for the NES. Perhaps this was the intention? I’m not entirely sure. Specifically, the issue is you cannot control your jumps trajectory once you have left the ground, which can lead to a lot of unnecessary miss-timed jumps and unfortunate deaths. Luckily, there is a double jump which can help remedy this issue, however, the initial jump can still feel odd (even after many hours of play).
For games as difficult as these, having old jumping mechanics can really turn a challenge into frustration, which isn’t something you ever want. Why they chose not to refine the jumping when porting the games from the PSP to the Switch I’m not entirely sure, but personally I think they should have.
Putting aside the jumping mechanics, combat mechanics are quite satisfying, with the Prinny having several different abilities they can use in combat. The one ability you’ll be using the most is just mashing the attack button to unleash a barrage of swipes with your dual wielded blades. Other attacks include a ground pound, which is used to break enemy’s guards, and a projected blade beam when attacking in the air. Prinny 2 features a combo meter that you build up via combat, or by gathering enough collectables. Once you max out the meter, you enter “break” mode, where your attacks hit harder, and you gain access to another attack type. Prinny can also twirl and dash to avoid enemy attacks, and in Prinny 2 there is a dive attack as well.
One of the most satisfying parts of combat is when you defeat a boss, the final strike triggers this anime-esque finishing scene where you only see the silhouettes of the combatants as you finish them off. 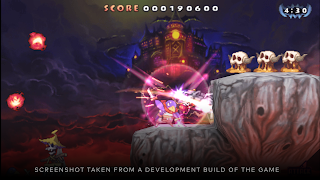 The game also has a time mechanic which I can’t recall ever seeing before. The in-game time of day affects levels uniquely. Stages can be approached in any order you want, and each time you complete a stage, an in-game hour passes (you have 10 hours to complete your mission). As time passes, things like the background will change, difficulty scaling, and (in the case of Prinny 2),  even some story elements change.
Graphics for the two titles are good but not great, as to be expected of a game being brought over from the original PSP from over 10+ years ago. I definitely noticed some elements looking a little grainy at times, but overall nothing to really complain about. What makes up for the graphics is the very unique (and of course anime inspired) art style, as all games in the Disgaea series are known for having.
The sound is fun and satisfying, with lots of great tracks as you traverse the many stages of the game; none are overused or drone on. One thing to note is there’s lots of funny dialog from the Prinnies, but also some really cringy dialog...it’s a mixed bag.
Final Verdict: Recommended
The characters, humor, settings, combat and music are all very enjoyable. I do recommend these games, however, keep in mind that the jumping mechanics can be really tricky to get used to. In conclusion, Prinny 1 & 2 Exploded and Reloaded are difficult platformers; but if that’s what you are looking for, then you have come to the right place.