Looking Back: Swords of Destiny

I still remember the first time I discovered this game. It was my uncle who bought it when I was still a kid, and I would just sit there looking at him playing, but for some reason, he hasn't managed to finish it. And frankly, it was a vague mystery to me at the time. So I picked it up to try it out, and boy, I tell ya, it wasn't the best experience I had. However, after 8 years, I suddenly had the urge to give it a shot once again so that I can give it my best judgment. Unsurprisingly, my judgment hasn't changed a bit.

Today we take a look at one obscure game that sadly wasn't released on the US for unknown reasons. It could be because the US is allergic to boredom? who knows, do you know the answer, dear reader? Please tell me! 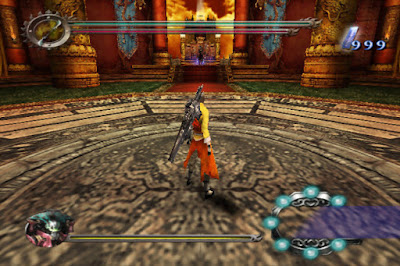 Swords of Destiny is a hack and slash video game released back in 2005 by Rising Star Games on the PS2, and developed by the now-defunct Artoon. The aforementioned has developed a couple of decent game such as Blinx, The King of Fighters EX: Neo Blood, and Yoshi's Island for the DS. Sadly, most of Artoon games received terrible reception, hence that explains the reason for their bankruptcy. In case you hadn't known, a sequel was planned for Swords of Destiny but was later scrapped.

The game's story derives several inspirations from Chinese Mythology and its culture as a whole. You play as Lei Yun, a master swordsman who embarks on a journey to avenge his master's death at the hands of the antagonist. In doing so, he will also have to rescue a girl from the hands of the devilish beasts. Frankly, the story is generic as it was used several times already, and it has become tiring to always act as a simp who has to save the girl in the end. 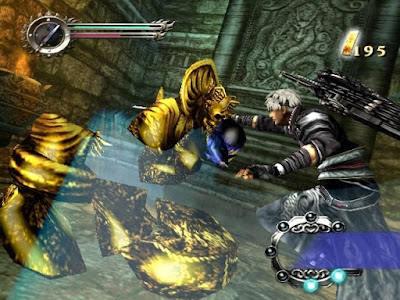 Swords of Destiny's gameplay can be compared to Bujingai: Swordmaster. Both are fast-paced hack and slash games that require quick responses to enemy attacks. Yet,  in terms of the overall gameplay, the latter plays like any game out there. You can lock-on enemies, lift them into the air, and execute a series of combos. However, Swords of Destiny has this interesting technique when locking-on enemies that gives the player the advantage to freeze enemies for a short period of time while inflicting heavy damage to the enemy. If the player somehow ignores this technique or doesn't master it completely, then congratulations, he'll be doomed to hack and slash until his fingers become dry. 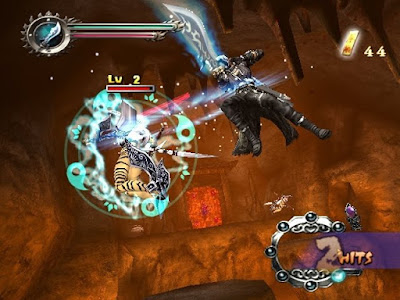 This technique is pretty simple. You lock-on enemies, you wait until the circle becomes purple and then you charge in to execute this attack that lifts enemies in the air. But wait a sec, now let me share with you something that will be beneficial to you.  The trick of lifting enemies on the air forever is to press square three times followed with triangle and repeat. I have used this multiple times, and it's pretty simple once you get the hang of it, so that is why I have found the game to be pretty easy. But there's another problem, and that is weapons. While Swords of Destiny offers three different kinds of weapons, they pretty much lose their effectiveness quite easily after a while. Meaning, the weapon will cause no damage to the enemy which makes it a trash weapon nothing more. Luckily, when you defeat a number of enemies, they drop these weapons, which is a good thing, right? WRONG. Players will be forced to press the start button anytime they want to make a weapon change, and that takes 2 seconds each time, and if you are unlucky, the game may just decide to freeze on your face when loading ( happened to me, the pain, it still hurts) 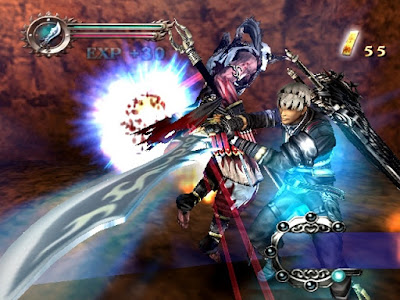 In conclusion, if you are expecting something similar to the likes of Devil May Cry, Genji: Dawn of the Samurai , or Shinobi, you should lower your expectations. The levels in this one all look the same. Bland corridors to look at, boring soundtracks, no head-scratching puzzles, and lack of platforming sequences that'll force you to start from the very beginning once you fall. It's a straight forward experience. Open this door, defeat the enemies, and voila mission accomplished. However, this is not a major issue. The big deal is the voice acting. I don't know if the actors weren't paid enough or they were just practicing for work experience, but merciful Hades how the voice acting is truly devoid of emotions or any kind of genuine reactions.

But who am I to judge? this is clearly a low budget title, and from what I have played it's somewhat decent when it comes to hacking and slashing, but it could have been better if the developers didn't rush it.