Thoughts on the Cancelled Maximo 3 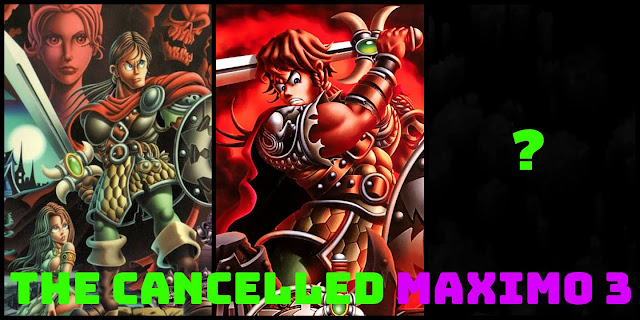 The Ghosts 'n Goblins series have been punishing players since just before the NES era. The aforementioned series had a hellish difficulty with some of the hardest levels in the gaming history, yet, despite all the hardship, it managed to make its players satisfied once they had finished it. Ghosts 'n Goblins stood out from other games such as Super Mario Bros, Mega Man, and Castlevania by mixing both platforming and run & gun elements together in order to invent a game that lets players experience a  journey to hell.

After the NES game, Ghosts 'n Goblins went ahead and spawned several sequels such as Ghouls 'n Ghosts on the Arcade, Super Ghouls 'n Ghosts on the SNES, and other Spinoffs such as Demon's Crest on the SNES. All of these titles received critical acclaim across the globe and were loved by those who enjoyed them. However we would not receive a mainline Ghosts 'n Goblins game until 2001. That year the series would witness a rise in its popularity when the spiritual sequel, Maximo: Ghosts to Glory, was announced for the PS2. This game was meant to bring back old school gaming while retaining what made Ghosts 'n Goblins a beautiful nightmare.

For those of you who are not aware of this game, Maximo is a 3D hack and slash platforming video game developed by Capcom Production Studio 8 and published by Capcom exclusively on the PS2. The game has been met with critical acclaim and financial success which pushed Capcom to allow the original developer to make the sequel. This sequel, titled Maximo vs Army of Zin, would be released back in 2003 and would be met with critical acclaim. However, it bombed in terms of financial success and as a result, Maximo 3, which was in the works, got canned.

Today, we will take a brief look at how promising Maximo 3 looked to be by talking about the planned story, gameplay, and other previous information shared by Unseen64.

Story
Similar to Maximo vs Army of Zin, Maximo would once again act as the hero and save the city of Mashhad from a dreadful threat. While Maximo was following the trails of his beloved lost wife Sophia in hopes of meeting the end of his journey and find her, he stumbles across a religious order filled with fanatics called '' The Cult of Chut ''. This cult is trying to turn the whole city of Mashhad into a sacrifice playground by using innocent people for their wicked goal.

To stop Maximo's desperate plans to protect the village, the Cult of Chut casts a curse on Maximo which merges him with Grim, a grim reaper that followed Maximo in the two previous games, resulting in them becoming one. Unlike previous games, this game would have shown the death of familiar characters such as Baron Hawkmoor, an old rival of Maximo. The story looked promising, and it definitely deserved to happen.

According to what was highlighted above, it seemed that this new entry in the series was going to be an ambitious project by Capcom Production Studio 8. Instead of being a mere action-platforming video game, Maximo 3 was planned to be a full action-adventure game similar to the likes of the Legend of Zelda, Sphinx and the Cursed Mummy, and Star Fox: Adventures. Maximo's 3 whole focus was going to be around exploration and to be less linear than its predecessors. 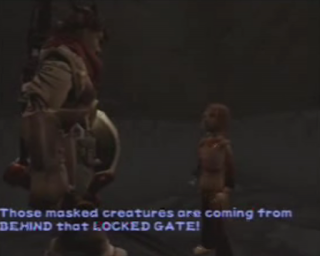 After watching the prototype, we can notice that, unlike the other previous Maximo games, players are able to explore the small town from one corner to another, interact with characters, and fight enemies. The reason why the prototype is short is that the development of Maximo 3 began quickly after the release of Maximo 2, but was just as quickly canned due to poor sales of Maximo 2. The prototype was a mere experimental tech that showcased what a new Maximo could have looked like.

Another thing to note is, as reported by David Siller, Maximo 3 wouldn't have used Susumu Matsushita's art, the artist behind Hudson's Adventure Island Series, Monkey Magic, and of course, Maximo. Tom Sekine cancelled the idea of making a new Maximo sequel on orders from Yoshiki Okamoto in Japan in order to focus entirely on developing a new Final Fight game.

The End of Everything
Maximo 3 wasn't the only the game in development after the release of Maximo 2. In fact, Capcom Production Studio 8 started to work in three different pitches. DeVargas, a cancelled action-adventure video game, Final Fight: Seven Sons, an unreleased game set before Final Fight: Streetwise.
According to David Siller's comments on his Maximo 3's prototype video on youtube, he stated that they began the development of Maximo 3 shortly after he left. However, what's really interesting is how he stated that Capcom at the time had put its focus on delivering a new Final Fight game instead of Maximo. To no one's surprise, Final Fight: Streetwise sold badly which pushed Capcom not to invest in their California team anymore (Capcom Production Studio 8). As a result, Capcom shut down the studio for good. Only a few docs and concept arts remain to preserve the very existence of Maximo 3. 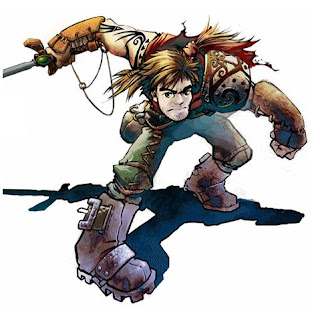 In my opinion, Capcom killed the franchise with their own hands. While Maximo: Ghosts to Glory was heavily advertised and marketed, the second game had barely received any proper promotion. Most of the people I know stumbled across it after years of its release, and that's a shame. If a game series deserves a revival, it's Maximo franchise.

*All images courtesy of Unseen64