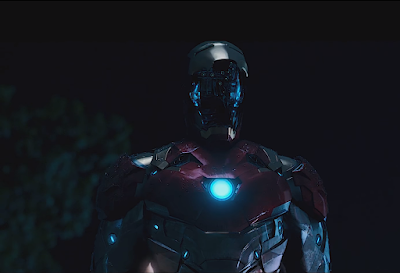 By now you are probably aware that Tony Stark is dead. After using the Infinity Gauntlet to destroy Thanos and his forces, Stark passed away from exhaustion. This has left a huge hole in the MCU as the leader of the avengers and the soul of the team is gone. While there have been characters in the MCU who have returned from the "dead" there hasn't been a single character who had their body buried has come back. So, how could Tony Stark rise from the grave?

Tony Stark A.I.
We already saw one character, Arnim Zola, come back as an A.I. contained inside a computer screen, so why not Tony Stark? The idea has a lot of roots in MCU lore. Aside from the previously mentioned Zola A.I. it was mentioned that the Vision's personality was an amalgamation of The Mind Stone, J.A.R.V.I.S., Bruce Banner, and Tony Stark's personality. In order to achieve such a feat, Tony Stark would have had to upload some portion of his brain pattern into his computer system. This means a Tony Stark A.I. program is already in the MCU, laying dormant on a computer just waiting for some plucky young girl, perhaps Riri Williams, to discover and re-purpose as their very own J.A.R.V.I.S. virtual assistant. This theory would require no retcons, rewrites, or lot holes as all the things needed to make this happen are already present in the MCU.

Kid Iron Man
Another possible way Tony Stark could return is if he was reborn as a child. Hold off the pitchforks because it is a theory that is rooted in MCU and Marvel Comics lore. It is no secret that Tony Stark had a rough childhood due to a cold and distant father. If there was one thing Tony wanted in the MCU as much as, if not more then, protecting the world it is to have a good relationship with his parents. Tony had a chance to briefly talk to his father just before his own birth due to the time traveling shenanigans of Avengers Endgame but I don't that interaction scratched the ich Tony had been feeling for all those years.

It is my belief that Tony Stark subconsciously wished to relieve his childhood when he used the Infinity Stones against Thanos. It was already said by Hulk Banner that trying to wish two things at once is possible, although Hulk's wish to bring back Natasha was unsuccessful. In the comics it is Captain America's subconscious wish, while holding the Cosmic Cube, to bring back Bucky Barnes that creates The Winter Soldier. So the idea that Stark could do something on a subconscious level that results in a new reality isn't very far fetched. Add to that the fact that a young Tony Stark was running around the comics at one point thanks to the machinations of Kang the Conqueror.

What do you think? Will Tony Stark return to the MCU? If so, how do you think the MCU wil pull it off? Leave a comment below and let us know what you think. As always, share this on all your social media platforms if you think this is something others should read.