Raging Loop now available in English on PC via Steam

Raging Loop, a 2017 psychological horror visual novel from KEMCO, Dwango, and PQube, now has an English language option for the version up on Steam. The game is also available physically and digitally on Nintendo Switch and PS4. All digital copies of the game cost $29.99 while the physical copies are $39.97 through Amazon. The physical PS4 and Switch copies come with a Raging Loop art book. Additionally, you can get 10% off the Steam version until December 15, 2019. 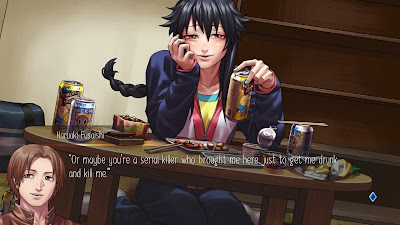 Raging Loop tells the ghastly story of a cursed settlement in the Japanese forest. As part of an ancient tradition, an ominous fog confines the settlement as animal godlike creatures possess the inhabitants and force them into a perverse mind game. Every night, the person controlled by the wolf guardian leaves a corpse behind and every day, the villagers gather to select a suspect to be hanged, in the hope of them being the killer. 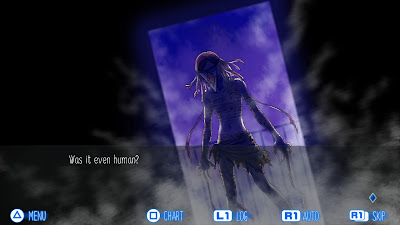 The gameplay in Raging Loop is a mix of Groundhog's Day and the party game Mafia. Every time you day you are returned to your first in game day with all your memories intact. This allows you to plot new choices and test motivations without having to worry about a game over or dead end. The game even provides a handy flow chart to help you keep track of all your past choices. I have embedded a trailer for the game below so you can get a better look at Raging Loop and decide if you want to pick this one up.