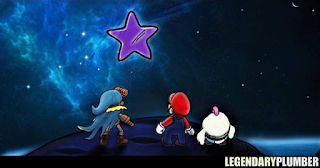 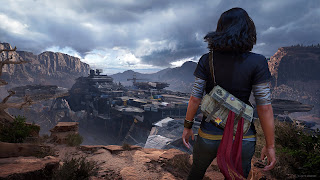 Marvel's Avengers reveals Kamala Khan
On October 4, 2019 Square Enix revealed that Kamala Khan AKA Ms. MArvel would be a playable character in their upcoming Avengers game. During the reveal of Kamala, the developers gave out a bit more information about the game's storyline. So far we knew the Avengers disbanded after a disastrous outing that is known in the game's universe as A-Day. With the reveal of Kamala Khan we learned it is Ms Marvel who seeks to regroup the heroes to take out a new threat known as A.I.M. As Ms Marvel is the reason for the Avengers coming together once again, she is the central focus of the game and the character players will spend the most time with as the story progresses.
ININ releasing The Ninja Saviors - Return of the Warriors
Taito's classic 2D side scrolling beat-em up Ninja Warriors gets a reboot thanks to ININ Games. The Ninja Saviors - Return of the Warriors will land on to Nintendo Switch and Playstation 4 on October 15th for $19.99. A special day 1 physical edition with a poster, character cards, stickers, and a printed manual with be available for $29.99.

Go follow BTactics
Beatific Tactician is a streamer, small gaming content creator, and all around good guy. If you are looking for someone new to follow who is a great content creator as well as a friendly voice in the gaming community then BTactics is the guy you're looking for. I'd also suggest following him on Twitter as is just as likely to promote another content creator that could use your support as he is to promote himself.

Legendary Plumber provides today's fan art
Legendary Plumber AKA Donald is a let's player, cosplayer, voice actor, and digital artist. You can follow him on Instagram and check out all his great content.