Ones to watch: Bound by Blades

Bound by Blades is a n upcoming "4 square" action RPG being developed by a small team led by Justin "Zeth" Thompson. As of the publishing of this article the game is currently on Kickstarter and there is a demo available for Steam and IOS/Android devices. 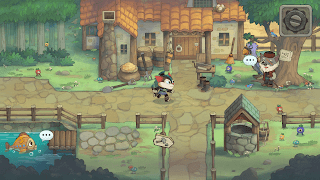 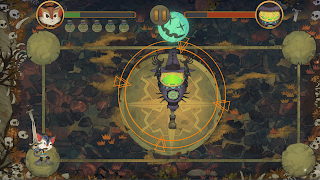 The actual combat in Bound by Blades is a bit unique in its execution. The monsters occupy the center of the screen as you occupy one of the four corners. You can move from one corner to another in a straight line but not diagonally(Teo's heavy combo does cause this movement). You can execute weak or heavy attacks, attack combos, block attacks, and dodge incoming attacks as you attempt to take the monsters down. The monsters you face in the game are all pretty unique with a diverse set of attacks. Each monster is harder than the previous one you faced, with additional variations of all the monsters that are harder than the standard versions. 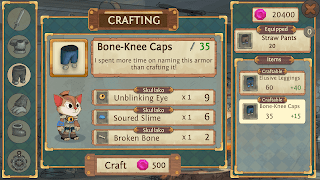 The demo only has 1 character playable but the full release is expected to have 3, 4 if the stretch goals are met, playable characters each with a unique take on combat. Additionally there are only 3 of the 10 proposed monsters in the demo. The team is also working on adding a two player co-op mode to the game which should add a bit to the monster fighting strategy. Upon release the game is predicted to cost $7 on mobile and $20 on Steam. The lead programmer and head of development Zeth has assured me there will be no additional in app purchases for the game. 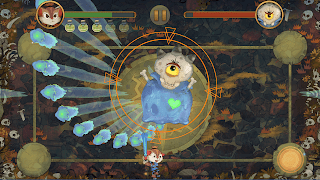 I tried the demo and found it to be a fun little game full of promise. The story is a bit lacking, but it only serves as the backdrop for the monster slaying. I am interested in how the other two characters will play once they are implemented. I love the artwork in the game, it has a nice water color feel to it that gives the game a unique charm. With that said, I hope the game is able to move out of development and become a full fledged title, whether or not the Kickstarter succeeds. The development team seems really dedicated to delivering a solid experience to gamers without any desire to sell out and screw customers over. I've included the latest, as of publishing of this piece, developer update video below.