Thor Ragnarok: Will The Enchantress Please Stand Up? 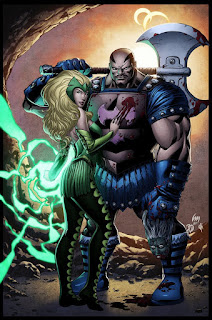 For those not in the know, Amora The Enchantress is an Asgardian witch of sorts who uses her powers of persuasion to coerce people to do her bidding. For those who have seen Jessica Jones on Netflix, she's like a female Purple Man with a few more tricks up her sleeve. In addition to her magical abilities, Amora The Enchantress has an Asgardian former executioner named Skurge follow her around like a puppy dog. Skurge is that guy in the picture above, and he has almost as much strength as Thor. It is because Skurge is in Thor Ragnarok that fans have been asking if Amora was also in the movie and I believe she is. In fact, I believe she was cast and paraded in front of our faces yet no one realized. How can that be, well to answer that we first have to discuss another character, The Valkyrie. 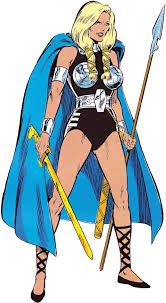 The Valkyrie, like Skurge, has already been cast in Thor Ragnarok and shares a history with Amora the Enchantress. Over the course of Valkyrie's comic career she has been utilized by Amora far more than by Asgard's ruler Odin. I one time, Amora was able to transfer the soul of the Valkyrie into thebody of a human. It is thisValkyrie that joins the Defenders and becomes an ally of Dr. Strange and The Hulk. Yes, the two characters who seem to have the biggest connection to Thor, Strange's magic being linked to Asgard and Hulk appearing in Ragnarok as Thor's ally, have a huge connection to the Valkyrie. Interesting I hear you thinking, but what does this have to do with Amora? Well, remember when I said Amora the Enchantress was able to transfer the soul of the Valkyrie into a human body. The reason she was able to do this is because Amora had trapped the Valkyrie's soul in a magic orb. What of her body you may be thinking. Well, Amora used that like a skin suit, and pretended to be the Valkyrie! 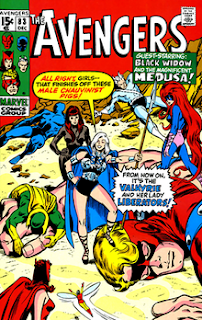 You see that comic cover? That was the debut of the Valkyrie in Avengers 83, a debut that was revealed to be Amora posing as the Valkyrie. Once again I can hear your thoughts and you have made the connection, the Valkyrie that is debuting in Thor Ragnarok will be none other than Amora the Enchantress in disguise! Since Hela is involved in the plot, I imagine the Valkyrie's soul will be trapped in her realm and freed during the mid or post credits scene of Thor Ragnarok. Well, what do you guys think? Does this theory make sense? As always. feel free to comment, like, share, tweet, or whatever other thing you kids do on your social media these days.
*All images are owned by their respective copyright holders and are used under fair use guidelines

One of the things this website stands for is artistic freedom. We do not believe a game should be altered to fit a console's, country's, company's, or social group's standards. We believe that video games should be experienced as they were intended and if that offends you, then you should simply not play the game. Nintendo came out and agreed with this sentiment, going so far as to claim they would not be censoring Japanese games for a Western release. It is then very odd that Disgaea 6 is being censored, as you can see in the above picture, for a 2021 Nintendo Switch release. Now I know that NIS America has a long history of censorship controversies. Some of them were bogus( Trails of Cold Steel III swimsuit DLC ) and others were legit( Criminal Girls: Invite Only Steam release) so it's not as cut and dry as one might assume when it comes to Disgaea 6. Add in the fact that many people, like Intellivision CEO Tommy Tallarico , have made claims that Nintendo is allo