Warner Bros. Discovery Plans To CENSOR The Last of Us Discourse 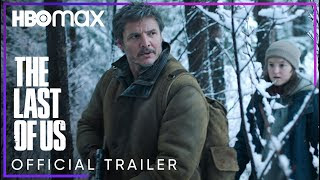 According to multiple sources, who wish to remain anonymous, close to Warner Bros. Discovery and The Last of Us TV show, WBD will be issuing DMCA takedowns of any video review or video discussion that uses footage or screenshots of The Last of Us TV show not part of the carefully curated press kit materials. This policy will apply to videos published both before and after The Last of Us has aired on HBOMax.
This policy will have a twofold effect on narrative control. Firstly, many critical YouTube content creators are unable to access these press materials so they will be unable show visual proof of their criticisms of the show. This will allow certain parties the ability to lie and call the critic's complaints unfounded or -ist. The second effect this will have is allowing WBD to curate what is shown to the general public and hide the flaws of the show until it is too late
While it is true that Warner Bros. has been quite heavy handed protecting their IPs from negative YouTube videos, this policy will ramp up the censorship to levels that would make Nintendo blush.
The Last of Us IP is no stranger to censorious DMCA policies as The Last of Us Part 2 had a policy in place that saw videos and articles get hit with DMCA takedowns for discussing leaks of the game. It was so bad that even memes, containing no copyrighted material, were DMCA'd for "spoiling" the game's plot.
While I can not verify it, my sources have told me that this policy is being implemented at the behest of Neil Druckmann. Apparently Druckmann was adamant about "...starving the YouTube hate machine."