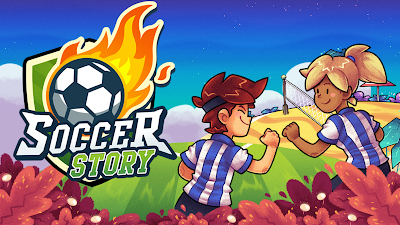 *Please note The Geek Getaway received a review copy of Soccer Story for PS5
Soccer Story is the latest game published by No More Robots and it was developed by PanicBarn. It is available for all the major consoles as well as PC. A Stadia release was previously announced but that release is no longer happening. The game costs $19.99 but it is currently, as of Dec. 5, 2022, on sale for 10% off on all consoles except PS4/5. The game is also free on Gamepass. 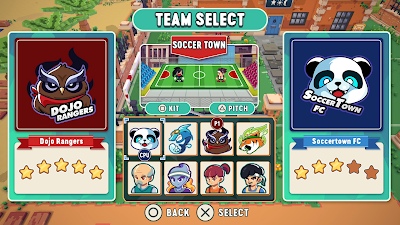 Soccer Story features two game modes, Story and Quick Match. In Quick Match you choose how many players will play, up to 4 locally, and assign them to either side. You then choose one of eight teams for each side to control, while also choosing the kit the team will wear and the pitch that the game will be played on. Each team is given a rating out of 5 stars, although there isn't that much of a difference in ability from team to team. After all the setup is done you play a 4 minute 5 on 5 game. There are no penalties, no complicated control schemes, and no mercy from the computer if you play on hard mode. This is a fun little mode, more fun while playing with friends locally, that will occupy your need for quick soccer fun. Be warned, the AI goal keeper can go from a goal blocking machine to a drooling moron in an instant. 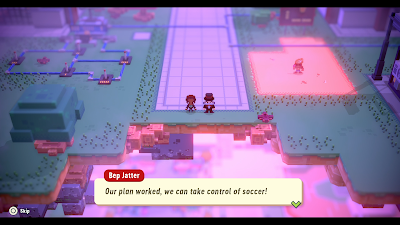 The other mode, which is the one you will be spending most of your time playing, is the quirky Story Mode. The basic plot of the game finds you trying to restore soccer to the people after it was deemed illegal to play outside of official Soccer Inc. matches due to a soccer ball that was kicked into a goal causing a stadium to collapse. Yes, this is almost exactly the story of Barkley, Shut Up and Jam: Gaiden. Do not fret though, as this game is a lot more lighthearted than the Barkley one. The journey to free soccer from the evil clutches of Soccer Inc. is started when a magic soccer ball crashes through your bedroom window. Eventually you will gain control of the soccer ball and it will be the tool you use to complete the various quests on your journey. 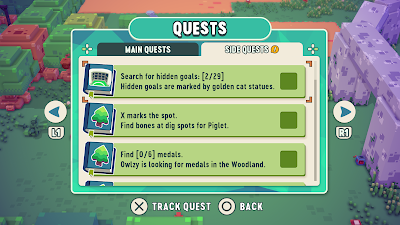 As you travel across the world you will run into a whole host of quirky characters that will either ask you to help them with their problems or give you a challenge to complete. These quests can range from finding hidden goals and scoring in them to knocking acorns off a tree with your magic soccer ball. You will earn coins, power ups, or story progression by completing these quests and I highly reccomend you do them all as they really are varied and fun. 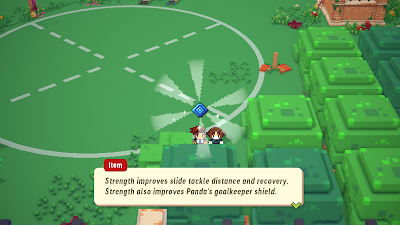 There are some light RPG mechanics in the game as you can use various Medals to improve your stats and the stats of your teammates. Additionally, there are areas you cannot traverse until you find the correct equipment, so there is a minor Zelda like element to the game. There are even some minigames and activities that you will need certain tools in order to play. 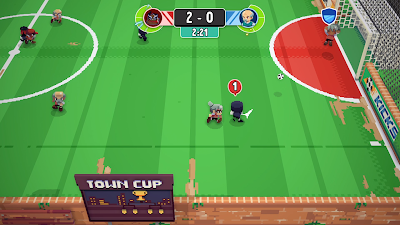 Final Verdict: Recommended!
Soccer Story is a fun little game that is very self aware and doesn't take itself too seriously. The dialogue and story are quirky. The controls are tight. The gameplay is forgiving unless you try to play the computer on hard. There are no real complaints I had with the game other than it felt like it was aimed at a younger audience which may be why it was a bit too easy for me. That said, I did enjoy my time with the game and the local quick match mode is fun to play with friends.