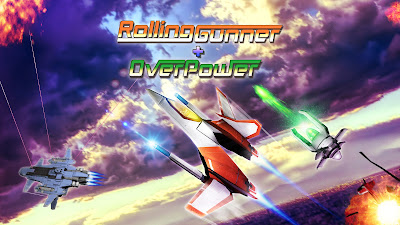 *The Geek Getaway received a review copy of Rolling Gunner + Over Power for PS4/5
Rolling Gunner was originally released on June 20th in 2019 for the Nintendo Switch. The game goes for $19.99 in the eShop. The following January the Overpower DLC went on sale for $9.99. Now the PS4/5 is getting the base game and DLC packed together for $29.99. Physical collector's editions for both the Ps4/5 and Switch are available for €69.99 via Strictly Limited Games. The game was developed by Mebius and is published by ININ. 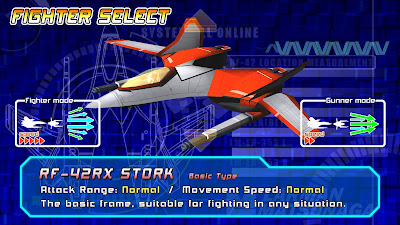 The story of Rolling Gunner is nothing to write home about, not that the story in shmups ever really matter beyond giving you a reason to shoot waves of enemies. Basically, you are a pilot of an experimental aircraft trying to take stop a group that is misusing something referred to as BAC energy. Like I said, it's nothing more than an excuse to shoot screens filled with enemies. 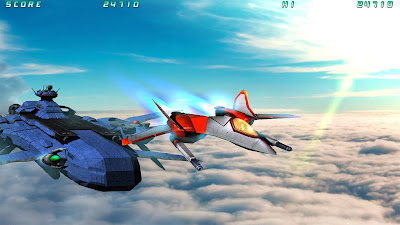 After choosing one of three different aircraft classes, you head out into a bullet hell and destroy wave after wave of enemies. The unique feature in this game is the Rolling Gunner option that follows your ship. As you fly around the option "rolls" around your ship allowing you to shoot bullets in any position along the 360 degrees circumference of your ship. Holding your shot button allows you to lock the option in place as well as improve the firepower of your basic shot. These two features allow a lot more strategy in Rolling Gunner than other bullet hell games. If things get too hectic you can call in a screen clearing bomb. 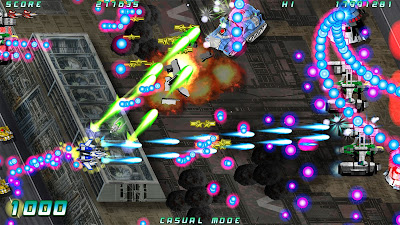 The Overpower version of the game adds a rechargeable shield to your ship as well as a new shot that chews through enemy bullets. These two features make the game a lot more manageable for shmup rookies but the new twin stick controls makes the game play much smoother. Having complete control over your option makes killing enemies much easier and really should have been in the original game. 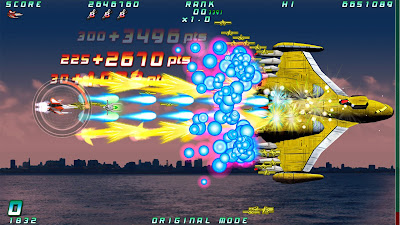 Final Verdict: Recommended
Rolling Gunner on its own is a great bullet hell and the Overpower DLC is a perfect game to dip your toes into the bullet hell waters. The visuals and sounds in the game are top notch. There really isn't much to complain about this game aside from the price. Seeing as you are forced to get the base game and DLC in one game on PS4/5 it would have been nice if the game was priced cheaper than the cost of the base game plus DLC on the Switch. The only other complaint is the fact that it is only 6 levels long but it offers leaderboards so you can replay the game to try to get on the top of the rankings. If you love shmups then this is an easy pick up.