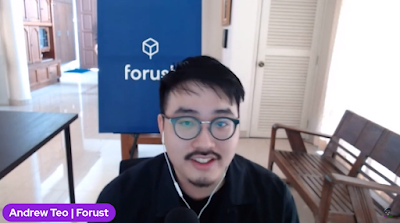 On January 21, 2022 the indie game The Company Man was released on the Nintendo Switch. Despite spending a month on Steam, I had not heard of the game until it appeared in a trailer for it's Switch release. A trailer that brought to my attention by one of my YouTube cohosts, Gary the Obsessive Compulsive Gamer. Gary then featured the game on the 31st episode of Gabbing with Geeks.
Gary asked me after the show to reach out to the team behind The Company Man and see if we could get an interview with them. After some miscommunication and playing email tag across several time zones I was able to set up an interview with Forust Studio head Andrew Teo. For 46 minutes Andrew and I discussed several topics. You can watch that interview below.