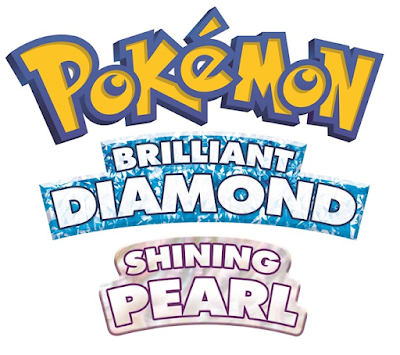 Pokemon Brilliant Diamond and Shining Pearl are JRPGs released for Nintendo Switch. As remakes of Pokemon Diamond and Pearl from 2006, for Nintendo DS, feature a complete audiovisual overhaul as well as quality-of-life improvements. Developed by ILCA and Game Freak, and published by Nintendo, the latest Pokemon titles also features a new area called the Grand Underground. The title currently retails for $59.99.
These titles accurately recreate the experience of the Gen IV titles with the classic top-down view as opposed to the full 3D angle of the more recent entries. Moreover, all of them feature the recent titles' familiar Pokemon animations as well as improvements such as doing away with the need for Hidden Moves (HMs). You'll also get Fairy-types and moves introduced throughout the recent series. However, the Pokedex will not expand past Gen IV meaning you won't see some of your Gen VI-VIII favorites in this title.
However, as loyal remakes, this is as close as they come. Much as I'll miss having Sylveon run around with me, I'm not going to dock points over features that didn't exist in the original game. All things considered, Pokemon Sword/Shield are still the quintessential games on the Nintendo Switch and my personal favorite entries in the series. But whether you're a loyalist to the series before Gen VIII, someone who missed out on Gen IV, or even a newcomer, Pokemon Brilliant Diamond and Shining Pearl will surely fit your bill for the next worthy JRPG to add to your library! 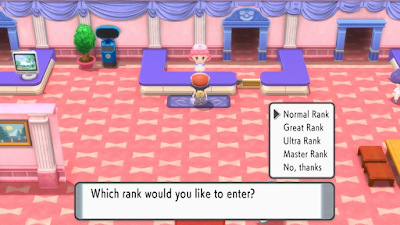 Story
As per series tradition, Pokemon Brilliant Diamond and Shining Pearl feature your quest to fill your Pokedex and become the Pokemon League Champion. Taking place in the region of Sinnoh, you'll travel across the region beating Gym Leaders and collecting Gym Badges en route to the Pokemon League.
The storyline's villains feature Team Galactic this time around. Team Galactic is centered around kidnapping Pokemon and trying to reset history. In doing so, their leader, Cyrus, wants to use the Legendary Pokemon, Dialga and Palkia, to undo the universe and recreate it in his image. During your quest to become the champion, you'll battle against Team Galactic and learn more about the history of Sinnoh in the process.
It's pretty standard Pokemon fanfare but with more dire world consequences than what you might have seen from Pokemon games before Gen IV. I also found Cyrus to be quite a likable villain despite everything. Even though he clearly lacks emotion and finds feelings to be illogical, you can't help but admire his brilliant mind and goals. All in all, I think it's one of the more interesting storylines also backed by Sinnoh's lore. Plus, as with all games in the series, you'll surely find some of the characters to be quite likable in general, including Cynthia. 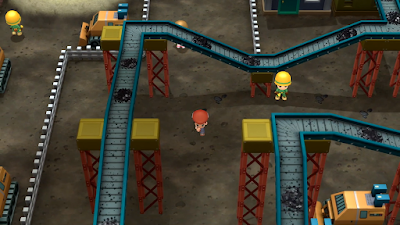 Audiovisual
Pokemon Brilliant Diamond and Shining Pearl opt for a top-down perspective akin to the titles in the series preceding X and Y. However, it's completely remade in HD with art paying homage to the game's original art style. This follows the direction of another remake Nintendo released on the Switch: The Legend of Zelda: Link's Awakening.
While utilizing the Pokemon animations featured in more recent titles, these remakes were not afraid to give the classic look either. This includes your pre-battle animation and camera angles seen in the original games. Overall, these are gorgeous titles with an appealing character design and art style melding old and new seamlessly.
Following suit of a remake, this also includes a rearranged soundtrack of the classic themes in Diamond and Pearl. For a first-timer, I finally got to appreciate themes such as Team Galactic Battle, Route 209, and Cynthia's battle theme. All of these, among others, first appeared in Super Smash Bros. Brawl and its successor on 3DS and Wii U. To finally hear these from their home game lent me a newfound appreciation that I never fully grasped until now. 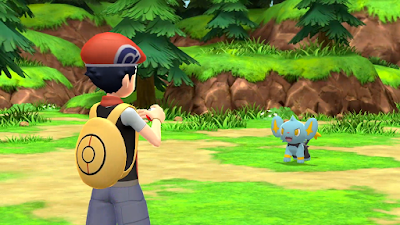 Gameplay
The classic Pokemon gameplay features you catching and raising Pokemon while battling them against other trainers. The turn-based RPG mechanics involve learning moves and picking how to build your Pokemon's stats and movesets. As remakes, these games also feature both the Fairy-type and various moves featured in games after the original Diamond and Pearl releases.
Sometimes, Brilliant Diamond and Shining Pearl fall trap to old habits that die hard. The encounter rate is high and you will want to stock up on Repels to avoid step-by-step encounters. Even then, most of what you'll encounter includes Geodude, Starly, Bidoof, and Zubat ad nauseam.
On the bright side, Hidden Moves are now activated via the Poketch app. As such, you do not have to teach your HMs to Pokemon anymore. You will also find more quality-of-life improvements if you're familiar with the original releases. As a newcomer to Gen IV, I enjoyed playing it as an older game in a new gen. However, I'm still quite fond of no random encounters and smoother bike movement in Sword and Shield.
Extra
I skipped Gen IV as I started to lose interest in the series after beating Ruby and FireRed. My passion returned in Gen VI, starting with Pokemon X, and I feel I've become a bigger fan thanks to the release of Sword and Shield. With that said, I'm glad to have finally beaten Gen IV and experienced the Sinnoh region for the first time!
Having not played Pokemon Diamond and Pearl on DS, I feel like I may have missed out on something big. Around the end of the Gen III titles for GBA (Ruby/Sapphire and FireRed/LeafGreen), I began to lose interest in the series. While my interest rekindled with the release of the Gen VI titles, I've had people swear up and down on online forums how great Gen IV was, particularly Pokemon Platinum. What was I missing? No better time to learn than now!
Sword and Shield remain my favorite but that largely comes from both the quality-of-life improvements as well as the Pokemon selection. My favorites, which largely include Pokemon from Gen V onward, include Sylveon, Pangoro, Urshifu, Mimikyu, and Incineroar. Unlike past remakes, Brilliant Diamond and Shining Pearl do not allow you to catch Pokemon from later gens. As such, I had to find some new favorites to add to my team. As such, I ended up slowly growing fond of Infernape, Luxio, and Staraptor. Of course, Gen IV also introduced the Smash Bros. fighter, Lucario. As such, I also had to add him to my team!
At first, this game felt kind of slow in a way. The same wild Pokemon encounters and not having some of my favorite Pokemon to choose from had me skeptical at first. I'm also probably spoiled by the Wild Areas of Galar and the unlimited TM use as well.
But the more I played, the more I enjoyed it. The music, the battles, and the compelling notion to start the postgame content had me playing consistently. For some reason, I've grown to appreciate Gen IV more than I anticipated. 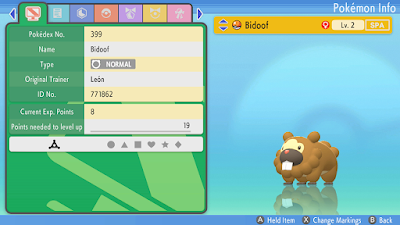 Final Verdict: Recommended
Pokemon Brilliant Diamond and Shining Pearl make for a nice little selection to your Switch collection. Whether you're a first-timer to the series, to Gen IV, or a Pokemon fan in general, I recommend getting it! For the veteran fans, you will surely enjoy the game's many improvements.
It's not something I'm too interested in battling in online. Not just because of the lack of newer-gen Pokemon but also because they won't count ranked battles either. However, as a throwback to an older game with new improvements, this is a great title. It's imperfect and not what I would say essential unless you're a diehard fan in general. Even then, it makes for a solid release and is worth checking out.
Build your team, compete in the Pokemon League, save the world, and explore the postgame content. Pokemon Brilliant Diamond and Shining Pearl are a pair of well-polished RPGs that will fit your collection well.

Press Release: Wolfstride Is Out on PC

OTA IMON & Raw Fury’s Anime-inspired Narrative Mecha RPG  Wolfstride  Is Out on PC Brazilian indie collective OTA IMON Studios and publisher Raw Fury have released  Wolfstride , the retina-melting, black-and-white, narrative mecha RPG, on Steam for $14.99. Wolfstride  is a role-playing game about three former partners-in-crime arriving at a turning point in their lives. When they inherit a junkyard mecha called Cowboy, they reunite to enter the planet’s most elite mecha competition: the Ultimate Golden God Tournament. With each member lending their unique abilities to the team – dog-mechanic Duque, mecha pilot Knife Leopard, and jack-of-all-trades Dominique Shade – they’ll have to take on and outwit the best mecha opponents in turn-based combat. What begins as a simple mission to make money gradually unfolds into a deep, slow-burning exploration of their complex lives, the dark choices of their past, and their inevitable fate with the future of the world hanging in the balance! Wol

MR. DRILLER™ DRILLLAND™ ANNOUNCES ITS GROUNDBREAKING RELEASE FOR PLAYSTATION AND XBOX CONSOLES ON NOVEMBER 4 Action-Puzzler Makes its Debut on PlayStation 4, PlayStation 5, Xbox One and Xbox Series X|S with Updated Graphics, Gameplay, and HD Cutscenes SANTA CLARA, Calif., (November 1, 2021) - Leading interactive entertainment developer and publisher, BANDAI NAMCO Entertainment America Inc. today announced that Mr. DRILLER™ DrillLand™ will be available in the Americas on PlayStation 4, PlayStation 5, Xbox One, and on the Xbox Series X|S as a digital release on November 4. Marking its arrival on next-gen consoles, Mr. DRILLER DrillLand is an action-puzzle game that challenges players to “drill” their way to the bottom of the screen by destroying colorful blocks in the game field, creating combos of colorful chain reactions and avoiding enemies all the while. The new release delivers new updates to its graphics, gameplay, and HD cutscenes. Mr. DRILLER DrillLand is also available on the Ni