Review: Ori and the Will of the Wisps 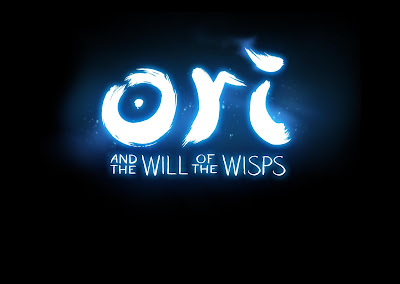 Ori and the Will of the Wisps is a 2D Metroidvania title developed by Moon Studio and released by Xbox Game Studios in 2020 for Xbox One and PC before being ported to Nintendo Switch by iam8bit. This title serves as the sequel to 2015's Ori and the Blind Forest. Featuring gameplay inspired by Nintendo's Metroid and Konami's Castlevania series, this side-scroller features exploration elements across a huge world while learning new abilities to enter new areas and take on powerful, menacing bosses.
This sequel featured numerous additions and enhancements including autosaves, a melee combat system, and a much larger game world and story quest than the first. It also introduces a new equipment system inspired by the Materia system from Square-Enix's 1997 JRPG, Final Fantasy VII. As such, Ori and the Will of the Wisps underwent a major improvement overhaul taking only the best cues from the original game.
However, that's not to say it's without its little flaws here and there. While I'm not one to nitpick, I feel that, in good faith only, the development team can still make tweaks here and there to continue polishing their skills. As such, Ori and the Will of the Wisps is, in its own right, an incredibly polished game. I daresay it's one of the best indie titles I have ever played. 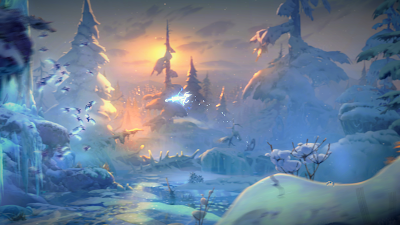 Story
Following the events of Ori and the Blind Forest, the titular spirit lives his happy life with Gumo and Naru, two companions from the previous game, along with the newly hatched baby owl, Ku. The tale goes over how Ku initially cannot fly and how Ku and Ori crash into the land of Nibel. The story eventually unravels into a tale of tragedy and sacrifice.
Ori takes many cues out of eastern mythology. Moreover, I'm mostly surprised at how deftly it handled the implications in this game. Largely not only because it's much longer than Blind Forest but because of how it impacts the entire world of Ori. It started with the journey of rescuing a friend in a foreign land, yet it ended with a tale that would impact the entire world and characters of the game. Honestly, I found this most impressive.
Audiovisual
As with Blind Forest, Will of the Wisps features unparalleled beauty in its animations and backgrounds. The gorgeous art style features tremendous detail across nature and its world teems with life. For an indie game, this standard is scarcely matched. It feels like Ori took off from where Dust:An Elysian Tail left off and continued to push the boundaries of what is possible for a 2D indie title.
Moreover, I was playing the Switch version. To take a PC and Xbox One game, port it to the Nintendo Switch, and keep it running at a smooth and steady 60 FPS is unheard of. In this era, Nintendo Switch versions feel like the scraps of multiplatform titles and often run into visual problems. While the Xbox and PC can output the best resolution, Ori's ability to run as magnificently as it does on the Switch is nothing short of impressive. 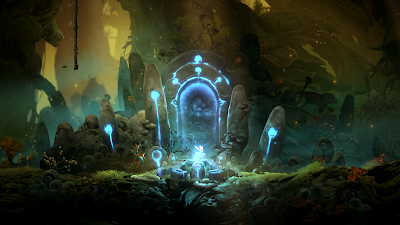 All the gorgeous environments, the woods, towns, sunsets, ice worlds, and caverns teem with life. It actually even managed to make my skin crawl in the Mouldwood Depths. The bug animations felt incredibly creepy. Plus you'll surely enjoy the score to match the mood of the game.
Gameplay
Following the 2D Metroidvania playstyle, Ori and the Will of the Wisps features side-scrolling platforming in the midst of a huge map. You'll fight enemies, avoid spike traps, and explore crevices for secret items and abilities. Perhaps the biggest change comes from the combat in the game.
One of the first abilities you receive is a spirit blade. This allows you to melee attack your enemies instead of just hurling fireballs at them. Along with the Spirit Smash, Bow, and many others, you'll have various abilities at your disposal to take down enemies. The Spirit Smash can quake enemies and even allow you to pound them safely from above akin to Link's downward stab in Zelda II: The Adventure of Link. These abilities alone add new strategy and options all the while incorporating new and more challenging enemies and bosses into the mix.
The new slot system also harkens back to Final Fantasy VII's Materia system. This allows new levels of customization allowing you to build up Ori's stats and what suits you best. You'll also gain various abilities such as magnetizing yourself to light, using a spirit grapple to sail across gaps, and much more. All in all, I found this to be a vast improvement over the original game. 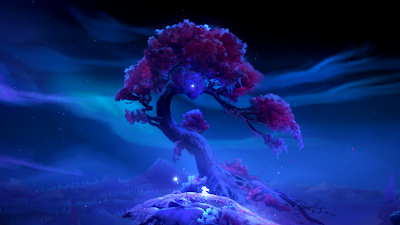 Final Verdict: Recommended
Ori's boss battles, exploration, gorgeous visuals, and haunting score make for one of the best indie games you might ever play. Prior to Metroid Dread and Castlevania Advance Collection, I daresay it set the standard for Metroidvania titles on the Nintendo Switch. If you're a fan of the genre, Ori and the Will of the Wisps may become one of your favorites.
If you're new to the series, I strongly suggest starting with this one over Blind Forest. It feels like a vast improvement over an already good game. It's longer but never overbearing. My one gripe really came from not having enough warp points to satisfy the overall size of the game's map. Other than that, the polished level designs, exciting boss battles, and various challenges will keep you entertained from start to finish. Ori's speed and the level structures pace themselves quite well so it rarely feels like trudging and pointless backtracking. Plus, if you're in the mood to take on side-quests or hunt down secret items, this game practically encourages the tasks.
It's a great game anyone can enjoy and will offer a decent, yet reasonable challenge. Nothing too bone-crushing thankfully but enough where veteran fans will enjoy it without getting bored. As someone who rarely ventures into indie game territory, this one took my attention thanks to the quality of the last game. I hope you'll enjoy it as much as I did.