Acknowledging the Flaws of Popular Games 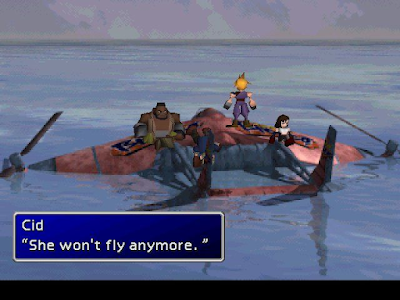 One thing I want to touch up on are the overrated games. These are the good nostalgic games but receive a little more credit than they deserve. While you'll have perennial classics like Super Mario World, Final Fantasy VI, and The Legend of Zelda: Ocarina of Time, I would like to address a few standout titles you probably see your friends on Facebook reminiscing over from time to time?
For starters, this isn't meant to slight anyone. Rather, it's to look at classic gaming from a different lens. That lens is to understand that not all games are created equal despite their similar popularity among one-another in popularity rankings. Some classics from yesteryear aged poorly while others still look and play magnificently today. Castlevania: Symphony of the Night is one such example. Blood Omen: The Legacy of Kain, on the other hand, only gets points for its story and music.
As such, do you ever wonder why certain games' flaws are glossed over despite their popularity? When it comes to overrated games, this is more than talking about why x game and y game are popular today. It's more of a study of the classics. When it comes to that word, however, you might know one game that comes to mind immediately.
Final Fantasy VII
The first is Final Fantasy VII. Notice how I used VI as the example above? That's because VI wasn't a pixelated or polygonal mess. VI was a wonderfully polished JRPG. VII was a wonderfully polished JRPG in every way, too, except its visuals. When you look at how Final Fantasy VIII and even Sony's Legend of Dragoon used the battle models as the map models, you look back to VII and realize Square had zero excuses to release VII the way they did. The map models look like dolls and are an eyesore to look at. System limitations be damned, it was completely possible for them to make VII's map character models actually look decent and not like low-res Mario in Super Mario 64.
Despite that, however, Final Fantasy VII is lauded as a revolution in the gaming industry. It introduced CGI cinematics which, by comparison to in-game graphics, look absolutely gorgeous or at least for their time. Outside of its audiovisual quality, it also told a stellar story and nailed everything high. Music, battle system, pacing, and world design were all enjoyable facets of the game. Just...it was an eyesore to look at and I won't gloss over it. Some people are adamant to defend Final Fantasy VII as a "product of its time" despite numerous games looking vastly better than it. This is partly due to blind nostalgia as well as a bias towards the game as opposed to the reality that Square could have used more time to make the game look like more than a polygonal mess but simply chose not to.
Also of note, as someone who otherwise gives Final Fantasy VII a high ranking, I played Final Fantasy VII Remake with low expectations. I ended up coming out playing perhaps the greatest game I have ever played. The level of polish dedicated to pacing, combat, side-quests, music, character development, and literally everything else stands as a testament to some of the greatest design I have ever seen. VII Remake may have raised the standards, for the JRPG genre and gaming as a whole, perhaps a little too high. If you have the PS5 version, play the Intergrade remaster to avoid the loading times!
Pokemon Red and Blue
Another I want to address is Pokemon Red and Blue. In the Pokemon community, we have a term: "genwunners." While the people who played the first generation of Pokemon and dipped either moved on from video games or lost interest in the series, there's an infamous subset of "fans" who seem to only recognize the first game as the only one that matters. This is due to their blind nostalgia to how great Pokemon was booming in the late 90s and early 00s with the anime, movies, and choice of Game Boy games alongside all the merchandise.
People who moved on after Gen I realized Pokemon wasn't their game or genre. That's totally fine. People who swear by Gen I being the "best" or the one that matters is an opinion revolving solely around nostalgia. I would dare say it's flat-out incorrect. 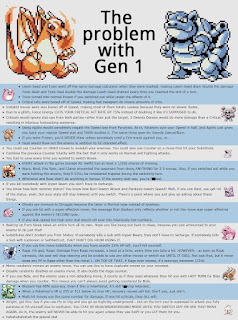