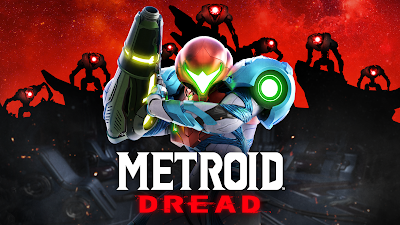 Metroid Dread, Nintendo's latest entry in the illustrious 2D sci-fi series, came out to rave reviews on Nintendo Switch this past October. This glorious entry marked the debut of the Metroid series on the Switch and boasted a number of incredible series landmarks. Developed by Mercury Steam and produced by Yoshio Sakamoto, Metroid Dread follows the formula of its 3DS predecessor, Metroid: Samus Returns.
Well, I beat the game days after it came out and spent around 10 hours clearing my first run. While the game's final time logged in around 6 hours, I'm not the only one who felt like the game didn't account for everything and, as such, I spent more time on it than recorded. However, I'm no stranger to replaying Metroid titles. Having cleared both Hard and Fusion Modes back-to-back in Metroid: Samus Returns, I wanted to enjoy another challenge run through Metroid Dread's Hard Mode.
Keep in mind that clearing the map 100% nets you a number of art gallery rewards. Likewise, beating Metroid Dread on Hard Mode, within a set number of hours, also rewards you with a number of in-game art pieces. However, as someone who's not interested in speedrunning, I played for the challenge and unlocked a number of gallery pieces on my way. However, what I felt most was how enjoyable the Hard Mode was as well as the overstated complaints of Metroid Dread being "too hard" for some players, both of which I would like to address here.
The Hard Mode Incentive
Metroid Dread's main incentive for hard mode comes from unlocking the aforementioned gallery pieces. Granted, while you could just as easily look them up on Google, the reward you get still feels valid when you clear the game to unlock them yourself. If you're into speedrunning, you can unlock more depending on how quickly you clear the game.
However, for me, it was wanting to play on a heftier challenge. I already loved Metroid Dread the first time through. I died to the final boss a good number of times before taking him down completely. Yet something brought me back for more. Perhaps it was the sign of good faith that the developers would create a balanced difficulty level on an already challenging game. Just as they did with Metroid: Samus Returns, I feel they succeeded. 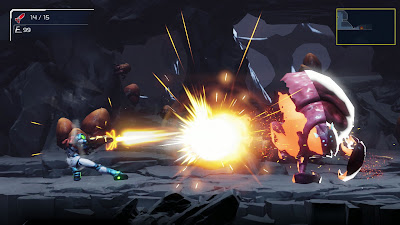 Not As Hard As Some Say
I've seen the every-so-often complaint from casual players regarding the main game's difficulty. Unlike games like Super Metroid, Fusion, and Zero Mission, Metroid Dread relies heavily on your ability to read your opponents movements and memorize their attack patterns. They'll swipe entire Energy Tanks of health off you if you fail to strategize properly. As such, it just comes down to using your weapons and timing your Melee Counters appropriately.
Yet, make no mistake. I daresay Metroid: Samus Returns was the hardest 2D Metroid until Dread came along. But despite that, much of that difficulty was rooted in your ability to memorize boss attack patterns. As such, with my familiarity with their moves in my second playthrough, I found Hard Mode to be easier than my first time around. I took down most of the bosses within a couple of tries and accepted that a failed counter lead to serious punishment. Despite that, I feel this mode is certainly welcoming to Metroid fans.
Final Thoughts
Hard Mode might not be for everyone. In an era where my backlog continuously grows, I sparsely find myself replaying games. It has to be damn good, even amazing, to garner enough of my attention to warrant a replay. For an ~8 hour game, Metroid Dread was at least worth the time for a replay. Considering it's a potential Game of the Year contender, it's an undoubtedly polished title worth the attention of any Nintendo Switch owner.
I'm no stranger to Hard Mode in past Metroid games or even related Metroidvania titles like IGA's Castlevania games including Aria of Sorrow. Other than filling in a few story gaps and taking on a harder challenge to unlock art, though, I can't say there's much incentive to clearing Hard Mode. It just depends on how much you love Metroid Dread. Right now, I imagine some people are on their twelfth speedrun trying to hit a world record.
Metroid games always had considerable appeal and replay value. Even though it's shorter than some of Nintendo's contemporary series, Metroid games always find the fine line of time and challenge to bring you back again and again!