Why the upcoming TMNT: Shredder's Revenge is such an important beat 'em up title

The upcoming Teenage Mutant Ninja Turtles title, Shredder's Revenge, comes courtesy of developer Tribute Games and publisher Dotemu. While the latter is known for publishing a number of modern-day retro titles, such as the recent hit Streets of Rage 4, the former has a resume under its belt as well.

Among these include the TMNT title for Game Boy Advance released in 2008 and Scott Pilgrim vs. The World: The Game, the hit beat 'em up which recently received a breath of new life thanks to being ported to modern-day platforms. As such, it might go without saying that, along with the recent releases of Battletoads and WayForward's 2018 title, River City Girls, we're living in a renaissance of beat 'em up titles.

Among all the beat 'em up throwbacks to the 80s and 90s, however, there are two titles I staunchly believe make up the best of the best: Teenage Mutant Ninja Turtles: Turtles in Time and Streets of Rage 2. Well, with the release of Streets of Rage 4 reclaiming its crown as the best beat 'em up around, nothing excites me quite like seeing a new Ninja Turtles game as well. 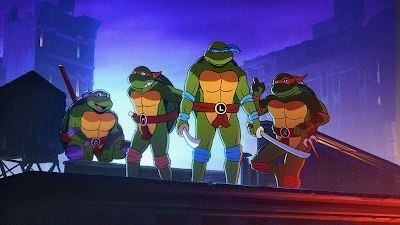 With that being said, TMNT has had its fair share of beat 'em up titles come out over the last decade or so. Beginning with the Xbox Live Arcade port of the 1989 Arcade title, TMNT has seen a failed remake of Turtles in Time called Re-Shelled and an arcade title exclusive to arcades. But this new hit release is being developed by veterans of the genre who want to pay tribute to Konami's classic titles on the NES, SNES, Genesis, and Arcade machines.

To call TMNT Turtles in Time one of the best beat 'em ups of all time is not an overstatement. It balanced itself well among quality level design, music, sound effects, visuals, and gameplay. The variety of gameplay included your ability to attack, grapple, dive-kick, and earn extra lives by slamming Foot Clan ninjas into the ground and into the screen. The game was the ideal homage to the hit cartoon show featuring music and boss designs from the source material. But most of all, it was one of Konami's most polished and enjoyable games on the SNES, Arcade, and as Hyperstone Heist, on Genesis as well.

For reference, earlier beat 'em ups like Konami's TMNT, X-Men, and Simpsons games lacked the hit-detection and combo abilities you could use in Turtles in Time. They relied more on exploiting the game with dive kicks to avoid cheap deaths from bosses which were used to suck up quarters from players. Turtles in Time, however, seemed to polish hit detection, visuals, and combos as if it was taking cues from fighting games like Street Fighter II.

Turtles in Time paced itself well with balanced difficulty and co-op, something lacking in other contemporary games of the genre like Spider-Man & Venom: Maximum Carnage. It could contend with Streets of Rage 2's overall design, combat options, sound effects, and boss battles. To be fair, I prefer Streets of Rage 2 but I feel whoever picks one over the other bases it entirely on preference. Sadly, after the early 90s apex of the genre, they seemed to fade away over time with varying releases such as GBA ports (Final Fight One) or including the games in newer TMNT titles without the original soundtrack. 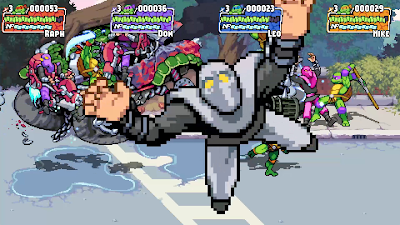 The recent beat 'em ups of the past decade, such as River City Girls and Streets of Rage 4, helped set the standard for what we want in TMNT: Shredder's Revenge. You've got an art style and animation that captures the feel of the series given new life with HD visuals. The sound quality means hopefully we'll get some classic TMNT remixes and maybe even those from the past games as well. Give us some solid fighting game-esque combos, a balanced difficulty level, online multiplayer, and twice as many stages as what we got in past games.

Replay value could include Trophies, additional challenges, unlockables, and other incentives. Besides that, we couldn't ask for more besides a well-polished experience that hits all the notes just right. Give it solid pacing, hard-hitting sound effects, and the style we know and love from the Teenage Mutant Ninja Turtles, and we might have the best beat 'em up of the new decade along with Streets of Rage 4. 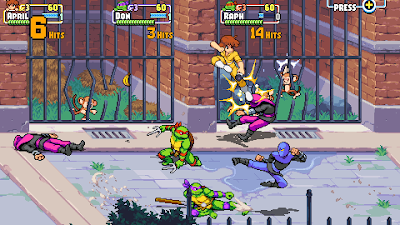 What do you hope for from TMNT: Shredder's Revenge? Let us know in the comments below. Finally, be sure to follow our social media channels for the latest and greatest on gaming content, previews, and reviews on The Geek Getaway.