Why Super Smash Bros. Ultimate has yet to feature a Pokémon DLC Fighter.

*Editor's note: This article was originally written prior to Kazuya and Sora being announced as the final 2 Fighter Pass 2 characters.
Nintendo recently released the latest addition to Super Smash Bros. Ultimate's Fighter Pass 2: Pyra and Mythra from Xenoblade Chronicles 2. Coming from the 2017 Nintendo Switch release, Pyra and Mythra's inclusion follow the release of Final Fantasy VII's iconic villain, Sephiroth, in Smash. While there seems to be no rhyme or reason to the release of the DLC fighters, one lack-of considerable option sticks out like a sore thumb: Pokemon.
Mario, Zelda, Fire Emblem, and now even Xenoblade have received new stages set in the current generation from their respective Switch titles. The last Pokemon added to the roster, Incineroar, comes from the 7th Generation Pokemon Games, Sun and Moon, released on 3DS in 2016. However, the ever-popular franchise celebrates its 25th anniversary this year but strangely with nothing to show for it in the hallmark series that has undoubtedly introduced countless players to Game Freak's iconic monster-catching JRPG.
Sometimes Nintendo likes to market new or upcoming products based around a timeframe. Sonic returned to Smash 4, from Brawl, around the time Sonic: Lost World got released for the Wii U. This in turn gave him a new stage: Windy Hill Zone. Joker, the first character in Fighter Pass 1, came hot off the heels of Persona 5's successful 2017 release. Likewise, Hero from Dragon Quest's E3 trailer was followed by a Dragon Quest XI S trailer for Nintendo Switch.
However, both of Pokemon Sword and Shield's DLCs - Isle of Armor and Crown Tundra - have already come and gone. Furthermore, The Pokemon Company has already revealed their upcoming titles in the current Pokemon generation: New Pokemon Snap, Pokemon Brilliant Diamond and Shining Pearl, and Pokemon Legends Arceus. While it would stand to reason that Urshifu, the final evolution of the newly introduced Pokemon from the Isle of Armor, Cubfu, might join the roster, it has not made an appearance in Smash nor has any other Gen VIII Pokemon for that matter.
With two DLC slots remaining, the chance of a Pokemon DLC fighter coming to Smash Ultimate becomes increasingly slim. Considering that Nintendo will choose one DLC fighter from 1997 (Sephiroth) or one from 2017 (Pyra/Mythra), your guess at their whimsical choices is as good as mine. There's no telling if we could end up getting a mascot like Crash Bandicoot or an iconic fighter like Dante from the Devil May Cry series. 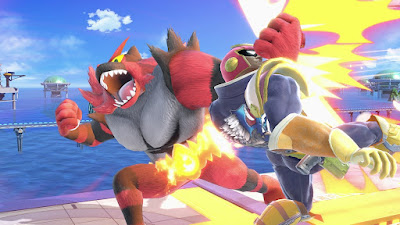 Interestingly, Pokemon has the most representatives in Smash. Pikachu, Jigglypuff, Pichu, Mewtwo, Lucario, Squirtle, Ivysaur, Charizard, Greninja, and Incineroar make up 10 fighters in Smash. This is not counting characters spun-off from Mario, such as Yoshi and Wario, represented in their own franchises. While this seems to fly under the radar in lieu of the community's notorious complaining over another particular JRPG's representation, with over 800 Pokemon to choose from, one could argue there's never enough Pokemon in Smash.
Considering how many of them can be summoned from the Poke Ball and Master Ball items, these popular creatures continue to make a presence in Smash. Once-summonable Pokemon, like Charizard, eventually made their playable debut and even flew solo in the 4th Smash title.
However, Mewtwo and Lucario both starred in Pokemon movies. Pichu followed Pikachu's popularity while both Greninja and Incineroar were starter evolutions from the 3DS titles. Pokemon Trainer was an iconic choice for fans of Red, Blue, and Yellow, and Jigglypuff is popular in Japan. Where does that leave us? With a likely choice from either a recent Pokemon movie, a starter evolution, or maybe a Gen VIII Pokemon Trainer.
Despite that, I cannot stress the unlikelihood of Scorbunny, Raboot, or Cinderace getting in simply because we already have two Fire-type starters in Smash. This would make the next likely choices either Inteleon or Rillabloom, the final evolutions of Water-type starter Sobble and Grass-type starter Grooky, respectively. Meanwhile, the latest Pokemon film features the new mythical Pokemon, Zarude, in Pokemon the Movie: Secrets of the Jungle.
This Dark/Grass type Rogue Monkey Pokemon could be introduced in Smash to promote the latest film in the Pokemon series. However, it's only narrowing down the possibilities and, even compared to Lucario upon its release in Brawl, one that's relatively unknown. Nintendo could also choose Zacian and Zamazenta and give them similar movesets, akin to Pyra/Mythra, or an Echo Fighter slot. It's unlikely they would have one without the other.
Keep in mind that Nintendo has also released only one first-party character in each Fighter Pass thus far. These include Byleth in Fighter Pass 1 and Pyra/Mythra in Fighter Pass 2, respectively. However, this does not rule out the possibility that a new Pokemon might join the roster yet. 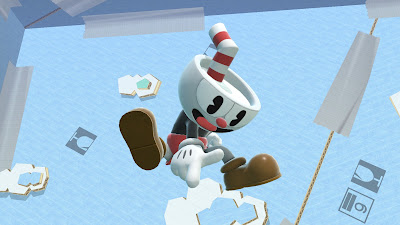 However, should the above choices not match Nintendo's criteria for a proper Smash character, then it could be anybody's guess out of 100+ Pokemon from Sword and Shield. Even with Final Fantasy VII gaining a new stage, Northern Cave, along with new remixes from the game, it stands to reason that Pokemon might get a Galarian stage at some point just to keep it fresh within Smash. However, we might not know that answer until E3 in mid-June.
Which Pokemon do you find most likely to enter Smash? Let us know in the replies! Also, be sure to follow our social media links for more quality gaming content. Until next time!