I recently beat Final Fantasy XV Royal Edition for the first time and I've got to say it was an impressive game. Now that I've finished tackling the DLC episodes, I would like to briefly cover each episode and how well they stack up with one another and the core game as a whole. While I safely say Royal Edition is worth owning and its DLC episodes are worth playing, do keep in mind that each episode plays quite differently from one another. Several of them take cues from other popular game franchises.
With that being said, if you haven't played the DLC episodes yet, rest assured. This will contain a brief guide that will attempt to avoid major spoilers. This will brief you on what to expect from Final Fantasy XV's various DLC episodes. Keep in mind that Episode Ardyn is separate from Royal Edition and must be purchased separately. Furthermore, this ranking will also exclude the Final Fantasy XV Multiplayer Expansion, Comrades.

This episode takes place late into the game. Prompto wakes up in an Imperial research facility in the middle of a wintry tundra. The story here revolves heavily around Prompto's origins, the mystery of his birth, and his insecure feelings over being one of Noctis' retainers. As such, Prompto's story culminates with him confronting his father.
Taking place in a research facility and armed with various firearms, Prompto will sneak around the facility while engaging in firefights with imperial forces. If sneaking around and facility make a connection in your head, congratulations, you may have realized this plays similarity to Metal Gear Solid. Featuring a third-person shooter element, Prompto can switch between guns, grenades, and various weapons to take on soldiers and mechs. You can also travel via snowmobile to travel around the tundra, take on side-quests, and battle alongside the beautiful dragoon fighter, Aranea.
I can't say I was personally the biggest fan of the shooter gameplay. You run out of ammo fairly quickly, reload either from enemies or from switching out various guns, and travel can be a pain. The pacing to and from on one part of the snowmobile ride took longer than needed prior to the boss fight. You can also encounter a Level 99 Behemoth for God knows what purpose or how long you need to grind to properly fight it. I avoided it and focused on clearing the story which I found to wrap itself up nicely.

In Episode Ignis, you'll take control of Noctis' tactician during the fight in Altissia. Ignis is tasked with evacuating the civilians all the while fighting hordes of enemy soldiers. Controlling territory while taking on squads of enemies briefly channels Koei Tecmo's Warriors series. As such, it's combat-heavy and paces itself quickly.
However, this reminiscence fades after the first chapter. While teaming with Ravus, Ignis will take on one more gauntlet horde before entering in several boss battles. The final chapter will play more like standard Action/RPG fanfare within a facility but no longer incorporate the hordes familiar to Warriors fans.

I found the storytelling to be the best in Episode Ignis. I love how Ignis could see into the future via the Ring and did everything he could to stop Noctis from having to sacrifice himself. Moreover, it includes an Extra Verse allowing you to see an alternate, happier ending. Playing as Ignis was fun but the sparring match against Noctis was an absolute pain.

The Gladiolus DLC takes place around the first half of the game when Gladiolus briefly leaves the party. Seeking strength after his defeat at Ravus' hands, he undergoes Gilgamesh's trial to become a true Shield of the King. Accompanied by the marshall, Cor, the two enter a life-or-death trial against vicious fiends.
I was personally fond of Episode Gladiolus the most for its consistent and straightforward gameplay. The UI and the music screamed Devil May Cry which in fact was composed by DMC series composer, Tetsuya Shibata. However, the action itself, especially in its pace and simplicity, reminded me heavily of Crisis Core: Final Fantasy VII.

Gladiolus can defend and parry which rewards you with much stronger moves as you clear through the trials. The end battle against Gilgamesh also brings back memories to any fan of Final Fantasy V with its remix of "Battle on the Bridge." Moreover, you can spar with Cor for an even tougher challenge after you clear the story. I found this one to be my personal favorite thanks to Gladiolus' growth, his ambition, his past, as well as his companionship with Cor. The battles themselves were also quite enjoyable. 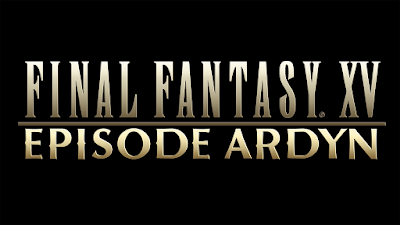 Until I played this, Episode Gladiolus was my favorite DLC campaign. Gladiolus put me in the role of my favorite character while battling hordes of monsters with a massive sword.
What Episode Ardyn did differently was told a story on a grander scale. It featured the origins of Ardyn, his motives for evil, and his attempt to defy fate. Trying to sate Ardyn's revenge, you find yourself attacking the crown city of Insomnia before doing battle with the King, Regis Lucis Caelum.
Unlike other DLC campaigns, this one has a bit more of an open-world approach. You can travel around the city vandalizing property, fighting royal soldiers, and growing Ardyn's abilities. Note that it's called Descension as opposed to Noctis' Ascension. You can also buy new hats for Ardyn and change his appearance. Plus you can summon the Infernian, Ifrit, into battle.
Ardyn plays similarly to Noctis using the warp-strike and the conjured swords. He can also cast powerful magic spells or use a sniper rifle in battle. You'll get a unique yet awesome battle theme to accompany your warpath as well. The whole story it told, plus the lore which you can acquire, definitely make this the complete package.
As with the other episodes, it's nothing challenging even on Normal mode. You'll quickly realize just how overpowered you are even without using items. The real challenge comes from the post-campaign sparring match that alters the game's ending, so to speak. People seeking a true challenge can also try and go for the A-rank to nab the final trophy if they so choose.

Final Thoughts
I found Final Fantasy XV's DLC to be overall enjoyable and well-worth playing. It's best to finish these after you beat the game in order to avoid the bigger spoilers that impact the game's ending. However, you do unlock new equipment which can be used in the main campaign. Whether you choose to do it during the story, during postgame, or in New Game Plus is entirely up to you.
The DLC added much-needed backstory and explanations to fill in the gaps in XV's story. The uneven pacing near the end of the game introduced more questions than answers including character disappearances and motives. Granted, it would be nice to truly defy fate for once. Unfortunately, such a story was scrapped before it could ever be finished. If you so choose, however, you can pick up the novel which wraps up the story once and for all.
In the end, your favorite DLC episode might come down to your favorite character, weapon, and playstyle. I think they all had a solid story to tell and in addition to filling in the gaps were great tales in their own right. Definitely don't miss out on the Final Fantasy XV Royal Edition DLC episodes once you beat the game.
Be sure to follow our social media links. We'll keep sharing our quality gaming previews, reviews, and content for you on our site! Until next time!