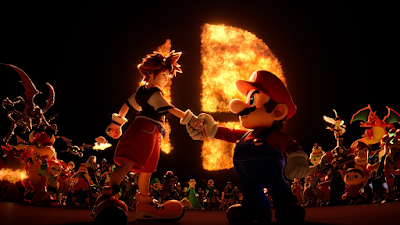 Well, guys. It's finally here. On October 5th, 2021 at 10 PM EST, Smash series creator, Masahiro Sakurai, revealed the final DLC fighter to enter the illustrious title for Nintendo Switch. The final reveal, hailing from the ever-popular Kingdom Hearts franchise, was none other than the Keyblade wielder himself: Sora.
Despite years of speculation, Sora defied all of the odds to get into Smash. I've seen multiple reports indicating there was no way Square-Enix and Disney could allow Sora to enter the realm of Smash. Despite being the most popularly requested character - and the last "big one" to enter the game - no sign of Sora was seen. I personally thought he would be the last DLC revealed but that was before Fighter Pass 2 was revealed. Even then, such reports hindered my optimism at the prospect.
I'm just as shocked as anyone because it sounded like it was barring copyright walls that could not be crossed. Sora made the most sense as the fan-favorite and the trend set by Smash featuring popular fan-favorite characters, series mascots, legends, and widespread appeal. Barring Sephiroth, it's hard to believe any Smash Ultimate DLC reveal could top this.
The Significance of Kingdom Hearts
Square-Enix developed Kingdom Hearts in 2002 for the PlayStation 2. This 3D Action/RPG featured a sort-of crossover set in the Disney universe while featuring characters from Final Fantasy VII, VIII, and X. The major protagonists and antagonists included original characters who get caught up in the crossfire of the worlds disappearing into a void of darkness. Featuring a stellar soundtrack, breathtaking visuals, and a memorable cast of characters, the 2002 hit spawned numerous sequels and spin-offs and became one of Square-Enix's - and gaming's - most memorable franchises. 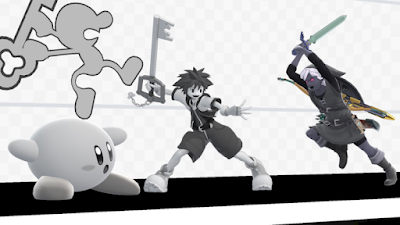 As such, given the incredibly widespread appeal of Kingdom Hearts, it's no surprise Sora was the single most odd-one-out not yet featured in the rest of Smash Ultimate's cast. Furthermore, I daresay that his inclusion - the climax to Smash Ultimate's entire DLC roster - will be a nigh-impossible act to top. It set the tone for the grand finale and the single-most requested character in the series.
Like mentioned earlier, Sora's inclusion went through a series of likely loops and hurdles regarding copyrights due to being owned by Disney. Developer Square-Enix is already known for being rather stingy when it comes to its properties. Note that the only original Smash arrangement from the series comes from "Hand in Hand" as Sora's victory theme. But to add Disney into the loop unmistakably makes it all the likelier why Sora could not make his grand debut on the Wii U and 3DS editions of Super Smash Bros. back in the mid-2010s.  Nonetheless, we are truly grateful for both parties for realizing the dreams of millions of Smash fans eagerly anticipating Sora's arrival.
Sora's Moveset
"Another anime swordsman," the Smash community surely lamented, either jokingly or otherwise. In this case, however, and much like Sephiroth, it's not a Fire Emblem character but a protagonist from a beloved series long overdue for its debut in Smash. Furthermore, the Keyblade is unlike any sword in gaming history due to its shape and its ability to seal huge voids and unlock worlds.
In Sakurai's presentation, Sora is described as being lighter than Young Link. As such, he won't be able to take as much damage as midweights, such as Mario, and heavier. However, Sora boasts effective range, recoveries, edgeguarding abilities, and combos. His special moves include the trio of elemental spells - Firaga, Thundaga, and Blizzaga - while his taunts reference other magical spells. He can also use Sonic Blade and even a Counter. You can learn more about Sora's moveset here.
Final Thoughts
I'm a bit flabbergasted and I would be lying if I didn't say I wasn't a bit excited over Sora's announcement in Smash. I played through the Kingdom Hearts series starting with the original in high school and it was one of my first PS2 games back in 2004. Given the reports I had read before, I was not expecting Sora to make it into Smash as I thought he was deconfirmed. But I would be remiss if I didn't say I'm already more invested in him than any other character in the second DLC pass. 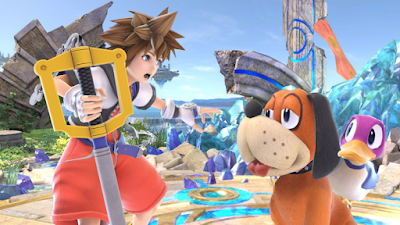 I guess it goes without saying I'm also a fan of Square-Enix. When your favorite games include Super Mario RPG and Final Fantasy VII Remake, you tend to familiarize yourself with a brand you love. Not only that, but with Cloud being my favorite DLC character in Smash and Sephiroth having the biggest reveal prior to Sora, you might say I'm a little biased towards Tetsuya Nomura's characters. As such, Sora perfectly fits into the mold and I honestly look forward to trying him out!
Now, since I don't really use lighter characters, I'm still interested in trying him out regardless. Depending on the matchups he covers with my current set of main characters, I have no reason not to use him. Sure, he's not using Metal Chocobo or Oblivion, but I'm sure I can still make a bit of use out of the Kingdom Key. But overall, his inclusion with my favorite level of all time - Hollow Bastion - makes his inclusion the perfect finale to Smash. 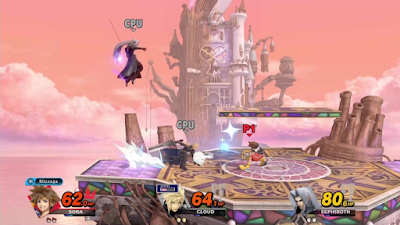 How did you feel about Sora's reveal? Let us know in the comments below! Also, be sure to follow our social media pages for the latest on our gaming reviews, takes, and content!