Selaco: The next best boomer shooter

In recent years, we also saw several games being made using old engines, which is a sight to behold. Selaco is one of the latest retro FPS, but this one is being developed in GZDoom (a source port of the original DOOM engine), with developers citing Quake, DOOM, and FEAR as its primary influences.
The game is set in 2255, after the fall of Earth, with surviving refugees having been transported to a large underground facility on Mars called Selaco. When Selaco is suddenly under attack by unknown forces it’s up to Dawn, an ACE Security Captain, to stop the attack and figure out Selaco’s complex history. Despite the seemingly clichéd premise, Selaco will also focus on Dawn’s personal story, which is directly tied to the plot. 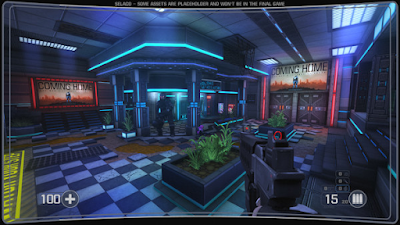 The decision to use GZDoom instead of a modern engine like Unreal or Unity is a bold one. For one, GZDoom is a fairly modern source port with plenty of “quality of life features”, but using this engine gives the game, specific charm and as a plus, it can probably be run on almost any configuration.
One of the main features is that the AI of GZDOOM has been vastly overhauled and is now much more tactical and clever, to the point that you will wonder if this is even a GZDOOM game. Enemies will adapt and behave differently depending on your playstyle.
Dawn will be a fully voiced protagonist who, unlike typical BUILD engine characters won’t speak in corny, clichéd one-liners. Instead, Dawn will deliver more realistic lines that are a direct reaction to the environment, something that you don't hear often. 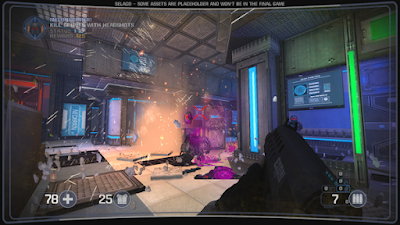 The game will feature destructible environments, that will show off the awesome power of your weapons. With the help of voxels, you can see the destruction after each encounter, and in fact, almost everything can be reduced to one big, giant pile of rubble. Combat in Selaco is fast and will test your skill constantly. Enemies will pour from seemingly everywhere, moving fast and attacking with new tactics, forcing you to think on the fly. The hit detection is top-notch, and you can see enemies stumble or fall if hit while moving.

In addition to a somewhat standard FPS arsenal, you will also get to wield a Nailgun, which can not only nail enemies to the wall but also destroy pieces of the environment. Also, you will also get to equip a UC-11 Compact, an SMG that with its fast firing rate is insanely fun to use and will destroy everything in seconds. However, not even these descriptions can convey, just how satisfying the shooting in Selaco feels. 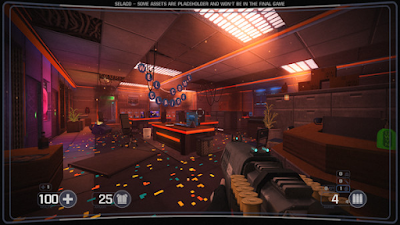 As you play the game, you will also be offered an Incursion mode after each level. In this mode, you will be faced with seemingly endless waves of enemies, and if you manage to beat it, you will gain bonuses that will help you further in the game. In addition to the Incursion mode, new mutators will be unlocked as the game progresses. The game will support modding, and that is always a plus.

With no clear release date insight, you should definitely keep your eye on Selaco as it develops. The game will be released in three separate acts, with each of them giving hours of new content. In the meantime, you can follow the progress of the game here, and if you want to support the game you can do it through Patreon as well. With the way things are progressing, you should definitely keep an eye out for Selaco.