If you played strategy games, you would have sooner or later heard of the Jagged Alliance games. While the first game came out in 1994, the game that everyone remembers is Jagged Alliance 2 (1999), which during the years achieved legendary status. JA2 is often held in high regard by both critics and audiences and is considered one of the best strategy games ever created.
However, JA2 isn’t just a turn-based strategy game, it is actually a blend of strategy and RPG, which is not an easy task. The game actually has a dedicated community that modded and greatly expanded the game with numerous mods, mainly the 1.13 mod (that you should definitely check out). 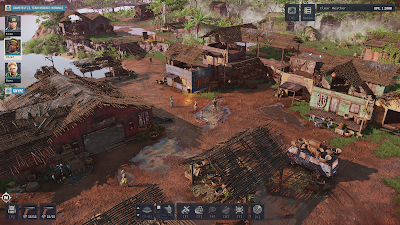 So, you may be wondering why such a great game waited so long to get a proper sequel? There were actually several attempts to make a sequel, but all of them ended catastrophically. When Sir-Tech went under in 2003, the Russian MiST Land South (later GFI), took the rights and started the development of Jagged Alliance 3. Sadly, they ran out of money and lost rights to the game, which would eventually be released as Hired Guns: The Jagged Edge.
In 2012, Coreplay and Kalypso Media, published Jagged Alliance: Back in Action which was a remake of JA2. This game was received with mixed reviews, and one of the main issues was the lack of a turn-based system and a generally unattractive UI.
In recent years THQ Nordic published two games to keep the franchise relevant Jagged Alliance: Flashback and Jagged Alliance: Rage. Both of these games did little to help the legacy of the franchise as they were received with negative reviews.
So, on September 17, 2021, THQ Nordic announced Jagged Alliance 3, which will be developed by Haemimont Games (the developers behind Tropico 5 and Mars). With several strategy/management games under its belt, the developers are confident in their product and want to do the series justice. 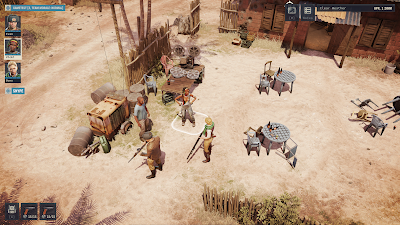 The game is set in Central Africa, where are a country of Grand Chien is thrown into chaos when the president goes missing and a mysterious group known as “The Legion” stage a coup and seizes power. It’s your job to find the president and restore order. All in all, a pretty standard Jagged Alliance story.
THQ Nordic was generous enough to show a few screenshots and a trailer. Judging from the screenshots, the game takes place in the year 2000, and some of the classic mercenaries will make a comeback.
The gameplay seems to be closer to the original JA2, but a bit modernized with the now-familiar XCOM vibe. Looking at the screenshots, there are buttons for commands such as Overwatch, Bandage and it appears that certain characters will have unique abilities. The game will also use an AP system, which should allow you to use additional AP for better aim. The laptop is still present, and the hiring and firing of mercenaries seem to be working the same way it did in JA2.
With no release date set, the best one can do is hope that the game will turn out well. In the meantime, you can wishlist the game on Steam, and wish the developer good luck and success on their game. They are definitely gonna need it.