Hey! Come check out some indie games! with TonyTGD and GaryOCG 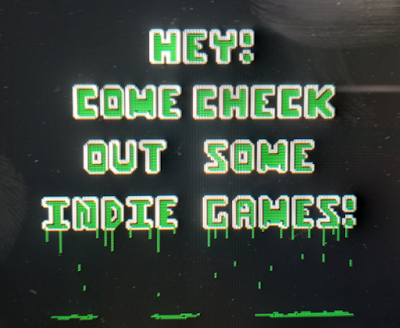 What's up Meat Bags! It has been quite a while since I sat down and wrote something but this is something I really wanted to share with you all. You see, every Monday at 7:05PM CST myself and Gary the Obsessive Compulsive Gamer take a look at some upcoming, recently released, and overlooked indie titles. If you are sick and tired of the same old same old from the major AAA studios then you are not going to want to miss this show.
With just two episodes under our belt, now is the perfect time to jump onboard the hype train. I created a convenient playlist of all the episodes so you can always go back and check out episodes at a later date if you were unable to catch them live. However, if you are able to watch live you can participate in the discussion as well as suggest some games to highlight during the second half of the show.

If you know of any indie developers or are one yourself, feel free to reach out and let us know about your games. If possible, we would even love to have some indie developers hop on and discuss their games live. Hopefully I see each and every one of you on Monday and remember that gaming is all about having a good time!