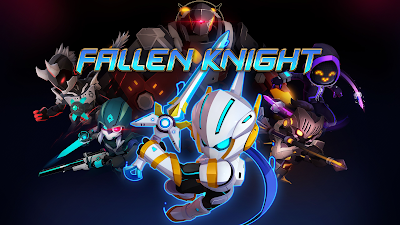 Fallen Knight is a 2D hack and slash action platformer developed by FairPlay Studios Co. Ltd and published by PQube Limited. The game is $14.99 on Xbox, Ps4, and Steam. A Switch version is said to be coming later in the year. 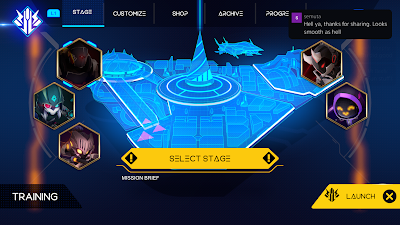 In Fallen Knight you assume the role of either Lancelot or Galahad, two Knights of the Round Table, and attempt to stop The Purge from stealing the Holy Grail, the power source for the future civilization of the game world, and using it for their nefarious plans. Along the way you will discover secrets about the Knights, The Purge, and the world of Fallen Knight in general. 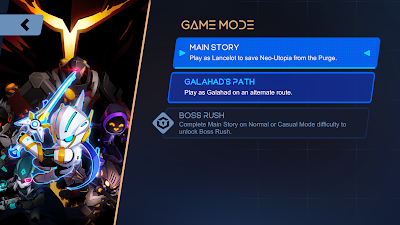 There are three and a half game modes in Fallen Knight. The Main Story, which is like playing a hack and slash game with selectable levels, is playable in a standard difficulty or you can choose to play it in casual mode. Both Standard and Casual mode follow the same story path, hence why I qualify Casual as a half mode, but Casual gives you access to a skill, which I will go into greater detail later, that makes the game far easier to manage. The Galahad Path plays out like a Rogue-like game with a single life and access to random abilities from the start. Boss Rush mode is exactly as you would expect, a series of boss fights one after the other and it is only accessible after you have beaten the main story. 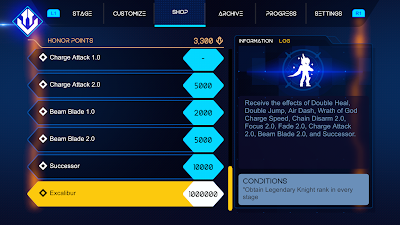 Although the game is a hack and slash platformer, the main gimmick of gameplay is the ability to parry and "disarm" your enemies, earning Honor Points you can spend on unlocking or upgrading skills. I put disarm in quotes because the maneuver still destroys the enemies rather than showing them captured or running away. Parrying is done by pushing the attack button when an enemy makes a melee attack and a red light flashes. The timing on this can be pretty tricky to nail down but you can eventually unlock skills that extend the parry window. Enemies who do ranged attacks must be approached closely to trigger their melee attacks and this can cause you to eat several attacks trying to get the parry opportunity set up.
While the parry and disarm animations play the player is invincible however there are no invincibility frames once the animation ends and you can find yourself eating an attack right after performing an disarm. This doesn't seem like a big deal on paper but there are parts of some stages packed with enemies firing bullets that it can become an issue. Double so when you realize your level rank is severely impacted by how many parry disarms you do. A special ending is also closed off to those who don't master this ability.
Fallen Knight features no health pick ups, instead players generate energy by attacking enemies and can press a button to make Lancelot kneel and heal. You are not invincible doing this action and it is not an immediate heal, rather you have to hold the button down, so it isn't something you can really do in the heat of battle. Rather, it is best save for use after you cleared a screen of enemies. Now, the energy you use to heal doubles as the energy needed to unleash a "super move" so there is a slight balancing act between the two. 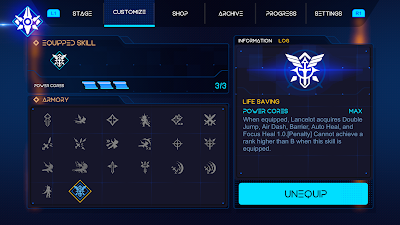 When you play the main story on Casual you are given the Life Saving skill. For the cost of all your cores, thus if you equip Life Saving you can't equip other skills, you are given Double Jump, Air Dash, Barrier, Auto Heal, Focus Heal 1.0 while also having your level rank capped at B. Using Life Saving makes the game far more manageable for people who are not great at these kinds of games but it does keep the true ending locked away from you. 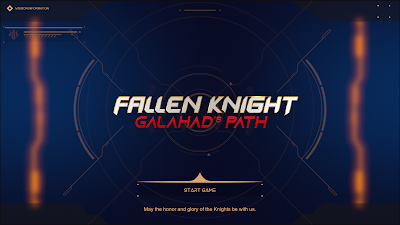 The Galahad Path has several changes to the gameplay that it is almost a second game. You no longer get to choose your level progression, instead the game railroads you on a set path. Additionally you have 1 single life to beat the game with and no Heal ability. With no health pick ups and no Heal ability you have to rely on Assassination, Galahad's version of the Parry ability, to heal your character as you are given 1 health unit per every Assassination you pull off. 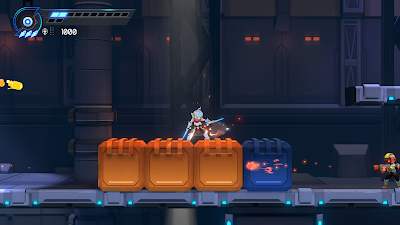 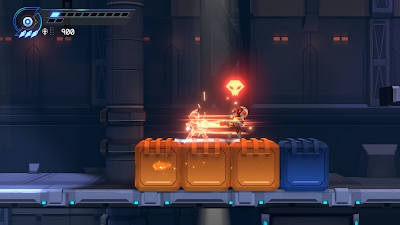 Final Verdict: Not Recommended
I kept going back and forth on whether I would recommend this one but I ultimately fell on the side of not due to all the small issues creating an aggravating experience. As I said, the game pushes you to use the parry system in order to earn Honor Points to use to unlock Skills but in doing so it forces plays into an unbalanced fight against the enemies of the game. Gaining nothing from killing them with standard attacks makes doing so almost seem like a waste and will force you to farm levels to earn enough Honor Points to unlock all the skills. Furthermore, locking some skills behind having to Parry bosses means the best skills will be kept from most players.
If this is the kind of game you like, the $14.99 price tag might not seem like too high a price to take a risk on the game. In fact, despite me not recommending the game I probably would have paid to give it a whirls as I do like these kinds of games myself. If you are on the fence about picking this one up you can watch me play the game on YouTube in the embedded video below.