My thoughts on Spider-Man's new costume... 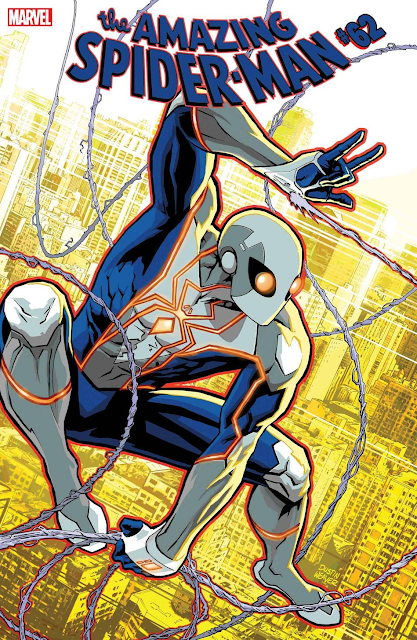 Marvel comics recently revealed the new look for Spider-Man that debuts in The Amazing Spider-Man #62. It is, according to Marvel, a suit developed for his next clash with The Kingpin. I'm sure this means the suit will have some features not contained in his original suit and perhaps a special gadget or two designed to capture the elusive Kingpin of Crime Wilson Fisk.
That said, I think this costume is hideous. The colors are bright and gaudy, the spider logo is overly big, and the eyes just look plain weird. This looks like the type of fan suit younger Spider-Man fans might dream of and not something a professional artist of designer would think of. This is to say nothing of the fact that the costume has a "glow" around it, red in the cover for #62 above and green in the cover for #63 below, that makes Spider-Man stand out odd among the background art. In my opinion this costume is a huge failure and hopefully it won't stick around long. 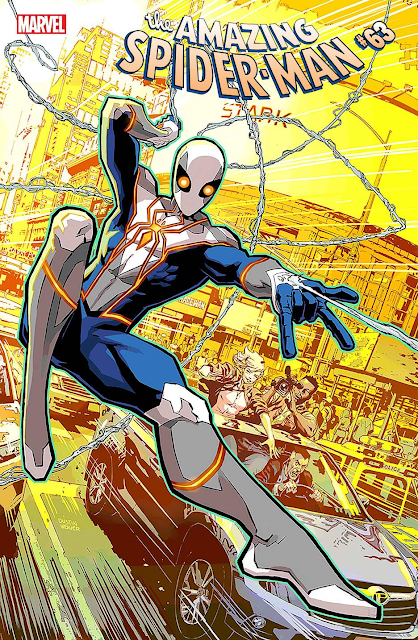