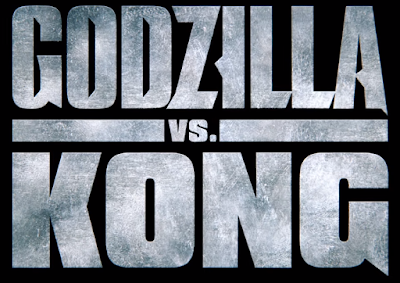 Warner Brothers dropped the trailer for Godzilla Vs. Kong today(1/24/2021) and I was blown away! Both Godzilla and Kong look impressive and realistic, which is something that past movies were unable to do, (I'm looking at you Godzilla 1998) and the brief fight clips we got have me really excited to see the whole encounter. This is a movie that should be seen on the big screen and it is a real shame that it is being released during a global pandemic.

From the brief exposition in the trailer it seems Godzilla has gone on a rampage and Kong is recruited to put a stop to it. This is quite odd since the last time we saw Godzilla he was reigning over the other Titans(kaiju) as King of the Monsters and it appeared that a sort of peace between man and Titan had been achieved. We are given hints that something or someone might be behind Godzilla going nuts and they could very well be the true villain of the movie.

Now, last year it was leaked that Mechagodzilla would be in the movie and there is a brief scene in the trailer that shows Shun Oguri, who plays Ren Serizawa, standing in front of a monitor that seems to display schematics for Mechagodzilla. While it makes sense that humans would want to build a giant robot to protect themselves in the event of another monster assault I believe Mechagodzilla was actually built to finish the plans of Alan Jonah and use the Titans to wipe the Earth clean. I believe Ren Serizawa will use the severed head of King Ghidorah to build his Mechagodzilla and it will allow him and his employers to control the other Titans. This would be a send up to one of  the classic versions of Mechagodzilla that was built from the remains of Mecha Ghidorah. Whether my theory is correct or not remains to be seen but you can view the trailer below and leave your thoughts and theories in the comment section.