Mario + Rabbids: Kingdom Battle is a turn-based strategy game developed by Ubisoft and released for Nintendo Switch in 2017. This title featured characters from Nintendo's Mario series and Ubisoft's Rabbid series. In 2018, they released the Donkey Kong Adventure DLC expansion pack. This featured a new campaign, starring Donkey Kong who was accompanied by Rabbid Peach and Rabbid Cranky.  At the time of writing, the title retails for $30 and the expansion for $15. The title itself can also be purchased digitally from the eShop while the expansion can be purchased as DLC. The expansion is also included in Mario + Rabbids Gold Edition. 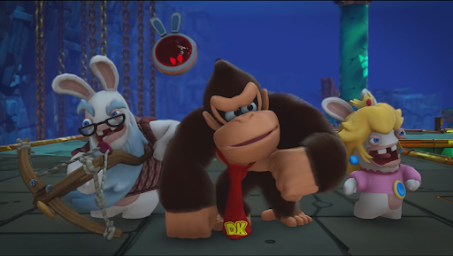 Story
This expansion features the Nintendo icon, Donkey Kong, in his own adventure in the world of the Rabbids. Featuring the antagonist, Rabbid Kong, this former boss of the main campaign became powerful thanks to all the bananas corrupted with the power of the game's Time Washing Machine. As BEEP-0 and Rabbid Peach get sucked into the new dimension, they partner up with Donkey Kong in a bid to get back to Peach's Castle. Their adventure comes with some hilarious scenes and several fun battles against the power-hungry Rabbid Kong. 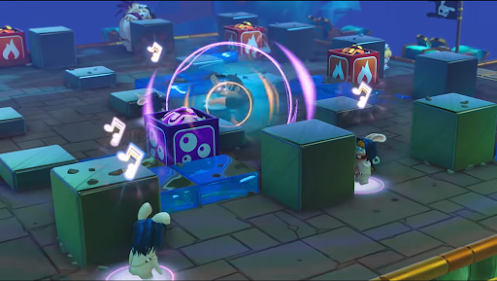 Gameplay
As with the main campaign, Donkey Kong Adventure features the standard turn-based strategy gameplay. Rabbid Peach is now accompanied by Rabbid Cranky, who can use AoE attacks, and Donkey Kong, who has his own playstyle. DK's a total tank who can absorb damage, call enemies over to him, attack multiple enemies with a boomerang banana, and deal out incredible damage. Plus the game introduces new map mechanics which allow him to swing across vines and climb up structures.
The new layer of strategy also invites a few new enemy types into the mix. Ubisoft kept this campaign fresh with new content, more challenging puzzles, and plenty of unlockables. Players seeking a fun challenge for around 20 hours will enjoy this as much as they did with the main campaign.
Audio
As Mario + Rabbids was composed by Grant Kirkohpe, Donkey Kong Adventure feels like a return to form for the former veteran composer from Rare. Known for his scores in Donkey Kong 64, Kirkhope remixed the DK Isles theme from the former game. Along with classic remixes of DKC's Kongo Jungle theme, this tropical island soundtrack involves a number of new and memorable themes from Kirkhope's repertoire. 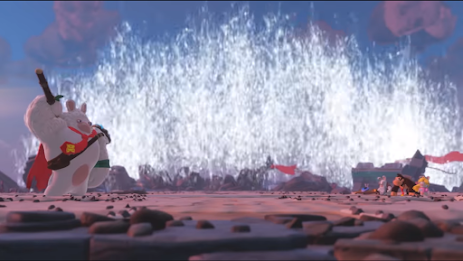 Final Verdict: Recommended
All in all, this offers a worthy expansion to an already great Nintendo Switch title. Fans looking for more will find plenty of challenge and humor in this expansion. Plus fans of Donkey Kong will surely enjoy the big brute's incredible strength and playstyle. If you already enjoyed Mario + Rabbids, be sure to check out the expansion!