Looking Back: The Legend of Zelda: The Wind Waker HD 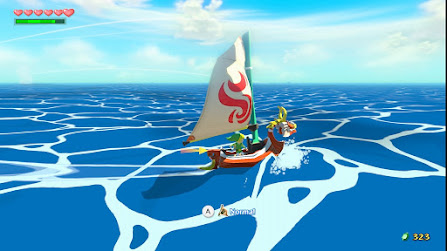 The Legend of Zelda: The Wind Waker HD is an Action/Adventure title developed by Nintendo. Originally released in 2003 for the Nintendo GameCube, the HD remaster came to the Wii U in 2013. The title can still be purchased on the Wii U eShop.
Nintendo's follow-up to the legendary N64 Zelda titles came with a controversial decision at the time. Featuring a new cel-shaded art style, many people expected this new Zelda title to be a disaster. The cuter looking graphics, however, belied one of the deepest stories which was set after the fall of Hyrule in Ocarina of Time. Despite the decision to push forward with the cel-shaded graphics, Nintendo wound up with massive success. Wind Waker's cel-shading would later inspire the graphics for the DS titles, Skyward Sword for Wii, and Breath of the Wild for Wii U and Switch. 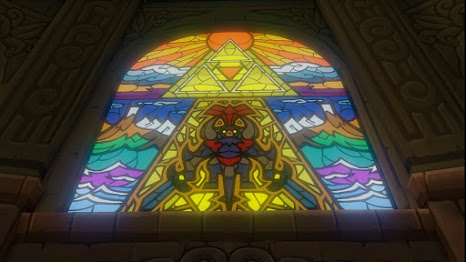 Story
Wind Waker takes place centuries after Ocarina of Time. Between the two titles, the Hero never appeared to combat the return of Ganon. As such, Hyrule fell into disarray and chaos. The Hylians pleaded to their gods as their world was destroyed.
The story continues the legend set from Ocarina of Time as you unearth its legend as Link. The young swordsman seemingly has no connection to the Hero of legend. However, clad in green, he takes up a sword to save his sister from a monstrous bird. The story unfurls its layers of storytelling throughout the game until the end.
Set on the Great Sea, this world is surrounded by islands. It isn't afraid to speak of death, tragedy, and contains among the strongest lore in the series' history. Despite its charming looks, Wind Waker's tale would inspire any Zelda fan. 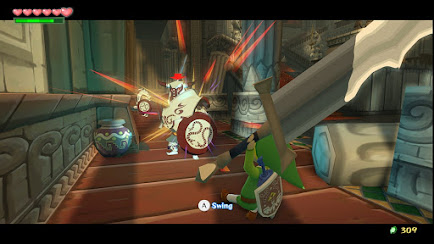 Gameplay
This 3D Action/Adventure title plays similarly to Ocarina of Time and Majora's Mask. However, Nintendo improved the action with more fluid movement, combat abilities, and some clever dungeon puzzles. In doing so, it raised the bar for combat and puzzle-solving to a new series standard. For instance, the Earth Temple featured clever light-reflection puzzles while the Wind Temple put you in charge of controlling the wind throughout an entire dungeon.
The problem with Wind Waker came from travel on the Great Sea. While the exploration was atmospheric, as you take in the scene in front of them, going from Point A to Point B could take a bit of time. Furthermore, a trial awaits you later in the game which makes you hunt down Triforce shards.
Despite this, Nintendo added several much-needed improvements in the re-release. Wind Waker HD allowed you to enter an auction and purchase a much faster sail. This sail could also change the direction of the wind automatically to avoid having to use the Wind Waker baton every time they wanted to sail. Additionally, the Triforce quest was vastly condensed from before, costing far fewer Rupees to decipher charts and taking less time than before.
The Wind Waker HD also includes a Hero Mode. The notoriously easy title now allows you a difficulty option to take double damage but can no longer find Hearts in the overworld. If you seek a challenge, this mode might be for you. 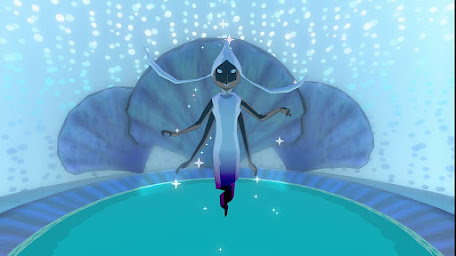 Audiovisual
The original Wind Waker boasted some of the best visual effects for its generation. The lighting, facial animations, and combat was strong enough that it aged phenomenally well. The HD remaster lightens it up with a bit of bloom and a fresh coat of paint making it, still, one of the best looking games today.
Wind Waker also boasts perhaps the best soundtrack in the Zelda series. The legendary castle theme features a haunting melody while Phantom Ganon's theme offers a catchy throwback to past titles. It's full of remixes and original melodies alike. The ending piece with the piano featured a fantastic theme to convey its emotion.
The coloring is also of some of the best quality known in Nintendo history. It can be bright and cheery like Outset Island or dark and gloomy like in the Earth Temple. Sitting underneath torchlight also showcases an example of the wonderful lighting and shadowing effects in the title. 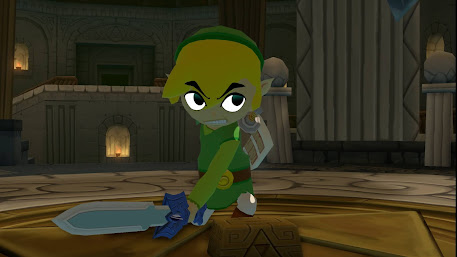 Extra
I love the Wind Waker's variety of weapons. While you won't get to upgrade to a Biggoron's Sword or change your Tunic and Boots, you still get some amazing items for battle and puzzles. The Deku Leaf blows wind while also letting you glide across the sky. It served as a precursor to the Glider in Breath of the Wild.
The Grappling Hook lets you swing across gaps as well as steal items from enemies. Meanwhile, the Skull Hammer can smash enemies and lower stakes in the ground. You can also find the invincible Magic Shield, power up your arrows with three elements, and even toss a Boomerang that targets multiple enemies.
All of these elements seamlessly blended together to create a wonderful experience for combat and solving dungeon puzzles. While the game was quite easy for its combat, the dungeon puzzles would surely give you a degree of challenge familiar with series' enthusiasts. Even first-timers would be welcomed to the wonderful world of Zelda with this entry.
Should also mention that Wind Waker offers a plethora of mini-games such as sailing over barrels, tile puzzles, and gliding over long distances. Plus with dozens of islands to explore, each one offers something different. If you've ever wanted to participate in an auction, you can also win some viable items as well including the aforementioned fast sail. 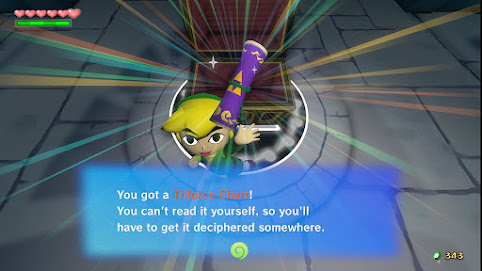 Verdict: Recommended
I cannot recommend Wind Waker enough. Minus a few of the tiny flaws mentioned, it's easily one of the finest games I have ever played and should not be missed by any Zelda fan. While the GameCube original is a classic and wonderful game, the QoL improvements of the HD remaster make the latter the definitive version to play. Sadly, it remains confined to the Wii U. However, perhaps with a bit of luck, Nintendo might unveil the title to come to the Switch for the Zelda series' 35th anniversary next year.