The Legend of Zelda 35th Anniversary: What I want to see 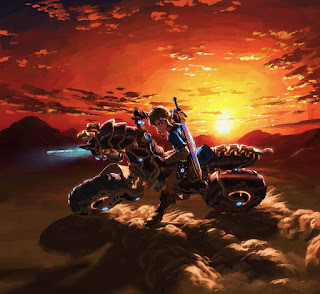 Nintendo recently kicked off their Super Mario Bros. 35th Anniversary celebration and it reminded me that the Legend of Zelda series will celebrate its own 35th anniversary next year. This timeless, fantasy series stars the hero Link as he saves Hyrule from the clutches of the dark lord, Ganon. While Princess Zelda played the role of damsel in distress, over the course of the series, she's taken on a more active role.
Nintendo celebrated the Zelda series' 30th anniversary so there is some hope they would celebrate the series' 35th. The recent Mario Direct raised the bar for Nintendo's approach to celebration so expectations are high for a Zelda 35th. That said, Nintendo has announced the re-release of Super Mario All-Stars, a Mario battle royale, the 3D compilation release, and even a Switch release of 3D World. This has fans stacking their hopes on Nintendo to come through for the Zelda series. Nintendo's upcoming Mario releases could set the tone for what to potentially expect for the Zelda fans worldwide.
As such, we're banking on Nintendo to deliver a few surprises. Along with anything from merchandise to musical concerts, we're sure to see a few re-releases in the process. We might even get a remake as well as a new game coming sooner than expected. That said, here is what I want to see for Zelda's 35th anniversary. 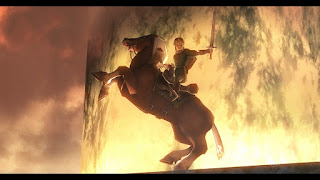 The Legend of Zelda 3D All-Stars
Featuring Wind Waker, Twilight Princess, and Skyward Sword, it would become all-too-possible for Nitnendo to release the Wii U's HD Remasters of these delightful classics. While Skyward Sword was not remastered for Wii U, the Wii version was ported to the eShop.
Wind Waker and Twilight Princess were both celebrated classics. The Wind Waker HD release remastered all models in the game, condensed the infamous Triforce quest, added a Hero Mode, and even added a faster sail. Twilight Princess HD received similar a similar facelift, Hero Mode, and other commodities.
Skyward Sword could use a remaster over a simple upscale. The critical fan would greatly prefer more traditional controls. While that would be possible on Switch, it would still include issues such as the many fetch quests, instances of backtracking, and fights with the Imprisoned. However, regardless of how Skyward Sword is released, it's entirely likely that Nintendo will follow suit with Super Mario 3D All-Stars and release a similar collection for the Switch. 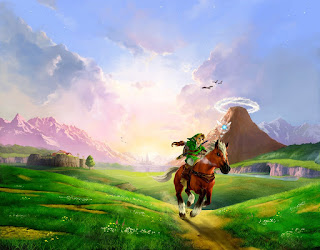 Ocarina of Time 3D and Majora's Mask 3D
Two of the most celebrated games of all time debuted on the Nintendo 64. When they came to 3DS, they received a complete graphical makeover, an upgrade to the framerate, and a number of solid extras. Ocarina of Time received Master Quest, a Boss Rush mode, and a much easier item interface. Players would never take this feature for granted when entering the Water Temple and equipping Iron Boots again.
Majora's Mask 3D offered a slew of quality of life improvements. The new save system lightened the burden for players when talking to the owl statues. Plus the boss fights received new challenging phases when reaching halfway through the fight. Also, New 3DS owners could change the camera angle with the right stick. Majora's Mask 3D gave players a wonderful experience for veteran fans and newcomers alike.
The only question about porting the game to Nintendo Switch would mean losing the dual-screen menus and touch features. However, fans of these games would certainly appreciate the 3D makeovers over the original N64 releases. It would also introduce players, who did not own the 3DS versions, to the remakes of their beloved classics. 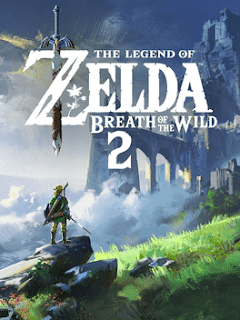 Breath of the Wild 2
It goes without saying that Nintendo has been tight-lipped about Breath of the Wild 2 since its initial trailer in 2019. Fans have been clamoring for news on the game. During the COVID era, which has proven to be a massive burden on Nintendo, it's become less likely that we would see anything regarding the game for at least another year.
However, while we do not know the game's release date, we do expect it to come within the next year or two. Releasing for the Zelda series' 35th anniversary would make for the perfect timing. 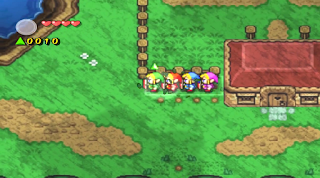 Four Swords
Another ideal title to commemorate the 35th Anniversary would be Four Swords. Originally released for the Game Boy Advance in 2002, the title received a GameCube sequel - Four Swords Adventures - in 2004. The title later received a 3DS wireless experience which was available on the eShop.
Four Swords featured cooperative and competitive play with up to four different players. Each one would take control of a different colored Link and the players would solve puzzles using teamwork and special items.  Nintendo released a similar game - TriForce Heroes - for 3DS in 2014.
The Nintendo Switch would perfectly compliment Four Swords' multiplayer title. It could be used for handheld play akin to the GBA/3DS installments. Furthermore, a console TV experience would bring back Four Swords Adventures gameplay but without the need for GBA/GC connectivity. 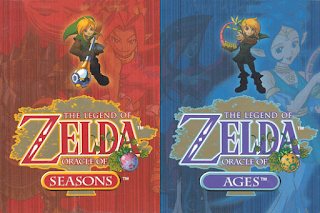 Remakes of The Legend of Zelda: Oracle of Seasons and Ages
Finally one of the biggest moves Nintendo could pull for the 35th Anniversary would be remakes of the Game Boy Color titles. Last year, developer GREZZO released the Switch remake of The Legend of Zelda: Link's Awakening. It included fine quality of life improvements and remade the game's visual style using a similar aesthetic but with beautiful lighting and animations.
GREZZO could likely take the same approach with the Oracles remakes which ran on Link's Awakening's engine. This could either be sold as two separate games, like before, or as a single adventure holding both adventures. This would also remove the need for passwords and allow players to transfer their save data on the same file.
The Oracle titles were among the best on the Game Boy Color as well as stellar Zelda games in their own right. Following suit from A Link to the Past and Link's Awakening, these games featured the ability to travel to the past and change the seasons to affect the climate. These mechanics were used to solve puzzles and progress through the stories. 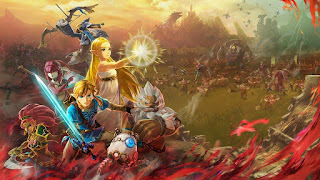 Final Thoughts
With as much that Nintendo rode on with the Mario35th Anniversary, it's highly unlikely that they will drop the ball on Zelda's 35th Anniversary. This celebrated series will surely have a number of games to celebrate 2021. However, these speculations are only what I think are the the most likely scenarios.
What are you expecting for The Legend of Zelda's 35th Anniversary? Let us know in the comments below. Finally, be sure to hit our Follow button on our social media links below and take our latest, quality gaming content with you!