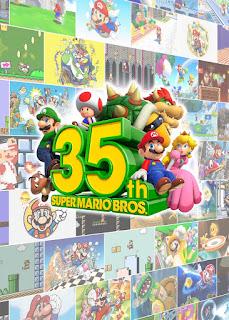 On September 3rd 2020, Nintendo showcased the Super Mario 35th Anniversary Direct. Featuring a celebration of Mario's lengthy history, it also offered some upcoming releases. Among these include re-releases of some of Mario's biggest adventures and several compilations.
Ten years ago, Nintendo received backlash from fans for their poor handling of the Super Mario 25th Anniversary. The celebration entailed solely a Wii port of the SNES title, Super Mario All-Stars. Not only did it exclude the revised version with Super Mario World, but the limited release also featured scant collectible items included inside.
However, Nintendo seems to have stepped it up for the 35th year anniversary. While no big new games were announced, one re-release shows promise thanks to an all-new campaign mode. Out of all the announcements, three notable titles stuck with us the most. 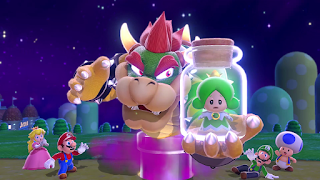 Super Mario 3D World + Bowser's Fury
Perhaps the single biggest announcement of the Direct included a re-release of the Wii U hit, Super Mario 3D World. While gaining the misfortune of being released on less-than-stellar hardware, Super Mario 3D World excelled at being a top-tier platformer. This wonderful title will now join its fellow Wii U releases as a Switch port.
However, to sweeten the deal, Nintendo has also included a new campaign to the game. Dubbed Bowser's Fury, the details remain scant but prove that there will be much more content than the original game. Furthermore, Nintendo also included online multiplayer into the title. 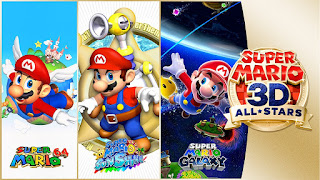 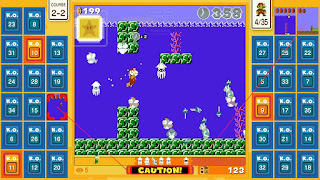 Super Mario Bros. 35
One of the most interesting previews comes from an upcoming Battle Royale game. Nintendo will delve into the increasingly-popular style with a new take on the classic NES title, Super Mario Bros. Featuring 35 players, this 2D platformer will feature each player trying to eliminate the others till the end.
While the Battle Royale gameplay continues to branch out into other genres, perhaps Nintendo's attempt to embrace it will become a breakthrough for Nintendo fans. For those who are not into shooters or other contemporary Battle Royale titles, breaking out the classic Mario experience against other players will warmly welcome them into the fold.
Notes
Please keep in mind that Super Mario 3D All-Stars will be available as a physical and digital release until March 31st. Furthermore, Super Mario Bros. 35 will be playable from October till March of next year. Nintendo's limited-release attempt seems similar to the Disney Vault approach.
However, that does not mean that they will forever be unavailable after a certain point in time. Perhaps with enough demand generated, these titles may stay playable for as long as anyone could guess. We will keep you up to date as we learn more.
With that being said, what was your favorite announcement in the Nintendo Direct? Let us know in the comments below. Also, be sure to follow us on the social media links below to keep up to date with our latest gaming news, previews, reviews, and editorials.