Nintendo recently released Kirby Fighters 2 for the Switch. Originally leaked on their website, the title was pulled briefly before being officially announced and released on the Nintendo eShop. As a sequel to the 3DS title, Kirby Fighters Deluxe, Nintendo finally opted to add co-op to the series for the first time. Plus they've added a new ability: Wrestler Kirby!
This Switch title is the sequel to Kirby Fighters Deluxe. The initial game itself originated from a mode featured in Kirby: Triple Deluxe (2014) for Nintendo 3DS. Unlike the typical 2D platforming gameplay, Kirby Fighters functions as a sort of arena fighter akin to Super Smash Bros.
When the original title released for 3DS in 2014, it came out to less-than-stellar reviews. Despite the pink puffball's passionate following, many chose to pass up on the spin-off title. It pays to mention that Kirby Fighters Deluxe featured no online play which baffled many players. Not only was this an arena fighting game but, during the same year, Nintendo released Super Smash Bros. for Nintendo 3DS which featured online play. 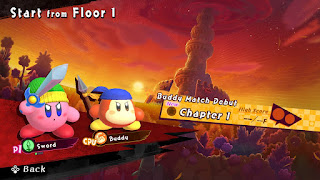 Fortunately, Kirby Fighters 2 does in fact feature online play. However, the sudden nature of its release makes reports of the online play's reliability scarcely known, although I will share my personal experience with it further into this article. Nintendo has a history of struggling with netcode for titles such as Super Smash Bros. Ultimate. However, it seems that they're playing with online modes in their more recent titles as well as future titles such as the upcoming Super Mario 3D World + Bowser's Fury.
Kirby Fighters 2 marks the second spin-off in a row for the series. Following the free-to-play, side-scrolling boss battle title, Super Kirby Clash, this is the second spin-off to follow after 2018's Kirby Star Allies for Switch. While the platforming series' icon has yet to feature in a new mainline title, Kirby Fighters 2 will still feature new elements for fans of the series.
Kirby Fighters 2 features both single-player and multiplayer modes. Players can duke it out against fellow Kirbies, classic enemies, and more in an arcade mode. It also features classic Kirby characters such as Meta-Knight, King Dedede, and even Bandana Waddle Dee. 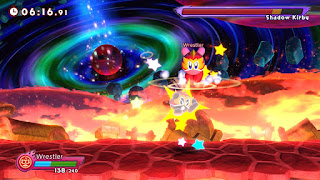 I've been playing bits and pieces of it. They've added a new Story Mode which more or less functions like an arcade mode in your standard fighting game. However, Kirby Fighters 2 is a platform arena fighter akin to Smash Bros. However, you'll use the Copy Ability you picked, items on the stage, and stage obstacles to your advantage. Plus you can play with up to 4 players.
First and foremost, though, I will say the online is laggy to the point of not even disappointing me at this point. It's pretty typical for Nintendo Wi-Fi games to lag. Even with a wired connection, when I got matched up, I had to endure a freeze-frame match on my second time online. I'm really surprised Nintendo still has not learned their lesson even after #FixUltimateOnline began trending and EVO chose not to host Smash Bros. Ultimate prior to the event being canceled.
However, I will say the story mode is pretty decent so far. Gameplay itself is undeniably fun. Even though it's using the same engine that HAL Laboratories has used since 2011's Kirby's Return to Dream Land for Wii, it's still incredibly fun and satisfying to land hits using your favorite Kirby abilities. Plus you'll unlock more abilities, stages, and extras the higher your fighter rank goes. 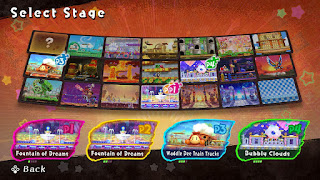 If I'm being honest here, Nintendo is sitting on a gold mine and doesn't even realize it. I'm amazed how games like Brawlhalla have become so successful thanks in no small part to the developers supporting their competitive scene. While I seriously doubt Nintendo will ever financially support their competitive scene, even prizes that they've used in their own hosted tournaments would be nice.
Kirby Fighters 2 could be another addition to fun, yet competitive gaming. Platform fighters certainly have a scene and Smash Bros. players would certainly enjoy Kirby. Give it more exposure, keep it updated, and fix online and it could be the start of something big.