EA games worth receiving a remaster 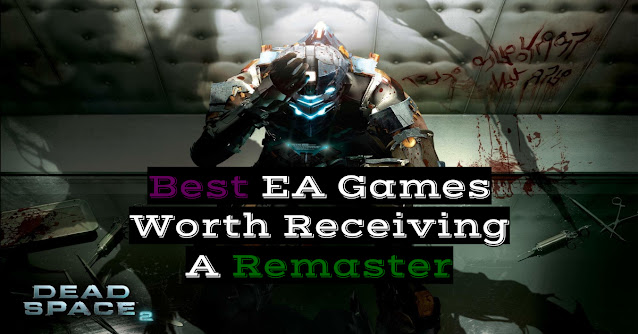 During the past couple of years, Electronic Arts have been releasing amazing games one after another. We had a handful of games such as Battlefield 5, Star Wars Jedi: Fallen Order, Sea of Solitude and so on. All these games are regarded as quality games by gamers. Yet, some EA games are forever forgotten in a limbo where the light does not shine.

However, that does not mean EA will not resurrected some of their IPs from the grave. In fact, they already remastered a cavalcade of games such as Burnout: Paradise, and Command & Conquer. Now, with the recent announcement of a Mass Effect trilogy remaster, I have seized this opportunity to write about five EA properties that I feel deserve a remaster.

These remasters will help re-connect the newcomers and the old fans together, and who knows maybe if the sales meet EA expectations, they might reconsider giving these games another chance. 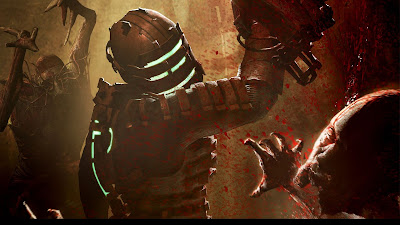 One does not simply, mention EA without remembering Dead Space. This game was widely loved by System Shock fans, as well as, Resident Evil veterans. It was what every horror fan had wished to see in a sci-fi action horror game.

The first installment was a masterpiece with its groundbreaking atmosphere, storyline, and plot twist. On the other hand, the sequel took the game into a higher level with its intense action-packed shooting sequences, the gory scenes, and how badass Isaac Clark looked. Yet, Dead Space 3 had sabotaged the franchise's reputation and shattered any hope for a 4th game. As you already know, Dead Space 3 was the reason behind Visceral Games closure.

Nevertheless, those who have played and enjoyed the franchise are patiently waiting around the corner for a remastered version which will shed light on their beloved franchise, and bring it back from the grave. 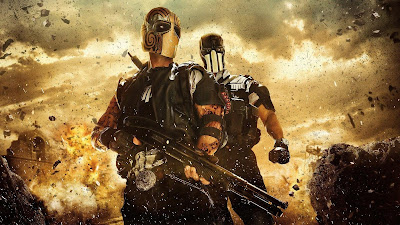 The Army of Two Series

For those who are not aware of this one, Army of Two is a third-person shooter video game series developed by EA Montréal and published by EA back in 2008-2012 for consoles. A completely different version of the game was released on the PSP as well.

The plot revolves around Rios and Salem as they work together to survive fierce enemies lurking in the corners. These two will try to uncover the conspiracy within the company that they work for.

The concept of the game puts a great emphasis on teamwork by using commands in order to accomplish the game's goal. In fact, some missions cannot be completed without this feature.

Army of Two went ahead and spawned two additional sequels. However, similar to Dead Space's situation, Army of Two: The Devil's Carter sabotaged the game's reputation by not meeting EA's expectations. This later led to the closure of the studio behind the franchise.

It's unlikely that everyone forgot this franchise existed, but gamers who enjoyed this one, are surely waiting patiently around the corner for the day when a remastered version of the trilogy becomes a possibility. 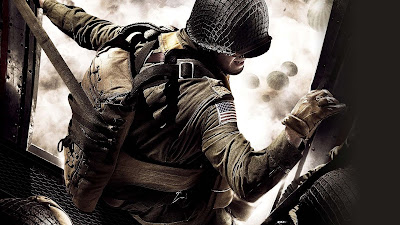 After a series of disappointing sequels in the Medal of Honor franchise that failed to re-capture the magic of the original Medal of Honor game on the PlayStation or Allied Assault on PC. Medal of Honor: Airborne rose out of the ashes to bring something innovative for its time.

2007 was one hell of a year. It was teeming with the best first-person shooters popping out left and right. For example, Bioshock, Crysis, The Darkness, Call of Duty: Modern Warfare and so on. However, unlike other WWII shooters where players start from a random place, Medal of Honor: Airborne took a different approach by giving players the freedom to jump from the plane and land in a different location using their parachute to begin the fight.

If any game deserves a remaster, it's Medal of Honor: Airborne. I'm sure players who are looking for first-person shooters that had innovative ideas at the time will surely like to see this game getting remastered. 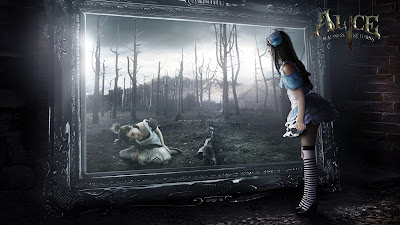 Alice: Madness Returns
One of the most unique games that set foot on the gaming industry. For those of you who aren't aware of this one, Alice: Madness Returns is a psychological horror hack and slash action-adventure game which has some platforming elements. The game was only published by EA, while it was developed by an Independent studio called Spicy Horse back in 2011.

The story revolves around Alice, a girl suffering from trauma after the death of her family in a fire, and no psychiatric in the world has the ability to save her from her nightmares. Instead, Alice takes it upon herself and plunges once again inside her astonishing world of Wonderland. On her journey she will discover the truth about her past. Eventually, she learns that a threatening evil is causing havoc and corruption in Wonderland.

This game acts as a sequel to the original American McGee's Alice game. It has brought several changes and new mechanics, as well as, breathtaking visuals that players won't stop gazing at. Only a handful of games dared to implement different genres in one game. Some of them failed in terms of financial success, and some were forgotten, or worse, not released at all.

It is definitely a game that should be revived with a remaster, or better yet, a re-release that will help people discover this piece of art. 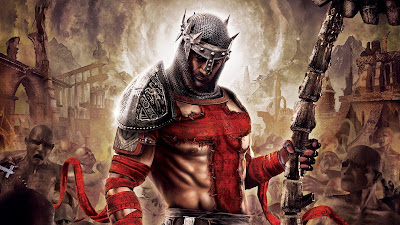 Remember how this game was compared to God of War in every aspect? From the gameplay mechanics to the seemingly similar enemies and so on and so forth. Needless to say, this game caused several controversies like any other game. However, Dante's Inferno carved its place into the gaming industry by creating what other developers couldn't emulate properly. In fact, only a very few managed to.

Nevertheless, Visceral Games proved itself worthy by making hell as scary as it gets. Yet, with a touch of aesthetics that left the player's jaw drops each time he gazed upon hell. The screams of the lost souls, the demons torturing the wicked people who caused suffering to other beings, the hair-raising atmosphere, everything was merged together to create a game called Dante's Inferno.

Despite the gameplay being a little slow and repetitive sometimes, Dante's Inferno fans are still waiting for a sequel to pop out someday, but it's unlikely to happen. That is why a remaster if it sells well, will push EA to re-consider their decision altogether, and who knows, maybe Dante's Purgatory will become a possibility. I hope you enjoyed this list. What games you think EA should revive in the near future?